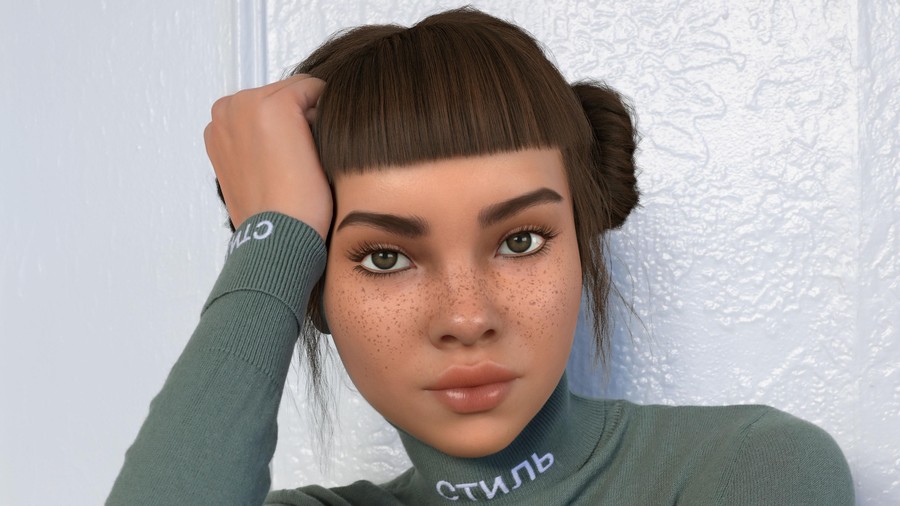 Computed-generated (CGI) influencers are a cash cow for companies: Brud, a company known for creating popular influencer Miquela Sousa a.k.a. Lil Miquela defines itself as “a transmedia studio that creates digital character driven story worlds.” The company is now valued at more than $125 million and other companies, like SuperPlastic and Toonstar, are also attracting major investor dollars. According to TechCrunch, the CGI-influencer market is “a new “kind of studio system—one that’s independent of the personalities and scandals.” Miquela is the crown jewel of Brud’s suite of internet avatars, which also includes self-described sex symbol Blawko22 and right-wing activist Bermuda, who were “dating” at one point; and thanks to her success, other companies have created a slew of other virtual influencers: Fashion brand Balmain’s “virtual army” consists of Margo, who Balmain creative director Olivier Rousteing described to Refinery29 as the french girl of his his childhood dreams; Shudu, white British designer Cameron-James Wilson’s computer-generated supermodel; and Zhi, an avatar of Chinese descent designed to resemble David Bowie. In an open access Google Doc, Brud’s creators explain that Miquela is “as real as Rihanna,” but that isn’t exactly true; while Miquela’s influence—and the purchasing power of her fans—is real, she’s not, but the company that created her still fully leans into the idea that she’s a queer woman of color.

It’s a deliberate choice: CGI influencers make companies money without the trouble of a fully realized humanity. Miquela doesn’t say no, boycott, or offer up opinions that might threaten the bottom line. Virtual influencers are moneymaking vessels that bend to the will of corporate interests in a world full of new-age cultural posturing. From Disney attempting to copyright Día de los Muertos and Frida Kahlo’s face gracing socks, phone cases, candles, and Post-It notes to intersectionality becoming a misused buzzword and influencers Blackfishing, identity has become a form of cultural currency, used primary to turn a profit. Miquela falls perfectly into this new equation: Brud ventriloquizes queer, second-generation immigrant identity through Miquela’s increasingly targeted posts about her racial background. There’s something sinister about Brud using Miquela’s half-Spanish and half-Brazilian design to market mixed-race identity as a form of power and cache; her curated ethnicity—specifically created to appeal to Generation Z—slots neatly into the age old “mestiza.”

“Mestizaje” is broadly defined as the racial and cultural mixing of indigenous people in the Americas with European settlers. As a concept, the term is used to represent the ongoing psychological, cultural, and political repercussions of colonialism or a clashing of loyalties between colonizer and colonized housed within a single body. “Because I, a mestiza, continually walk out of one culture and into another because I am in all cultures at the same time,” Chicanx writer and activist Gloria Anzaldúa writes in her iconic 1987 book Borderlands/La Frontera. Anzaldúa positions this mestizaje as a strength. By developing a concept called “tolerance for ambiguity,” Anzaldúa argues that mestiz@s can harness this contradictory experience to exemplify a tolerance for difference. Though straddling several cultures can take a psychological toll, Anzaldúa’s work reveals how code-switching can become key in forging a more inclusive world.

While Anzaldúa’s work mourns an inability to belong while also encouraging mestiz@s to repurpose it for greater good, Brud misrepresents this in-betweenness. In Brud’s view, mestizaje makes Miquela the coolest girl on the internet. Comments under Miquela’s Instagram posts range from people admiring her clothes to being outraged about her existence to feeling just plain confused about the entire bit. But there’s a growing group of her followers, most of whom are preteens, who effusively proclaim allegiance to her computer-generated features: her eyes, her nose, her freckles. Others demand answers about how she came to be: “You are you, really?” one commenter asked. “Are you a robot?” another questioned. And my favorite comment remains “This is fucky.”

There are specific “fucky” racial and general cultural implications of Miquela’s so-called existence. Most notably, she has a name that multiple cultures can claim with a face that can belong to any community. Miquela’s half-Brazilian, half-Spanish existence is a beacon of ethnically ambiguous Gen Z ambition; her Instagram grid is full of street-style photos of her posing in designer streetwear alongside posts about more progressive, activist projects. From Spanglish interviews with Colombian reggaeton artist J Balvin to her claims of being a working-class Latinx person from Downey, California, Miquela easily wields the painful cultural in-betweens that Anzaldúa describes in Borderlands/La Frontera. For instance, an April 2018 Lil Miquela Instagram post reads: “I’m not sure I can comfortably identify as a woman of color. ‘Brown’ was a choice made by a corporation. ‘Woman’ was an option on a computer screen. My identity was a choice Brud made in order to sell me to brands, to appear ‘woke.’ I will never forgive them. I don’t know if I will ever forgive myself. There it is for the digital universe to feast upon: an unabashed staging of diversity without the actual presence of people of color.”

I anticipated commenters pushing back, but a lot of them expressed understanding instead: “I wish you were real so I could hug you right now!” one commenter wrote. While this response might seem jarring or even silly for those who haven’t been following Miquela and other simulated influencers, it’s par for the course. Though Miquela only exists on the internet, there’s something distinctly human about what can be perceived as the avatar’s unbridled sincerity. She’s speaking to a relatable crisis of belonging that many people, myself included, can relate to. But she isn’t a human; she’s a mask of one.

“The buying and selling of mestizaje promotes a politics of neutralization, a post-racial politics that gets us to buy in to global capitalism or ‘The American Dream,’” Dr. Jeffrey Santa Ana, an English professor at Stony Brook University, says. “What it really says is, ‘put aside your differences, forget about the past, forget about history, and continue to invest in the economic, cultural politics as usual,’ which in our era does nothing but uphold white supremacy.” What exactly is Miquela selling? Belonging, agency, or simply the right for white consumers to fit in anywhere and everywhere? Is it possible that Miquela is just enabling white people to lay claim to minority identitarian issues with a single Instagram tap

Brud leapfrogs through identities, continuing to build on their brand in ways that might seem normal for an actual person, but are worthy of suspicion, given that her character is presumably being developed by a digital marketing team at a tech company. She’s not actually a woman of color struggling with her identity under the microscope of fame; she’s a creation using identity to sell products and a lifestyle. While Miquela lamented her inability to embrace being a woman of color, she also shared a kiss with Bella Hadid to sell Calvin Klein underwear and launched the “404 Not Found” clothing line, which uses the tagline “this is where we feel alive” and takes its cue from representational arts practices such as Chicanx artist Guadalupe Rosales’s Instagram accounts Veteranas & Rucas and Map Pointz, respectively, that archive Chicano youth culture.

In “Feeling Ancestral,” an essay that appears in the 2015 anthology Racial Feelings: Asian America in a Capitalist Culture of Emotion, Santa Ana writes that “the commodification of racial mixture allows us to feel the euphoria of consuming social change while simultaneously forgetting our melancholic past.” Miquela’s easily digestible version of mestizaje offers a glimpse into an alternative universe where implication and culpability don’t exist, erasing any trace of colonial violence and historical oppression. As a simulated influencer with an ever-growing following and brands behind her, ready to pay for access to a relatable, oppressed queer young woman of color without having to actually work with queer women of color, Miquela espouses vague messages about equality while simultaneously commodifying social progress for capital gain. Miquela represents only one example of how we have given ourselves permission to give up.

At its heart, the Miquela project is about consumer safety; she makes followers feel simultaneously less alone and in the know while also creating distance between themselves and the real people who inhabit the identities that a company applied to her. Or as Santa Ana reminds me, “We can’t expect a product to represent insurgent politics. That is the work of artists, scholars, and lawmakers. It won’t come through with a doll.” 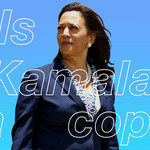 by Rachel Charlene Lewis
What does it mean that “Kamala is a cop” is being called a meme as a means to dismiss it? 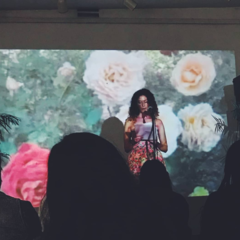