Who Run the World? | Bitch Media 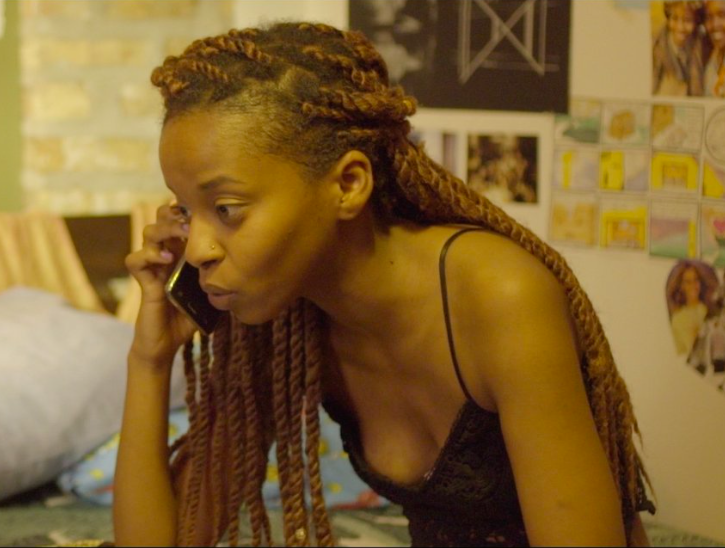 It’s not very often that we get to see Brown girls being, well, girls. If women or girls of color are represented at all in the media, we’re either some stereotype in the news (welfare queens, angry Black women) or we’re the second fiddle “best friend” of the main character. We don’t ever seem to have any interests outside of the life of our white best friend, much less desires and dreams that exist outside the white gaze.

Brown Girls is a webseries starring Nabila Hossain as Leila and Sonia Denis as Patricia that aims to give us just that: the everyday lives of women of color. Leila (who is south Asian) and Sonia (who is Black) are two best friends living in Chicago dealing with the everyday things that are actually everyday normal things Brown girls deal with, like relationships and work. And while it may seem like “everyday normal things” could be perceived as less compelling than a more “gripping” subject like overt racism, it’s the daily routine that we really need right now because that’s where the nuance lives. We live the everyday and need to see the everyday showing Brown girls living complicated nuanced lives as fully actualized human beings.

For instance, there is a scene of Leila in the bathroom with a girl who has been a long time hook up. As Leila uncomfortably brushes her teeth preparing for the awkward send off, the hook up demands a more definite description of their relationship. “Do you want to be with me, or not? It’s that simple,” she says. In the long pauses that rest between them, it’s clear that it really isn’t that simple, not for Leila. Leila’s eyes dart around the room and she focuses far too intently on her tooth brushing. She isn’t looking to say yes or no to the relationship, but a way to not have to answer at all.

This complicated dynamic follows both Leila and Patricia throughout their lives. When Patricia announces she has a meeting with her mother, she asks if Leila could come with her (“My mother likes me more when you’re with me!” She tells a reluctant Leila.) Meanwhile, Leila has her own hands filled with an overbearing aunt who calls her far too early in the morning and demands to know if Leila will be going to mosque. And yet, even as this aunt is far too pushy, she’s also Leila’s only living relative; giving space to the complicated realities that we all live in when family may be annoying and inconvenient but the only support we’ve got.  Set against the background of Brown lives, Brown Girls presents common life complications through the much needed lens of women of color, normalizing the truth that life—with all its pain, awkwardness, hook ups, BFFs, and confusion—exists outside the white gaze.

Brown Girls is written and created by fellow Brown girl, Fatimah Asghar who says that the series is loosely based on her own life and her relationship with her own best friend. It’s easy to see that. The episodes ring true to daily life for women of color. While it’s true that interacting with white supremacy often rains down unavoidable systemic violence on the bodies and lives of people in the community, it’s also true that people of color spend most of their time doing normal things that white people do, like having fights with hookups and avoiding family members.

The dialogue does get a little clunky here and there. Asghar often has her characters blurt out intimate details, like when Leila asks Patricia about the used condom in the trash and Patricia responds, “Damn he sure knew how to use that tongue though.’’ While it’s certainly not beyond the realm of imagination that two best friends would be entirely comfortable chatting about a used condom in the trash or how satisfying a hookup’s tongue felt, it also made me think of when I was living with my best friend and how while we did talk about sex, a lot, we at the same time would do our best to not be home when the other was hooking up. The reality is if either of us were inconsiderate enough to leave a used condom in plain sight (even if it was in the trash can!) there would probably have been an immediate fight. Because, well, yuck.

And that seems to be the something that’s missing in this series so far. There are no apparent existing tensions between the friends, there are no weird peculiarities in one that the other friend just doesn’t understand but puts up with. If they’re fine with finding each other’s used condoms, then surely one of them must be irritated with how the other refuses to put toilet paper on the roll or gets too anal retentive about cleaning. In early episodes, there has not been anything that really invites the viewer to imagine there’s a reason why these two best friends haven’t gone ahead and hooked up with each other.  We may still see this tension unfold, but the lack of complication between the two central characters rings untrue when every other relationship is lined with drama, tension, and conflict.

Brown Girls might draw  comparisons to other ‘girl’ centered shows like Sex & the City or Lena Dunham’s Girls. While Brown Girls certainly does draw on similar themes like sex, relationships and family, by centering those themes on the lives of women of color, you get a fresh and interesting series that promises to be more than some tired retread. Brown Girls normalizes what it means to be a woman of color, but more importantly, it shares the stories of two women of color that I’d really like to know.

Season 1 of Brown Girls is available to stream on Wednesday, February 15, on Open TV. There are also going to be viewing parties in different cities across the globe! Check out this link for a screening near you!