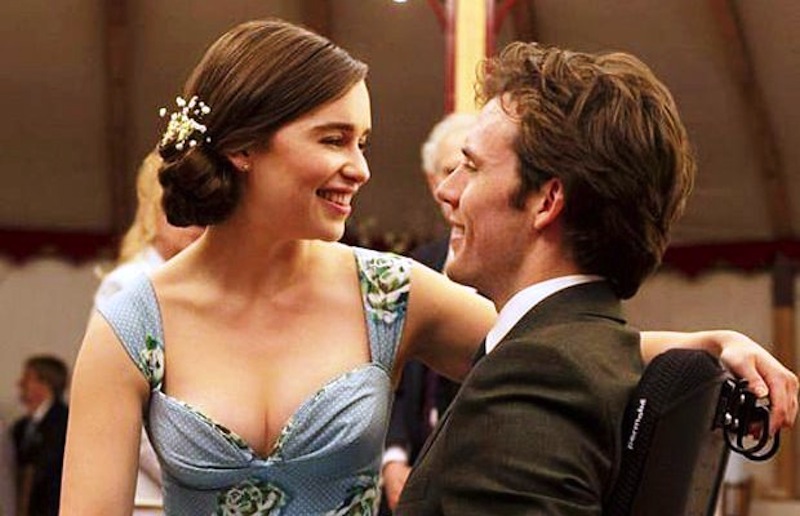 This article includes plot details about the film Me Before You.

The drama Me Before You, which centers on the story of Will Traynor (Sam Claflin), an absurdly wealthy quadriplegic man, has been criticized by the disability community since it started picking up steam. Nondisabled audiences seem to be loving the film—so far, it has made $18.7 million, making it the third-most-popular film in America right now. Screenwriter and author of the book the film is based on Jojo Moyes has penned an ardent defense. So what’s the deal with Me Before You, and why is it so polarizing?

First, for those unfamiliar: Me Before You is the story of rich guy Will, who hires Lou Clark (Emilia Clarke) as a personal companion. (She doesn’t have to deal with the icky “physical stuff,” as is explained at painful length.) She’s your classic manic pixie dream girl, but when she finds out that Will wants to commit suicide, she takes on a personal mission to change his mind.

On an artistic level, Me Before You is a hot mess. It’s been panned by critics like Michael Phillips at the Los Angeles Times as well as A. O. Scott, who wrote a deliciously biting review at the New York Times. His commentary on the ending is particularly sharp: “The conclusion might not really be sad at all. Lou gets a lot of money and a fresh croissant. So maybe I had it all wrong, and those tears were tears of joy.”

Stephanie Merry at the Washington Post didn’t speak very highly of it either. It’s tanking on Rotten Tomatoes when it comes to aggregate critical reviews, but audiences are lapping it up—it’s got an 83 percent score from viewers. This profound disparity speaks to a lot of things, and it’s not just snobbishness on the part of critics.

For nondisabled viewers, Me Before You represents a crystallization of the abelist gaze. Hollywood wants something very specific from disability-related film and television: It wants stories that are “inspirational.” The vast majority of films featuring disabled characters have been stories that end in death (see: Million Dollar Baby, The Fault In Our Stars), or they are inspirational “plucky cripple” stories (The Theory of Everything, The Secret Garden). The core messages of these films are that disabilities are miserable, that people with disabilities are in despair, and that disabled people live solely for the edification of others.

In Me Without You, this theme is taken to a logical extreme: Better dead than disabled. Will ultimately commits physician-assisted suicide at the end of the film because he allegedly cannot bear being disabled—the hateful trope of being “confined to a wheelchair” is a prominent player in his decision to kill himself. This implies that it’s impossible to live a full and active life with a disability. The film even implies that it’s not feasible to have sex while disabled, or, as activist and commentator Lawrence Carter-Long put it, he doesn’t get laid.” 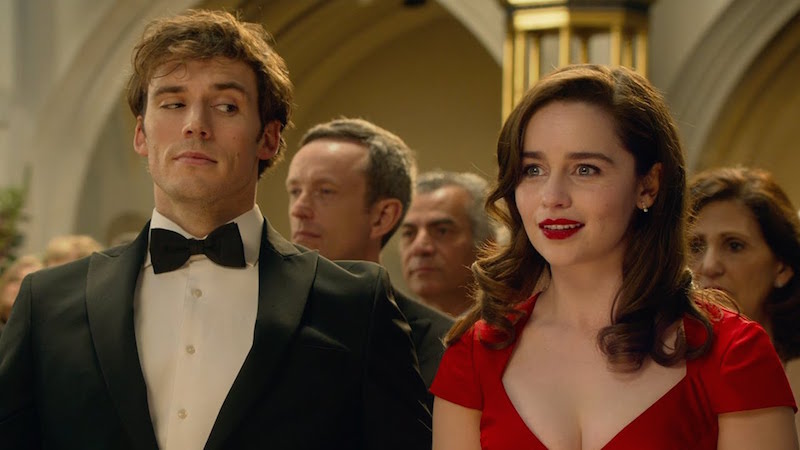 California’s recent passage of a physician-assisted suicide law, for example, was driven by the case of Brittany Maynard, a young woman with terminal brain cancer—terminal illnesses and their accompanying disabilities tend to be a cause celebré for assisted suicide advocates. Her quest for physician-assisted suicide made headlines because she was young, conventionally attractive, and tragic; and society responded by repeatedly affirming that death is indeed better than disability in opinion editorials, supportive commentary, and more. Instead of discussing the structural issues that contribute to suicidal ideation among disabled and terminally ill people, terms like “autonomy” and “dignity” were invoked.

That’s precisely why the disability community is so furious. Me Before You is sending some very dangerous messages to viewers—this is not “just a movie” but is something much darker. It’s a film that articulates and reinforces existing stereotypes about people with disabilities.

Disability representation on film and television is extremely scarce, and there’s a common argument that “any representation is good representation” and disabled people should be glad for whatever scraps we can gather from the table. After all, if we don’t like the film, as the commenters on another Washington Post piece suggest, we should just make our own.

This puts the blame for the lack of diverse representation into the laps of the people who are least able to do anything about it: We have poor disability representation in Hollywood because of disablism and because there are tremendous barriers to producing film and television about disability unless it meshes with the desires of nondisabled studio heads and officials. Even when studios grudgingly agree to produce disability content, the actors, as in this case, are almost all nondisabled.

Moyes, and the rest of those involved in Me Before You, defend the film by saying that it’s only telling one person’s story. But the problem is that this is the only story we see represented in media and pop culture, and this particular story happens to be extremely unrealistic to boot. Will enjoys a level of privilege that’s unimaginable to the vast majority of disabled people: He has the kind of resources to pay for aides, accessibility modifications, and anything else he might desire.

Most actual disabled people, by contrast, lead very different lives. 28 percent of disabled people in the United States live in poverty, and of those who do not, very few have the kind of resources that Will does. Instead, we must fight for every dollar of benefits and often have to turn to crowdfunding platforms to meet basic needs, from replacing wheelchairs to installing lifts to get in and out of bed. Nondisabled people hear things like this and think that disability must be awful instead of asking themselves what it would feel like to have to beg for thousands of dollars from strangers on the internet to be able to get out of bed and take a shower.

Disabled people live in constant states of financial precarity and stress. That’s one reason why physician-assisted suicide can seem appealing to some, as many people cite not wanting to be a burden on their families, or being unable to afford care, as reasons for wanting to commit suicide. This is hardly “dignity in dying” but is rather a reflection of a profound devaluation of human life. Yet, when people go to see films like Me Before You, the notion that death is worth more than disability is validated, and they don’t consider their role in the structural systems that degrade quality of life for disabled people.

This film sends a signal that disabled lives are inherently valueless and that it’s impossible to enjoy good quality of life if you’re disabled. After all, if you’re wealthy, with the world at your fingertips, and you’re still not happy, doesn’t that mean that the problem is your disability and your failure to adapt, which is what Moyes cited as the inspiration for the book?

“Moyes imagines a world in which disability is synonymous with misery and assisted suicide is the only solution,” writes Emily Ladau. The writer and disability activist notes that films along the lines of Me Before You suggest that disabled people cannot “live boldly” because their lives are inherently dragged down by the nature of their disabilities. When nondisabled people encounter this narrative and this narrative only, it’s easy to internalize, and it turns into fear and hatred of disabled people, especially those who are proud of their disabilities and are determined to fight for full social inclusion.

Thanks to worldwide protests and successful hijacking of the #MeBeforeYou and #LiveBoldly Twitter hashtags, the disability community is making itself heard this time. But it’s unclear whether that message is getting through to a lot of fans of the film—and judging from the response to the protests from the actors and producers, it sounds like the studio definitely isn’t interested in listening.

The purpose of the book is to argue assisted suicide and to give a reasonable case of which it would be understandable to consider. With this in mind, the book is successful. If you read the book, you see that she goes online and finds hundreds of people who face the same disability, yet live their lives to the fullest. Will is the outlier in this case and that's exactly the point. So if you understand the purpose, then you understand the context and therefore the storyline is good. So read the book first before you judge it.

As a man of marriageable age with a mental rather than physical disability (Asperger's syndrome) I find it very insulting that Hollywood would want to exploit disability in this fashion. This is yet another indication of how the people running the business can't kiss the old moguls' asses when it comes to both turning out quality product while at the same time totally respecting the intelligence of their audiences. Maybe if they paid more attention to the audience at home and less to trying to get money out of China any way they can, we'd all be better off.

The problem is the context. The author and director have been quoted as saying they deliberately didn't include things like using a hoist to get into bed or having someone else wash you. For me, as a disabled woman, this is the reality of my life. I can't live a Hollywood censored life. And if you dont portray his reality, how can you have an informed discussion about suicide?