Why Is No One Talking About Kesha's Rape Case? | Bitch Media

Why Is No One Talking About Kesha's Rape Case? 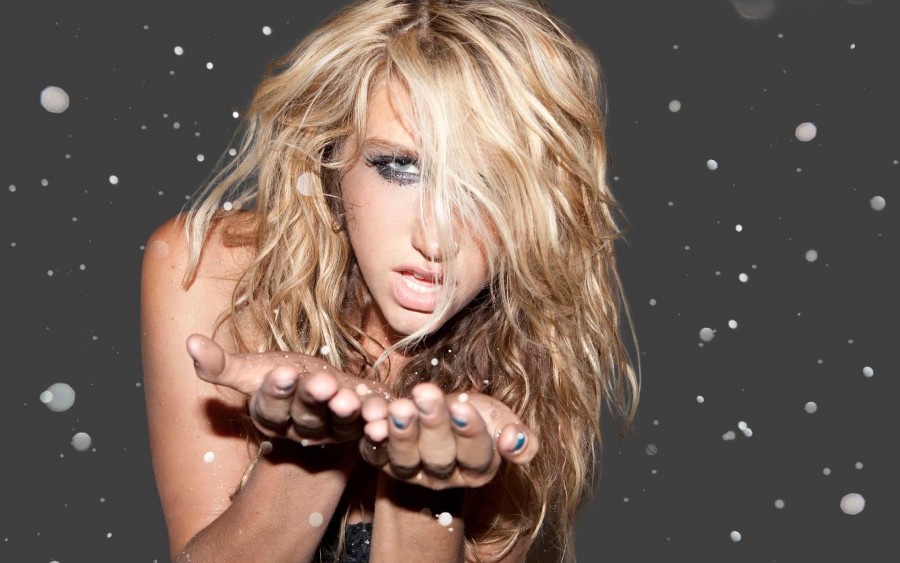 Update February 19, 2016: Today New York's Supreme Court rejected Kesha's preliminary injunction to end her contract with producer Dr. Luke. As part of the affadavit in the case, former Universal Music Group Distribution CEO Jim Urie argued, “If Kesha cannot immediately resume recording and having her music promoted, marketed, and distributed by a major label, her career is effectively over.” But the judge ruled that the artist was trying to get out of a contract that is “typical for the industry.”

Last September, hit recording artist Kesha filed a lawsuit against her mentor and producer Lukasz Gottwald (better known as Dr. Luke) in an effort to be released from her recording contract with his company. In her suit, the singer says the prolific hitmaker “sexually, physically, verbally and emotionally abused” her over the decade they'd worked together, to a degree that he'd “put her life at risk.”

The fact that her story has garnered very little mainstream coverage is shocking, given the profile of the accused and accuser. Dr. Luke, who has filed a counter suit against Kesha alleging defamation and breach of contract, is known for his behind-the-scenes work and the cultural footprint he's made on our airwaves is massive. As a producer, Dr. Luke is responsible for 37 top-10 singles, including nearly all of Katy Perry's hits, Miley Cyrus songs “Party in the U.S.A.” and “Wrecking Ball,” and many of Britney Spears' best-known tunes. He's the writer and producer, as well, behind many of Kesha's biggest hits, including her two number one songs, “Tik Tok” and “We R Who We R.”

Kesha's lawsuit alleges at least two specific accounts of rape. In one, she says the producer forced her to inhale a substance prior to boarding a plane which left her incapacitated and, while in the air, sexually assaulted her. In the second, he gave her what he referred to as “sober pills,” which she says she later learned were GHB, a date rape drug. In that instance, the singer says she woke up the next morning feeling sore and disoriented in Dr. Luke's bed, with no memory of how she'd wound up there.

What are we to take from the reality that few people seem to care about Kesha’s case? Her public image is as a crass party girl and Dr. Luke helped her career in many ways—is her case being overlooked because she doesn’t fit into the “perfect victim” mold?

Kesha signed a contract with Dr. Luke when she was eighteen, and the producer's defense thus far has revolved around evidence of her gratitude toward him. Luke's lawyer, for instance, has produced a birthday card from Kesha, which reads, “To the foxxy-est producer ever! Ur just getting better with time! Thank you 4 helping me make my wildest dreams come true! I love you!”

This argument—that a woman being helped by a powerful man could not also be violated by him—is just plain wrong. As the many, many stories offered by Bill Cosby's accusers demonstrate, it's entirely possible that a man in a position of power will use his status to exploit a young woman he's purporting to help. Dr. Luke was indeed in a position to make Kesha's “wildest dreams come true,” just as Cosby could have helped those women he invited back to his room with offers of advice and guidance.

Kesha's first big hit, “Tik Tok,” peaked at number one in January 2010. She says she sought to break new ground for female artists by writing explicitly about drinking and sex, but that gender stereotypes led the media to portray her as a “train wreck” rather than a rock star. In January 2014, after releasing a string of popular tunes, she entered rehab to treat an eating disorder.

While in a Chicago treatment center, she began to express a newer, perhaps more authentic side of herself, changing the spelling of her name from “Ke$ha” with a dollar sign, to “Kesha” with an “s,” and switching her twitter handle from @Ke$haSuxx to @KeshaRose. Kesha's mom spoke to the press when the singer entered rehab, explicitly blaming Dr. Luke for her daughter's struggles with weight, saying the producer constantly criticized her appearance, and “told a friend of ours he thought she looked like a refrigerator on her latest video.”

Even before her treatment, stories circulated about how Dr. Luke actively controlled the singer's artistic output and image. In fall 2013, in fact, fans started a  “Free Kesha” campaign, circulating a petition to spring the singer from Luke's micromanaging guidance, and leaking adventurous Kesha demos that suggested she had other musical paths she wished to explore. 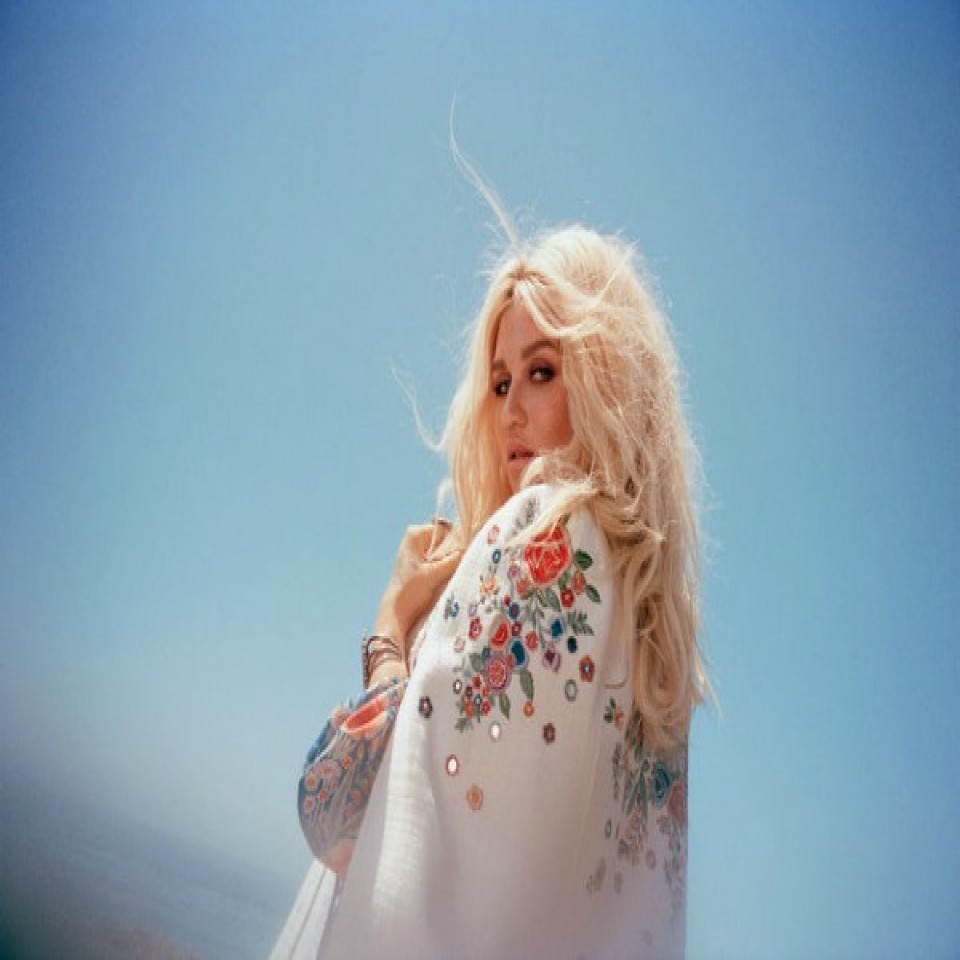 Kesha expressed gratitude about her fans' actions at the time and confessed to feeling stymied. “What's been put out as singles have just perpetuated a particular image that may or may not be entirely accurate,” she told Rolling Stone. “I'd like to show the world other sides of my personality. I don't want to just continue putting out the same song and becoming a parody of myself. I have so much more to offer than that and I can't wait [until] the world really gets to hear that on the radio.”

Anyone familiar with domestic violence dynamics will likely not struggle to find a plausible connection between the abuse Kesha alleges and the overt control Dr. Luke clearly exercises over the singer's creative output. In her detailing of the producer's verbal abuse in her lawsuit, she shows how he belittled her in an effort to sow doubt in her mind about her talents and appeal. The lawsuit claiming he said, “You are not that pretty. You are not that talented. You are just lucky to have me.”

Kesha says it was the accumulation of this abuse that fed her eating disorder and led her to rehab. She's now suing to be free from Dr. Luke, but the producer is fighting the effort. His attorney told Rolling Stone, “Kesha and her mother are engaged in a campaign of publishing outrageous and untrue statements about Dr. Luke to third parties, including scurrilous and false statements of purported physical and mental abuse of Kesha.”

The suit itself has hit a technical roadblock. Kesha filed her suit in California, but a “forum clause” in her contract stipulates disputes regarding it must be handled in New York. Given that, the California Judge overseeing the case has put it on hold.

As the case drags on, months of Kesha's career fade away. Her videos are problematic—she's engaged in all kinds of cultural appropriation—but the content of her art is beside the point here. Instead, this is a story of a female performer hindered, once again, by a producer she alleges has abused her repeatedly. One wonders where the outrage is over this matter, particularly given it's eerie similarity to the story of Jackie Fox of The Runaways and her late manager Kim Fowley, which riveted the internet so recently. Kesha deserves our attention as she seeks autonomy and justice. The world listened to her music; now it should listen to her story, which sounds like one that’s all-too-familiar for young woman in the entertainment industry.

This story has all the hallmarks of "the Cosby Effect." It sounds like there has been an ongoing pattern of abuse, public announcement of the abuse by the victim, backlash against the victim, enhanced abuse by the system designed to protect victims and naturally, disbelief and against the victim. If the pattern is a complete match, there should be other victims out there deciding whether they want to endure this process.

It's shocking how many people came out and said that they were aware of the allegations (before the Cosby cases went public) and simply snickered to their friends or ignored it altogether. It took a male comedian's stand-up act to mention Cosby's rapes before practically anyone to pay attention. Only after the routine did anyone, including reporters to ask: "What did Dr. Huxtable do?"

This story is the only thing I've heard of regarding Keisha and the suit. I'm wondering if it's going to take John Oliver to mention it on his show before the story "gets legs."

There's a simple answer to your question:

Because there isn't sufficient evidence a rape took place.