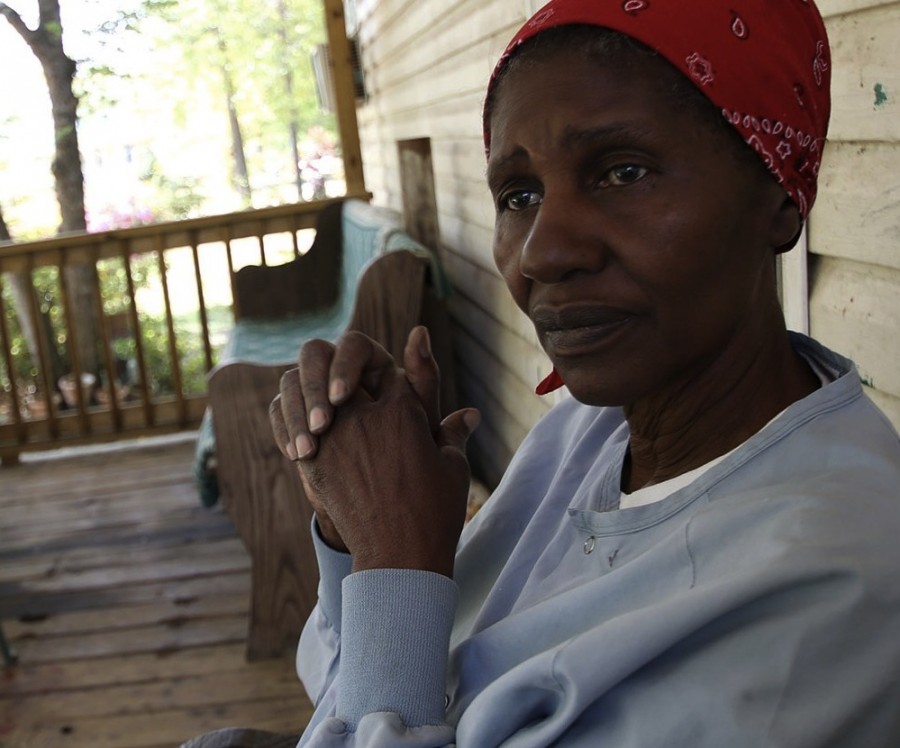 I don’t think that I have ever been as deeply affected by a documentary as I was by Wilhemina’s War.

The new film currently airing on PBS' Independent Lens tells the story of Wilhemina Dixon, a daughter of sharecroppers and a powerful matriarch whose fierce care and advocacy positions her as a pillar of support for both her family and her community in the face of the HIV/AIDS epidemic. Filmed by director and producer June Cross over the course of five years, Wilhemina's War isn’t just powerful for its content, though HIV can be a heavy topic—the film's strength comes from its juxtaposition of two very distinct but still inextricably linked narratives about HIV/AIDS.

Over the five years, we get to know Wilhemina: We learn about the manual labor and caretaking work she does to support her family, we learn about her dedication to her HIV-positive daughter Toni, and we watch her loving kindness extend to other members of her small rural community. We also become acquainted with Dayshal, Wilhemina’s granddaughter who was born with HIV, and watch her navigate her adolescence as an HIV-positive teenager in a cultural environment steeped in stigma and poor education about the virus. We, as viewers, share in Wilhemina’s victories and adversities and losses. We witness Toni battle with drug addiction and mental illness and eventual death in a state hospice facility. We watch these Black communities navigate capitalism-induced medical apartheid.

June Cross seamlessly superimposes Wilhemina’s story onto the backdrop of the political economy of HIV in South Carolina. Moments into the film, we’re introduced to three shocking statistics about the demographics of HIV in the state: 80 percent of women, 73 percent of men, and 80 percent of children living with HIV are Black. These statistics contradict the longstanding narrative clung onto from the inception of the epidemic in the United States: that HIV is an overwhelmingly a disease affecting white gay men. While HIV prevalence is fairly high in queer and transgender communities, HIV has taken root in the rural South, which is home to nearly half of all new infections annually. Every single person could potentially acquire HIV, but who has better access to antiretroviral therapy to treat the disease? Who is still dying from AIDS-related illnesses? HIV and AIDS are very deeply related to racialized poverty. This film's introduction sets the tone for the entire film as the Rapid Testing Project Coordinator of the South Carolina HIV/AIDS Council, Vivian Clark-Armstead, points out:

“This is a Black epidemic for all practical purposes. This state right now is investing very little into saving the lives of African-Americans impacted by HIV/AIDS. And so, if you’re waiting on the cavalry to come, if you’re waiting on someone else to come and save us, if you think the government coming, if you think help’s coming, just think about Katrina: They ain’t coming.”

The film makes a number of pointed allusions to this dynamic. Perhaps the most important poverty indicator highlighted is access to medical care. Bamberg County, the home county of Governor Nikki Haley, lost its hospital due to the state funding cuts. This means that people living with HIV and AIDS have to travel even greater distances to access treatment. As a teenager, Dayshal traveled 90 miles to Columbia to see her specialist every two months. Despite sometimes receiving a $15 or $20 gas voucher, the film shows how it was often a struggle to get to the city when the cost of fuel was high. We meet one of Wilhelmina’s friends, Me-Me, a formerly incarcerated man living with HIV, and we see how anti-Black medical policies intersect with anti-Black mass incarceration. Because Me-Me was convicted of a felony, he is unable to access necessary state and federal government assistance programs like food stamps or housing assistance—both of which are crucial for any person, but particularly for people living with HIV. 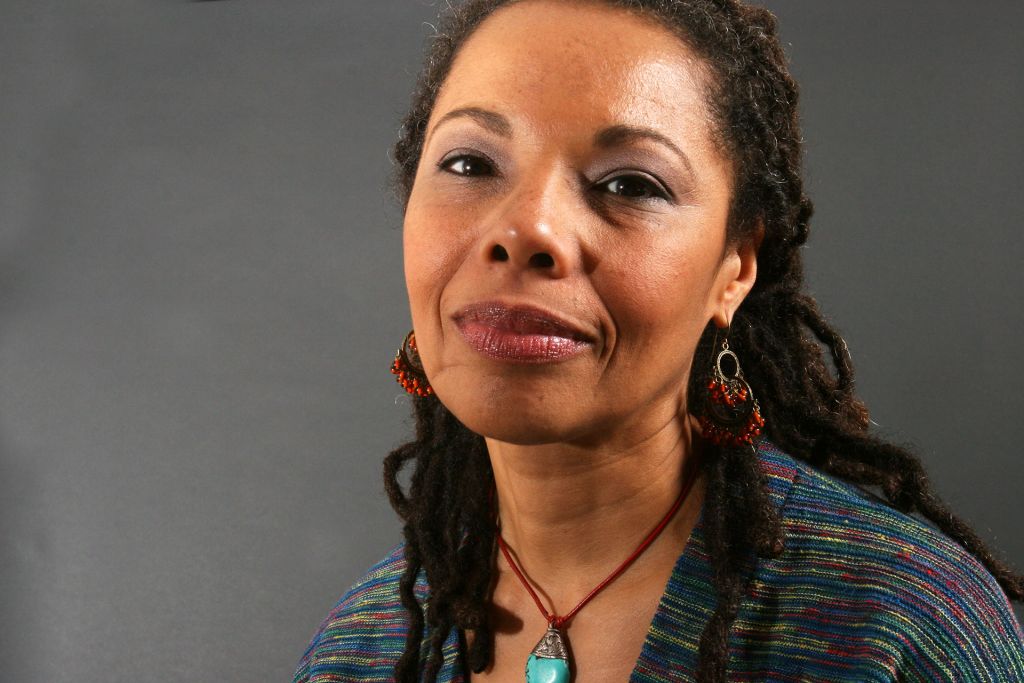 Republican lawmakers also rejected funding from the Affordable Care Act, which took effect in March 2010. Governor Nikki Haley stated that South Carolina needed jobs rather than Medicaid expansion because of rural poverty across the state, yet she rejected the $11 billion in healthcare funding allocated for the state that would have enabled the creation of more than 44,000 jobs.

State Representative Joe Neal, a Democrat, provides both a sobering commentary and important foil to the apathy of Governor Haley about the state’s failing of poor Black communities. In Wilhemina's War, he laments the Republican rejection of Affordable Care Act funds and explains how that money could have alleviated some of the fiscal burden of illnesses, including HIV, on poor Black communities across the state. “Rural South Carolina is dying on the vine,” he says. As the agricultural industries have disappeared, there is no infrastructure to supply poor Black communities with jobs and healthcare. These are the politics of racialized neglect, a continuation of the centuries of anti-Black state violence. 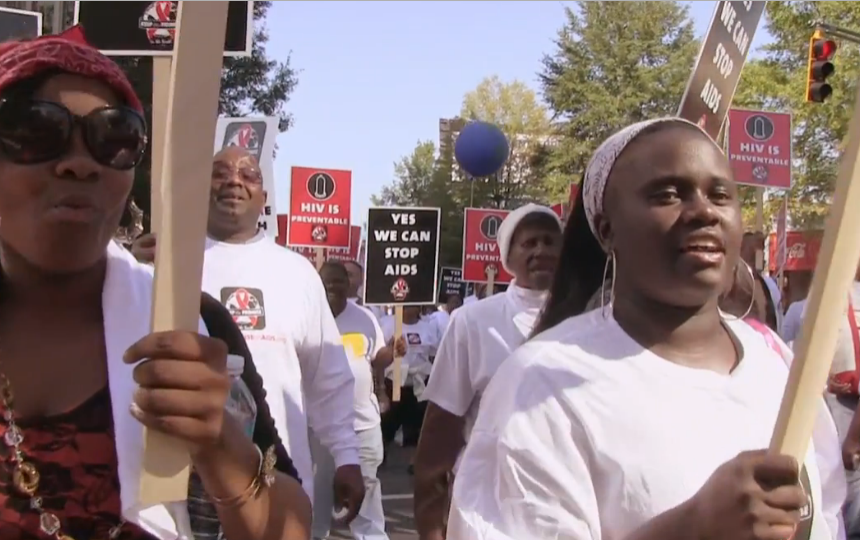 Dayshal (far right) at a march in support of universal access to HIV/AIDS treatments.

​In a perfect world, Wilhemina’s story should be sufficient to warm the hearts and minds of policymakers. But the state’s investment in anti-Black and anti-poor politics, in depriving certain communities to sustain itself, reduces her story to a mere narrative of Black poverty rather than a wake-up call that will influence policy for the better. While viewers root for Wilhemina and her work and family, I couldn’t help but think of all of the other Wilheminas in South Carolina caring for their loved ones and navigating this labyrinth of state apathy. Wilhemina and the legislative work at the Capitol are linked but also vastly different universes: not a geographic separation but a necropolitical one where “inhabitants are divested of political status and reduced to bare life,” a process of un-humaning.

The HIV epidemic is one that does not necessarily have to continue on this trajectory. People excluded from a functional healthcare system by structural whiteness (queer and transgender communities, poor communities of color, and the intersections of the two) are dying of AIDS-related illnesses when they do not have to. This is the fact that makes Wilhemina’s War all the more devastating: State investment in healthcare spending, community outreach, and health education could save thousands of Black lives in South Carolina each year. But this simply is not a priority. One scene near the end of the film shows a highway billboard ranking South Carolina counties by HIV burden. It cuts to Governor Haley talking about how off-putting the sign is and how it should be changed so as not to scare away potential business and investors. This is the state’s priority.

Wilhemina’s story shook me to my core and I cannot and will not end on platitudinous note. A commentary wrapping up with “something something triumph of the human spirit over seemingly insurmountable odds and adversity something something bravery” would feel trite and condescending. My family in Zimbabwe has been affected by the epidemic, and I could never tell my mother that she should celebrate her coping ability while she watched two of her siblings die from AIDS-related illnesses. There is no celebrating the “strong Black woman” who has taken on responsibility of care for her family and community (surely out of genuine care, but perhaps also out of gendered expectations), a trope of strength and selflessness that necessarily comes at her expense. There is no celebration in poor Black people enduring centuries of race-based capitalism, including the social-economic legacies of slavery and medical apartheid. Survival over death is not inherently celebratory, particularly when a life lived is a slow death—nearly a third of Southern patients die within five years of their HIV diagnosis.

The fact that we have not yet died is no cause for celebration. I’ll celebrate when we can thrive, when access to HIV treatment is widespread and universal, when we are not dying en masse as a result of deliberate state disregard, when women like Wilhemina no longer have a sad story to tell. 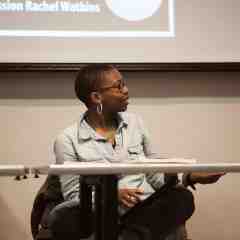