When the Church Shuns Its Own | Bitch Media

When the Church Shuns Its OwnA Review of “Wilhemina’s War”

The first image in Wilhemina’s War is of a small church in a meadow framed by blooming cotton. It’s a place of refuge for the central figure of the documentary, Wilhemina Dixon, who was shunned from her previous church for being HIV-positive. The war she’s fighting as an elderly Black woman living with HIV in rural South Carolina is an interpersonal, social, and institutional one, and its casualties are all around her. The documentary follows her family as they struggle with the virus, the stigma it carries, and the good-for-nothing American healthcare system that’s leaving them to rot.

The Black women who make up the film are also fighting erasure. “You know back in the day, they used to say this was a white gay disease?” Shernell “Toni” Sells of the South Carolina  HIV/AIDS Council says to a Black female patient. Toni shakes her head. “Guess who the face of  HIVis now? Me and you.” Federal officials cited AIDS as the leading cause of death in young Black women in the United States, and in South Carolina, 80 percent of women living with HIV/AIDS are Black. Producer and director June Cross reveals the ways this population is barred access to healthy livelihoods, from increasingly limited access to Medicaid to the stripping of an entire county of hospitals due to budget cuts, saying in voiceover, “Those living with HIV in the rural South endure a kind of medical apartheid.”

“This is a Black epidemic for all practical purposes,” says Vivian Clark-Armstead of the South Carolina HIV/AIDS Council at the start of the film. Now that the mainstream white gay movement in the United States has moved on to matters of assimilation, millions of Americans living with HIV/AIDS, most of whom live in the South and are of color, have been left behind. “And so, if you’re waiting on the cavalry to come,” Clark-Armstead continues, “if you’re waiting on somebody else to come and save us, if you think help’s coming—just think about Katrina.” She is, of course, referring to the shameful abandonment of Black southern victims of Hurricane Katrina in 2005. “They ain’t coming.”

Wilhemina withstands the hurricane around her, neither placing a bow on her situation nor lashing out with frustration. She speaks plainly and honestly, pointing out each scar the epidemic has left on her and her family. She leads by example, with education and courage, eating away at stigma and violent racial neglect. 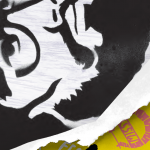