Will the Next Season of "Sherlock" Be Less Sexist? | Bitch Media

Will the Next Season of “Sherlock” Be Less Sexist? 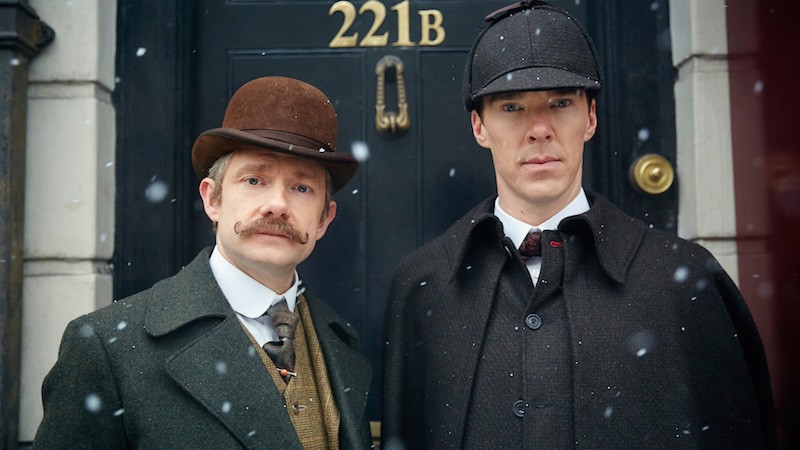 Shocking news: For the first time in three seasons, a woman will be directing an episode of hit BBC series Sherlock. Rachel Talaly, a director with formidable credits (Tank Girl, for one), is taking on season four’s opener, which will debut next year. Given that the show was co-created by Steven Moffat, the Doctor Who showrunner who is not exactly known for respecting women—as evidenced by his colorful misogyny on display in the press—this is akin to discovering a slice of cake where you thought you’d find a green smoothie. In Moffat’s universe, female characters are virtually nonexistent or shoved to the background when they are on screen, relegated to supporting roles. He’s gone on record numerous times complaining that female writers and directors just don't want to write for Doctor Who. It took him years to hire female writers and directors for Doctor Who (as yet, no women are on the writing team for Sherlock).

The depth of Moffat’s sexism problem is encapsulated in his characterization of Sherlock Holmes in the series, who acts as an idealized version of Moffat himself.

Sherlock, the latest in a long line of reinterpretations of Sir Arthur Conan Doyle’s novels, takes place in modern-day London, with Sherlock (Benedict Cumberbatch), playing the insufferable hero, trailed by the ever-skeptical John Watson (Martin Freeman). Though the show has legions of female fans, realistic female characters are relatively absent from the show. Until very recently, the most significant recurring female role in the series was Mrs. Hudson (Una Stubbs), the landlady, who primarily served to bustle in and out occasionally to serve as a maid. The other most prominent female character is morgue worker Molly Hooper (Louise Brealey), who basically pops up whenever Sherlock needs something from the morgue—instead of being a fleshed-out character, she's more of a helpful plot device. There's also Watson’s love interest Mary Morstan (Amanda Abbington), introduced in “The Empty Hearse,” the first episode of the third season. So far, her character has also been used primarily used as a plot device, with the show’s focus staying very firmly on the men at the center of the storyline. One other woman of note exists in the series: Irene Adler (Lara Pulver), the powerful, mysterious woman who tells Sherlock that he’ll remember her as the woman who beat him—but not before appearing in an incredibly sexualized role as a dominatrix who spends an alarming amount of time naked and is so besotted with Sherlock that she abandons her sexual identity as a lesbian to fall deeply in love with him.

The belief that lesbian women will somehow magically be overcome by the sight of a strong man is a popular misconception not just in pop culture, but in real life. Perhaps it’s unsurprising that Moffat, who has a clear idea in his head of himself as a mesmerizing Lothario, should “happen” to write a lesbian who falls in love with a thinly-veiled version of himself. A similar trend is present on Doctor Who. In the original series that ran from 1963-1989, the companions served as equals rather than love interests.  But in the current iteration that Moffat writes, the Doctor’s companions happen to conveniently fall in love with him. 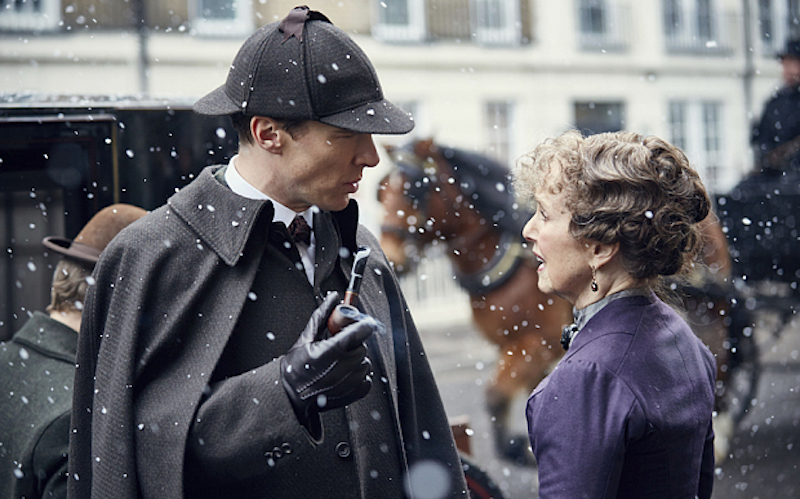 A scene from the episode “The Abominable Bride.”

The last season of Sherlock ended with the holiday special “The Abominable Bride.” This episode underscored Sherlock’s role as a character who seems to be an equally version of Moffat. In “The Abominable Bride,” users were at first tricked into thinking they’ve been transported back in time to London at the turn of the last century, but it ultimately transpired that they’ve been trapped inside Sherlock’s “mind palace,” a tool he uses for remembering, processing, exploring, and reconsidering information. Watson constantly stands agog while Sherlock probes deep into the depths of his own mind to solve mysteries with his powers of keen deduction. The episode used an Inception-esque narrative style to make itself seem especially creative, but it didn’t really work. Jamieson Cox at the Verge wasn’t a fan, and the AV Club rated it a C+, while Louisa Mellor at Den of Geek loved it. Another reviewer summed it up as a “beautiful, terrible mess” and suggested that a fan edit cutting out the horrid bits would be forthcoming.

Read This Next: Batman v. Superman v. Misogyny: The Antifeminism of “Dawn of Justice”
Read This Next: The History of Women in Geek Culture Should Not Be Overlooked

The episode, which featured suffragists getting revenge on abusive men, might seem at first empowering to women. Instead, it felt like a man who thinks he’s oppressed by women writing a story about what he imagines feminism to be—on the surface it’s about women taking charge, but feminism is actually about being a man-hater. Rupert Myers at The Telegraph wryly noted that perhaps “as a show directed by a man, co-starring two men and written by two other men, Sherlock ought to have avoided making jokes about the sometimes token presence of women, or styling feminists as similar to the Klu Klux Klan.” In this case, the episode almost literally was a case of “kill all men,” a giant “fuck you” to critics who take on the sexism in Moffat’s work. What Moffat doesn’t seem to understand is that alternating denial with attacks doesn’t make criticism any less true, but rather serves to validate it: If Moffat doesn’t want to be accused of sexism, perhaps he ought to start by not being sexist.

I’m excited to see what vision Talalay will bring to the next season of Sherlock. Instead of alienating female fans, the show could do a lot to engage its feminist fanbase.

Read This Next: Batman v. Superman v. Misogyny: The Antifeminism of “Dawn of Justice”
Read This Next: The History of Women in Geek Culture Should Not Be Overlooked

You lost me when you called the movie version of 'Tank Girl' "formidable". Have you actually seen it??

I was always troubled with the Irene Adler story. If she ends up being attracted to Holmes then why bother making her gay? Why not have her be bisexual or something? And I wonder if he would ever think of writing a gay man "falling" for a woman? Somehow I don't think he would, but it's always interesting to see if it somehow works the other way around.

What about Sally Donovan? She is another recurring character and one of the only POCs on the show. I'd be interested in your opinion of the treatment of her. 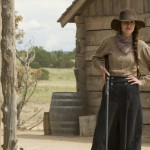 by Soleil Ho
We were lured into a pit of tired and unquestioned Western clichés.