The image of the witch runs deep in feminist and female-centered art. Right now, a potent and fascinating shift is happening in the use of this witchy imagery in pop music.

It’s a shift that was typified by Beyoncé’s surprise release of the music video for her song “Formation” last month. There are heavy spiritual overtones to several of her personas in the video. In some scenes, she speaks like a visionary from beneath the brim of her black hat. In others, she moves with sinuous elegance atop a New Orleans police car that’s sitting in the middle of a flooded body of water. On her blog Red Clay Scholar, Dr. Regina Bradley describes these roles as Beyoncé embodying “conjuring women.” She asks whether the scene of Beyoncé on top of the police car could be intending to summon Mami Wata, the water deity who could be either a healer or lure travelers to their watery grave. “Conjuring blackness is physical, conceptual, and spiritual,” writes Dr. Bradley. “All three are necessary to make protest and resurrection possible.”

The current witchiness aesthetic in music is more a symbol of protest than the introverted, ethereal vibe artists like Kate Bush and Stevie Nicks tapped into in the late ‘70s. Today’s witchy music videos are incandescent with anger—they engage with the world and are recognized as a threat to the status quo.

There’s possibly no more outspoken pop witch than rapper Azealia Banks. On Twitter last year, Banks declared herself a witch. The declaration prompted swift pushback from right-wingers, as writer Sady Doyle summed up in a Guardian article about the issue. “It was the strangest thing: simply by calling herself a witch in public, Banks had managed to evoke real fear,” writes Doyle. “Rightwingers treated her as if she were actually planning to blight crops and hex her enemies, all the while claiming that they didn’t believe in witchcraft.”

In a music video released a few months later, “Yung Rapunxel,” Azealia Banks overtly links the role of spirituality with her Black heritage. In the video, she rides a rodeo bull surrounded by owls and occult symbols in between fighting riot police. There’s a connection between protest and mysticism in this video: The witch draws on a power that exists beyond real-world weapons and uniforms. It suggests magic as a potent way of challenging existing power structures.

Witchery in music is so prevalent that a few years ago, music journalists coined a new term for a subgenre of electronic music: witch house. The work of Scottish trio CHVRCHES, fronted by Lauren Mayberry, has been called witch house because of the band’s dark, repetitive synthpop melodies and their aesthetic fascination with triangles. The earlier work of genre-blurring musician and artist Grimes has also been called witch house. In her 2012 video “Genesis,”  Grimes takes on an otherworldly air. Set in the desert, it features American rapper Brooke Candy wearing a battle-sex-goddess getup, but also being a perfect hedgewitch: Walking the edges of the world, she is the physical embodiment of the landscape’s power.

In the visual imagery surrounding her newest album, Art Angels, Grimes also inhabits a range of archetypes of supernatural power, from a blood-stained dark angel to an icy glamazon casually wielding an axe to a gender-bending vampire. “I’m only a man/I do what I can,“ sings Grimes in the video to Kill v. Maim. In her bubblegum-pink-and-gore universe, the notion of playing by some established rulebook sounds supremely ironic.

Part of the power of these pop music witches is to disrupt expectations. The supernatural is unsettling, it upends assumptions of normal behavior. It’s Regan licking her tutor’s ankle in The Exorcist, it’s Gloria from Orange is the New Black helping take down a powerful enemy with eggs, spices, and dog hair. That unsettling quality is what British artist FKA twigs’ sexuality-laced music videos are all about. FKA twigs is a master of surreal imagery and shape-shifting. Her 2015 video “Glass & Patron” opens in a forest heavy with a Blair Witch stillness before cutting to a white van parked ominously amid the trees. This flips your expectations: more serial-killer forest than magical forest, perhaps. This narrative feels like it isn’t going to end well—what story of a woman left in the back of a van in the woods does? But twigs takes command of the narrative with dizzying speed and force. In the video, her long-nailed fingers spider suggestively down her belly. Then suddenly, frighteningly, she pulls a many-colored scarf out of her vagina. Then the moment turns again, on a coin. We see dancers enveloped by the fabric: dreamy, tender, suspended in space.

In the video for her song “Video Girl,” FKA twigs splits into two selves as she watches the execution of a man convicted of racial violence. One of her selves weeps behind the glass, while the other self straddles him, turning into a taunting contortionist as he lies dying. Here, she is both powerful and tearful in the face of the world. It’s that raw power combined with nuance of understanding—radically, exultantly individual—that is the hallmark of the modern witch: an indomitable spirituality that defies the violence of the human world.

This essay is part of our Popaganda podcast on modern witchcraft in pop culture. Listen to the whole episode below. 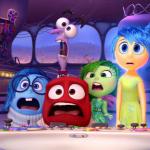 by Emily McCarty
"Films are looked at from the prism of mostly white and male journalists."