17 Musicians Feminists Should Listen to this Summer | Bitch Media 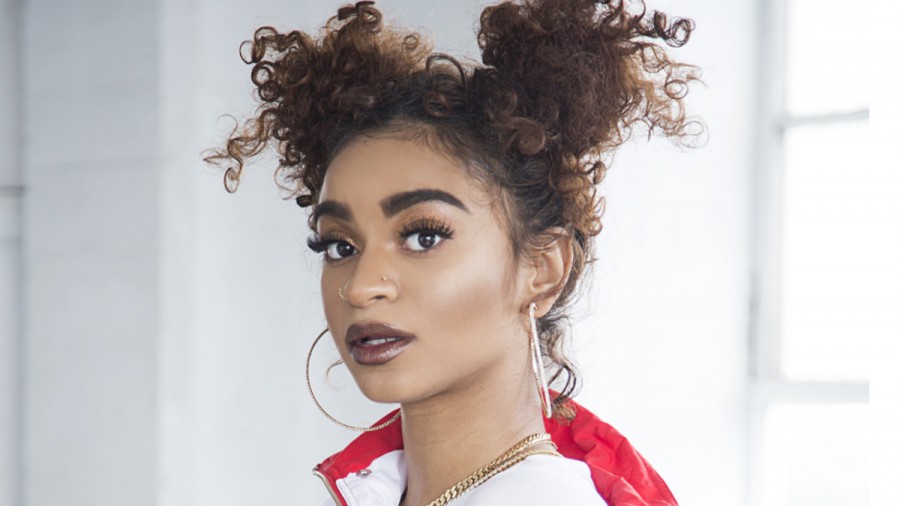 After watching Kehlani and Hayley Kiyoko embark on a queer Crossroads-esque road trip through the desert in the video for “What I Need,” it struck me that summer is finally here. While music critics and journalists debate about political publicity stunts and defining male genius, many artists are undistracted by the noise. This summer, let’s break through sexist streaming algorithms and celebrate musicians, especially groups fronted by women and those who hold multiple marginalized identities that are making excellent art on their own terms.

If you want to have a calm, elegant June, then take a cue from “Nont for Sale,” a sophisticated, afrocentric single from Sink, Sudan Archives’s sophomore EP.

It’s impossible to choose a favorite one-minute partition from Whack World because each offers a complex character who is an entire mood board. Whack World is a highly promising teaser of what’s to come for Tierra Whack.

The cellist and vocalist’s mesmerizing nine-minute video for “Shades of Blue” is a reminder that it’s okay to take time to process spring’s heartbreak or distress. Summertime melancholy is inevitable, and it’s much better with Lu’s biophilic visuals and uplifting refrain as a companion.

Half Waif - Keep It Out (Official Video)

Ambivalent wanderers will find a home in Lavender, the latest album from the trio led by Nandi Rose Plunkett. The chords strike inward as they reverberate outward, making it the ideal album for a traveler who’s committed to personal growth. Lavender is a slow-burning meditation on homeland, femininity, and belonging.

Melii’s single “Charlie’s Line” has the catchiest hook of this summer so far. Although she’s most known for her “Bodak Yellow” cover, the Harlem native’s upcoming project is a reminder that there are benefits to staying committed to our ourselves.

During a summer thunderstorm, the turbulent moods on so sad so sexy will surely distract you as it passes. The album’s 808s and dramatic lyrics are paradoxically repetitive and soothing. Let Lykke Li draw you into a riptide of feels before bringing you to shore safely.

The Internet - Come Over (Official Video)

“Come Over,” a video directed by Syd, depicts the queer suburban teen romance we’ve all been waiting for. It’s just enough to hold us over until Hive Mind, the group’s fifth album, is released on July 20. If their previous albums are any indication, The Internet’s newest project will surely offer high-quality soul jams.

After signing with Atlantic Records, Rico Nasty a.k.a Tacobella is back with her third album, Nasty. She really comes out swinging on “Oreo.”

We have to wait until August for Be the Cowboy, the upcoming release from an artist that Iggy Pop and Björk have recently said they’re listening to. Until then, blasting “Geyser” as you leave your office for summer Fridays will have to suffice.

JP3 is so filling that it has outlived last season’s produce. “Trader Joe” and “Shower” will feed listeners through at least autumn.

The London-born heartthrob’s summer anthem “Boo’d Up” is bringing monogamous lovers to the dance floor. Since the song is undeniably cute, it’s probably best to just succumb to the conventionally romantic messaging and memorize the chorus. You’ll be hearing this record all summer long.

Liz Vice - Save Me (Full Audio)

Portland-born singer Liz Vice is unpretentious and uncomplicated on Save Me, a gospel album that aims straight for the spirit. Vice’s faith-based music, influenced by legends Mavis Staples and Sister Rosetta Tharpe, is lifting.

Invite the saccharine and sacred into your life with the Indian American R&B singer’s songs “Sweet Time” and “Honey.” Who knew watching nectar drip over brown hands could be so healing?

Breakout soul-pop songwriter and producer Amber Mark merges enchanting romantic aesthetics with bittersweet melodies. “Love Me Right” strikes an inner chord with its stripped down yet versatile sound while the minimal piano riffs on “All The Work” resemble classic house music.

Although Chattanooga-based SoundCloud rapper Bbymutha is mothering two sets of twins, she gifted fans and haters alike with three albums, Free Britnee, BbyShoe, and Muthaz Day 2, over the past year.

After the success of Intro To, laidback Instagram star Dounia strutted into 2018 with a video for “Avant-Garde.” Whether she’s walking through New York or Morocco, Dounia’s lyrics are easygoing, honest, and refreshingly self-assured.

Last, but certainly not least, the funk diva is releasing new music for the first time in 11 years. “Like Sugar” (and its remix) brings claps, bells, and whistles.