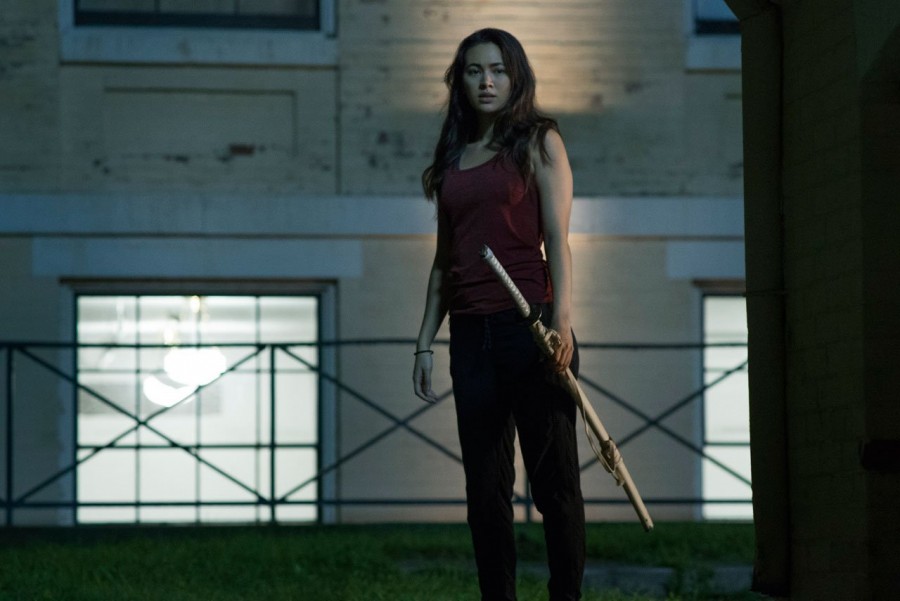 We’ve heard it before. Marvel has a woman problem. They have women in their superhero movies and Netflix series, but those women never seem to take the lead roles, and the stories they’re allowed to tell are underdeveloped. Black Widow (portrayed by Scarlett Johansson) is key to this argument. While Black Widow has appeared in multiple Marvel movies, she has yet to have her own standalone movie and isn’t scheduled to get her own until at least 2018. There were also multiple problems with her storyline development in Avengers: Age of Ultron. For example, when Black Widow speaks to Hulk about her sterilization at the hands of the Black Widow program and follows up with, “You’re not the only monster on the team,” the collective internet exploded with outrage. How can we still be in an era where a woman’s ability to give birth makes her “good” or “a monster?”

After many sharp critiques, Marvel seemingly has attempted to address this woman problem, largely through their web and television series. The Netflix superhero foursome in particular, made up of Daredevil, Jessica Jones, Luke Cage, and Iron Fist (that soon will unite and be known as The Defenders), has a plethora of women in each series, many who have gotten substantial storylines. But even though these Netflix series pass the famous Bechdel Test, and even though some, like Iron Fist, are showing a remarkable level of diversity with three women of color as part of the main cast, something is still missing. The women’s stories on Iron Fist are so poorly developed, Danny Rand and the entire Iron Fist series comes off as boring, flat, and unintentionally humorous.

Jessica Henwick’s Colleen Wing probably has the most interesting story of the women on Iron Fist. Colleen has a dark side, one that is very similar to Daredevil. She is a martial arts expert who teaches and holds her students to a moral code of integrity. And yet, even though she lectures a student about how he dishonors himself and his sensei when he does cage fights, Colleen soon finds herself at the cages and doing quite well at beating up the much bigger macho men. As the cagefighting story develops, it turns out that, like Daredevil, Colleen may actually enjoy the violence she can inflict—not necessarily because it hurts her victims, but because she enjoys the power of being better than others.

As much promise as the cagefighting story holds, once the series shows Wing winning the fights, it’s all over. There is no further development of Wing’s dark side or her battle to control her love of power. When Danny Rand (the Iron Fist) discovers the “secret” that Colleen carries, there’s no backstory to give context that might show why Wing would choose this dark path. As a result, there’s no tension in the big reveal. This lack of tension inadvertently makes Danny’s storyline much weaker. When he gets angry after the big reveal, the viewer can’t understand why. It’s so clear that Colleen is good; how could he be mad at her for the path she chose?

The first time we see Claire Temple on episode two of the first season of Daredevil, she’s speaking Spanish in working class Hell’s Kitchen. For some reason, she helps a young kid pull a beaten and unconscious Daredevil out of a dumpster and brings him up to her apartment to nurse him back to health. We discover later that she helps Daredevil (and teaches him how to torture) because she’s as fiercely concerned about what’s happening to her neighbors and her community as the “heroes” are. She agrees to help Daredevil because she is fighting in her own way for her people and her home. Her “superpower” is her nursing and healing skills. But she’s shown as unafraid to fight, cool headed under intense pressure, and willing to engage in her own type of retribution in defense of herself and her community.

By the time we see her in Iron Fist, she’s in an unnamed apartment in an unnamed New York borough. She spends as much time lecturing Danny about how ridiculous he is being and acting as his moral radar, as she does doing any nursing. Claire remains opinionated and committed to being a superhero in her own way. And no actor in the Defenders world is as charismatic and engaging as Rosario Dawson. But what made her character distinct to begin with-the thing that made her matter as much as the superheroes-is gone. Danny shows no interest in her life, and Claire never pushes him on things that are specific to her character like that block in Hell’s Kitchen where we saw her digging a body out of the dumpster. As a result, their relationship comes off as mother taking care of and pestering a child to do what’s right rather than two equals fighting to save Hell’s Kitchen.

Madame Gao, a villain who has appeared on Daredevil and now Iron Fist, suffers a similar fate to Claire. Portrayed by the capable Wai Ching Ho, the character is a minefield of stereotypes: She plays the wise, all-knowing, ageless Asian woman who speaks in riddles and creates webs, spider-like, to pull her victims in before she kills them. Even so, Ho has navigated this minefield flawlessly, instilling Madame Gao with a cutting sense of humor and a commanding screen presence.

Alas, Madame Gao spends most of her time in Iron Fist parsing out confusing storylines for Danny (and the viewers, who are having as hard a time as Danny figuring out what the hell is going on) and giving maddening hints about what Danny needs to do next. We learn nothing of her as we learned of other Marvel villains like Wilson Fisk or Kilgrave. Granted, Madame Gao’s story may emerge in further Netflix installments. But her current lack of character development makes Danny seem childlike during their interactions. When Danny demands to know what role Madame Gao had in his parent’s deaths, he sounds like a petulant child snarling at his mom rather than a human weapon confronting a Great Evil.

Not all the of the Netflix series have missed the mark on how they portray women. Luke Cage’s Mariah Dillard (Alfre Woodard) stands out as having a storyline that is separate yet intertwined with the men of the series, and her encounters with Luke Cage and her cousin Cornell “Cottonmouth” Stokes are filled with tension, history, and character. Viewers can see and understand clearly what’s at stake in their scenes, and so are invested in the outcomes.

Unfortunately, this tension and history is nonexistent for the women of Iron Fist and the series as a whole suffered as a result. This is not the fault of the actresses, who play their parts with deft skill despite not getting the storyline and character development they deserve. But their skills are not enough. We need their stories to matter. We need these characters to matter. If Marvel wants to solve its woman problem (or fix Iron Fist) they can’t just throw women characters in plotlines to meet quotas. They need to make their stories good. The entire franchise depends on it. 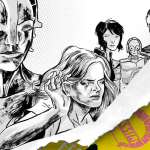 by Tammy Oler
It’s no shock that feminine cyborgs are used exclusively in ads targeting young males; they tap right into stock fantasies of female subservience.”