“Women in the Qur’an” Makes Islam a Liberation Tool

“For a long time,” Asma Lamrabet writes in Women in the Qur’an: An Emancipatory Reading, “the question of the status of Muslim women has been taken hostage between two extreme interpretations: a very rigid conservative Islamic approach and a Western, Islamophobic, and ethnocentric approach.” Lamrabet sets out to rectify this by offering her own interpretation of the Qur’an, both in how it represents women and in what it has to say to them. The book is divided into two sections: “When the Qur’an Speaks of Women” and “When the Qur’an Speaks to Women.” In the first, Lamrabet reinterprets the stories of prominent women in the Qur’an, such as Balkis, the Queen of Sheba.

In the second section, she offers her interpretation of the Qur’an’s position on issues including polygamy and domestic violence. She contends that the Qur’an must be considered in the context of the time in which it was written, and maintains that it opposes both practices but was tasked with the gradual reform of a misogynistic patriarchal culture (which, she rightly points out, no region or religion has a monopoly on). She also challenges the creation myth, found in both Judeo-Christianism and Islam, that Eve was created from Adam’s rib, thus cementing women’s inferior status as an accessory to men.

This may prove a difficult read for those not versed in the Qur’an, and for those who don’t interpret the Qur’an as the word of God. Nevertheless, for its intended audience—namely, Muslim women seeking to carve out a territory between social orders that use religion to justify oppressive agendas and a prevailing attitude in the West that Muslim women need to be rescued from their faith—Lamrabet has endeavored not, as she notes, to provide all of the answers, but to “participate in a limited way in this debate of ideals concerning Islamic renewal.”

The publisher’s endnotes—which serve to cast a shadow over the author’s credibility, noting her “sweeping judgments regarding…the scholastic tradition of the past 1400 years”—are a powerful testimony to the writing of this book as a radical act.

For example, in Lamrabet’s observations concerning Muslim inheritance law, she refers to the verse from which the dominant interpretation derives and notes, “Firstly, it would be interesting to determine the circumstances of the revelation of this verse which, in truth, taken on its own, could seem deeply unfair towards women.” Lamrabet, of course, does not take the verse on its own and proceeds to interpret it within a larger framework. In response, the publisher includes an endnote stating, “It is highly inappropriate for any Muslim to suggest, even slightly, that there may be unfairness associated with God’s revelation.”

That even such a mild taking-to-task of the source material is met with such a strong rebuke—by the entity responsible for distributing it to the world—provides a cogent context for the creation of this work.

For its intended audience, and precisely because it offers a controversial rebuttal to doctrinaire interpretations of the Qur’an, which (like the sacred texts of other monotheistic religions) has been wielded as a weapon to subjugate women, this book may prove an important contribution to the conversation about Islam and the sociopolitical realities of Muslim women’s lived experience. 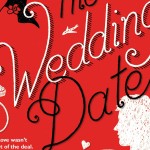