There are some contests in which women are truly at a disadvantage when competing with men. Football. Presidential nominations. Snow-writing. But acting is not one of them. Streep vs. Nicholson, Dame Judi vs. Sir Ian, Maggie Gyllenhaal vs. Jake Gyllenhaal - the Vegas odds would be close ones indeed if these actors were pitted against each other for top honors.

They’re not, of course. Movie awards have always segregated the genders, without ever explaining what emoting has to do with X and Y chromosomes. And no one’s done it longer or with more cachet than the Academy Awards. The separate categories for Actor and Actress are unfair, but practical: What with the dearth of strong roles written for women in Hollywood (not surprising, given the high percentage of male screenwriters and directors), if the sexes were expected to duke it out in the acting categories, the imbalance in the numbers alone would ensure that women never got face time with the little golden man. (And since a parade of peacock gowns is always more interesting than yet another black tux, we’d also be missing out on what Joan Rivers and InStyle consider the real competition of the night.)

Between Salma Hayek’s efforts to bring Frida Kahlo to the screen, Chicago’s nominated trifecta of Zellweger, Zeta-Jones, and Latifah, and the leading-lady powerhouse that is The Hours, 2002 was a year when writers finally offered up a diverse assortment of juicy roles for the ladies. Here, in honor of the 75th annual Academy Awards, which will be broadcast on March 23, we’d like to offer what the Academy can’t: more opportunities for women to win. And, unlike Best Actress in a Leading Role and Best Actress in a Supporting Role, these are truly gender specific.

Best Actress in a Male-Fantasy Role 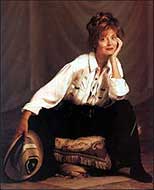 Melissa Morrison is a Phoenix-based writer who tapes the Oscars so she can fast-forward through the boring categories. 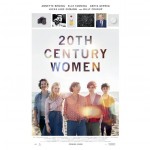 by Jess Kibler
Unlike Mills’s other boy-meets-girl, girl-somehow-saves-boy plots, the women are the backbone of this film.