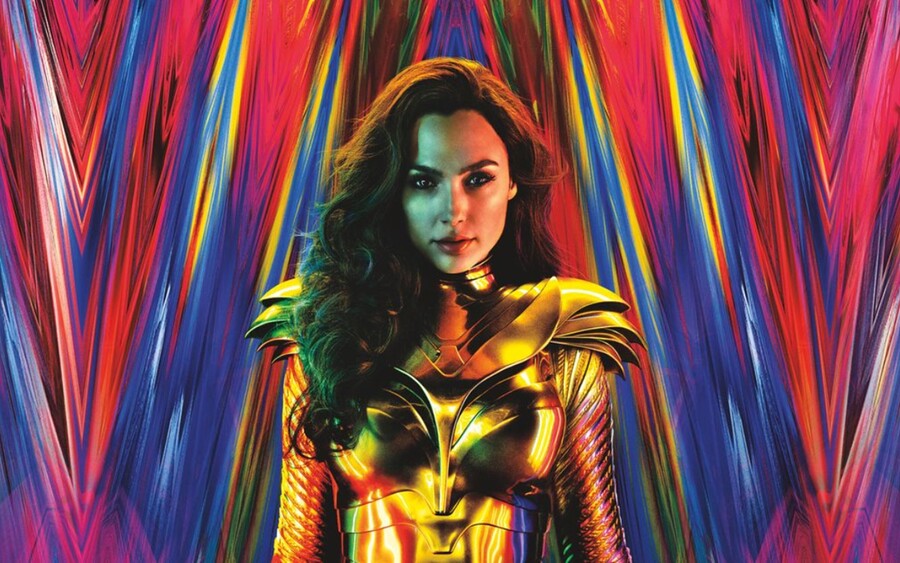 When Wonder Woman hit theaters in 2017, it was primed for success: Many were still reeling from Hillary Clinton’s shocking loss to Donald Trump, and audiences were therefore eager to escape into a universe where a woman emerges victorious against an absurd, masculine foe (David Thewlis as mustachioed villain Ares fit the bill). Critics deemed Wonder Woman “inspiring” and “touching.” Moviegoers reported crying during the film’s battle sequences, overcome with emotion as women warriors vanquished enemies in lockstep. Clinton herself praised Wonder Woman director Patty Jenkins, remarking that the film was “just as inspirational as [she’d] suspected a movie about a strong, powerful woman in a fight to save the world from international disaster would be,” clearly drawing parallels between the titular heroine and herself.

Catapulted to success in part by Women’s March protesters and pussy-hat-wearers hungry for the feminist triumph they had been cheated out of in real life, Wonder Woman took the world by storm. But in 2020, the world looks very different than it did in 2017. And though it tries, Wonder Woman 1984 (WW84) struggles to speak to this moment and deliver a coherent message. As the movie’s title indicates, the latest film in the DC Extended Universe (DCEU) is set in the 1980s, where Diana Prince (Gal Gadot) leads a mostly solitary life working as an anthropologist at the Smithsonian Institute and moonlighting as an anonymous hero. She begins to let down her guard when she befriends frumpy, eager-to-please archaeologist Barbara Minerva (Kristen Wiig), a new employee at the museum. But Diana’s walls shoot back up when she meets Maxwell Lord (Pedro Pascal), who visits the Institute under the guise of making a donation—but clearly has something sinister up his sleeve.

Lord, the film’s central villain, is a sleazy infomercial star trying to make it as a businessman. Desperate to amass power and respect no matter the cost, he seeks out a dreamstone held by Minerva at the museum. While neither woman has cracked the code of the mysterious stone, Lord understands that it grants wishes to those who use it. This is what he wants to capitalize on. After stealing the artifact, he makes a wish to become the stone, enabling him to grant people their deepest desires and to take something precious from them in return. Via the stone’s power, Diana is briefly reunited with her late love interest, Steve Trevor (Chris Pine), and Barbara Minerva’s wish to be like Diana—“strong, sexy, cool, special”—is granted. But as the film progresses, and the world descends into apocalyptic chaos, the price of making your deepest desires come true becomes clear—and it’s steep.

Jenkins told Screen Rant WW84 isn’t meant to be political, but considering that Lord is partially based on Trump, that claim seems dubious at best. However, the problem is not that the film is political—we’ve seen how political themes have catapulted movies like Netflix’s hit The Old Guard and the 2019 Charlie’s Angels reboot to success—but rather that it doesn’t know what its politics are. In the aftermath of the 2016 election, many viewers watched Wonder Woman and took away a thinly veiled, but clear message: Women can do anything men can do, and do it better. The sequel showcases less of this liberal, “girl power” brand of feminism, but loses its footing trying to figure out what to replace it with. At times, the film seems to warn viewers about the evils of unchecked power and unearned gains. As a “lowlife con man” hiding his debts and failing business beneath a veneer of charisma, Lord can certainly be interpreted as a critique of Trumpian excess. But in 2020, during a pandemic in which hundreds of thousands of Americans have died and millions are unemployed, this message about moderation falls flat.

In the film’s final moments, Diana beseeches everyone in the world to renounce the wishes Lord has granted. “You cannot have it all. You can only have the truth. The truth is enough…. Look at this world and look at what your wish is costing it. You must be the hero. Only you can save the day.” Together, these platitudes make little sense, but they’re also wrong. The truth is not always enough. And not all wishes are created equal or cost the same amount. It’s sloppy to conflate Lord’s tyrannical power grab with the desires of ordinary people lured into his trap—the film seems confused about what excess is. What’s more, Lord’s motivations for turning himself into a human genie remain unclear until the film’s end, and the inner workings of his acquired abilities are never fully explained. It’s nearly impossible to figure out the rules of these powers—suddenly, he gets nose bleeds? He needs to touch as many people as possible?—and, with little motive from our primary villain, the film lacks luster. The central plot is further muddled by Barbara’s rushed transformation from frazzled, but well-meaning scientist to evil human-animal hybrid, Cheetah. While canonically Cheetah is Wonder Woman’s primary nemesis, in WW84 she’s demoted to a footsoldier for Lord’s self-serving mission. Long and relatively joyless, the sequel also refuses to give its heroine a break. The movie makes clear that Diana’s life is a lonely one, and although she’s offered the chance of happiness, it’s quickly snatched away. The film exalts the virtue of self-sacrifice, but by the end, the Amazon has little left to give.

Although it tries, Wonder Woman 1984 struggles to speak to this moment and deliver a coherent message.

This isn’t to say there’s nothing to love about WW84. Wiig is convincingly awkward and earnest, if tragically underutilized, as Barbara Minerva. Gadot and Pine’s chemistry is palpable, and the Wonder Woman sequel cleverly flips the script of the original film by allowing Diana to educate Steve about life in her world, just as he once did for her in his. And while most of the movie’s humor hinges on the eighties-ness of it all, particularly Steve’s amazement at everything—trash cans, fireworks, break dancing—the time period makes for excellent costumes. (Steve’s dress-up scene is a standout.)

The film’s opening is also a bright spot in an otherwise bewildering sequel, one that will remind fans of the first film of how much better the entire franchise would be if we could stay among the women in Diana’s homeland. WW84 begins in the Amazonian nation of Themyscira. There, a young Diana Prince (Lily Aspell) competes in a multi-stage obstacle course as her older self narrates the scene—“Sometimes you can’t see what you’re learning until you come out the other side,” she wisely remarks. It’s a treat to see Robin Wright and Connie Nielsen reprise their roles as Antiope and Hippolyta. Hans Zimmer’s score (which sounds similar to that song from Portrait of a Lady on Fire in the best way) uses women’s voices to punctuate the athletes’ movements with precision. The action is well-choreographed and compelling, reminiscent of the Wonder Woman scenes that made many viewers emotional. And the stands packed with women, cheering on their sisters as they engage in incredible feats of physical strength, are genuinely invigorating.

While it’s downhill from there, WW84’s opening showcases the franchise’s potential—just because this sequel falls short doesn’t mean Wonder Woman herself does. Marvel has cornered the market on earnest superhero flicks, and shows like The Boys and Umbrella Academy have succeeded in subverting the superhero genre entirely, while making bold political choices. Wonder Woman 1984, while not a total flop like Justice League (2017), suggests that DC still hasn’t quite found its groove yet. Wonder Woman is a legend. Hopefully future features give her the carefully crafted storylines she deserves.

Read this Next: What’s Better than “Wonder Woman” is Warrior Women