DC Comics have been making the leap to the big screen since the 1966 Batman Movie starring Adam West. Since then, countless DC heroes have helmed their own movies. While we’ve seen countless male heroes on screen, there’s only been two female-led DC superhero movies: 1984’s Supergirl, and 2004’s Catwoman. Much like DC’s current slate of post-Christopher Nolan films, neither of those were very good.

Given their poor showing in theatres over the past few years, DC didn’t have to do much to win this one. They simply needed to make a movie with characters who retained the qualities that made us love them and had a singular coherent plot that an audience could follow without having to think back and wonder what the piss in a jar thing was really supposed to mean. All DC had to do to marginally impress me was make Wonder Woman better than Thor 2.

And it is. Not only is Wonder Woman a better movie than Thor 2, it’s easily the best film in the DC Extended Universe (DCEU) thus far. But what does that mean when your yardstick is Man of Steel (the one where Superman kills a guy), Batman vs. Superman (the one with the jar of piss), and Suicide Squad (the one where the most compelling thing to watch is Viola Davis chew a steak, simply because it’s Viola Davis chewing a steak)? It means that Wonder Woman didn’t have to do much in the realm of filmmaking. The movie’s real battle was fought at the box office, and the supposed marketability of female superheroes brought to screen by female directors.

Patty Jenkins’s contribution to the DC Extended Universe begins in the sunlight. The choice to start Wonder Woman’s story in the brightly lit paradise of Themyscira is a welcome change from the Zack Snyder bad-Instagram-filter aesthetic that has characterized films like Man of Steel and Batman vs. Superman. Wonder Woman teases us with a short film of what could have been as we watch Diana’s (Gal Gadot) childhood on the island of Amazons. The audience sees Themyscira through Diana’s eyes as she longs to train with the older Amazons—among them her aunt, General Antiope (Robin Wright). It’s wonderful to be able to clearly see the Amazons as they train, and watch Diana eventually join their ranks. The tone is completely different than anything we’ve seen from Diana’s male superpeers thus far.

Even when Steve Trevor (Chris Pine) arrives, the brightness continues. We get hints of the world outside Themyscira when his plane crash-lands on its shores, but I appreciated the quick move back to the island, the light, and the women. Not only is the star of this movie a woman, its initial ensemble cast is, too, and it was jarring but enjoyable to see a man as the outsider, for once, in a superhero film. And not only are there more women on screen than we usually see in this genre of film, the casting of actors like Wright, Connie Nielsen (as Hippolyta, Diana’s mother), Florence Kasumba, and Ann Wolfe as Amazons is unfortunately novel. How rare is it to not only see women over the age of 35 on screen together, but to also see them in positions of strength and power? Watching the movie’s first fight on the beach was a breath of fresh air. While there was still a bit too much of that slow-motion mid-jump freeze effect for my liking, the fact that real stuntwomen were hired to play several of the Amazons gave this battle a sense of reality I’ve found missing from the rest of the CGI-heavy DCEU. I would have happily watched an entire movie set on Themyscira.

Diana’s desire to save the lives of mankind and live up to what she sees as her responsibilities as an Amazon fuel her decision to leave the island paradise and dive into World War I with Steve. Her selflessness shouldn’t feel unique, but because she exists in a universe where Superman has destroyed a small town main street, half a city, and killed a man, the purity of Diana’s desire to do right is distinctive. The problem is that this means we have to leave the world Jenkins has created on Themyscira, and dive right back into Snyder’s DCEU.

Wonder Woman feels like a movie directed by two people. I lost Jenkins’s vision as the shores of Themyscira faded into the horizon and the action shifted to the dark, depressing world of man. In her iconic red, blue, and gold costume, Diana effectively stands out as a beacon of light against the backdrop of war. We’re meant to use the darkness here—including the drab, heavy clothing men keep trying to cover Diana up with—as a comparative contrast to the light of Themyscira. Had I not sat through three similarly dark-colored films, and had a similarly colored trailer for the upcoming Justice League film not previewed before the movie started, I might’ve been charmed at this artistic choice. It is impressive that Jenkins managed to make Snyder’s gritty aesthetic work for her somewhat. But very quickly, Wonder Woman started to look to me like all the films we had to suffer through to get to this one.

I don’t blame Jenkins for any of this. Not only did she join a franchise that couldn’t produce more than two minutes and 30 seconds of decent material (that first Suicide Squad trailer was kinda lit), she faced the added pressure of bringing the first female-led superhero film to screen. She had to hear that her lead actress didn’t have the right look to play Diana (pointing to Gadot’s slim stature was a common criticism when her casting was announced) and that her own career wasn’t accomplished enough to deserve the “privilege” of helming this film. On top of the sexism, she had to take a character introduced in a terrible movie—even though Diana was the best part of said movie—and erase that taste from the world’s mouth.

Jenkins does a serviceable job with what she’s handed. Gadot and Pine pair well enough together. Pine provides the first consistent stream of humor we’ve seen in a DCEU film to date, and Gadot is sincere and endearingly human in her role, rather than detached and aloof, a la Henry Cavill’s Superman. Dr. Maru (Elena Anaya, Doctor Poison from the comics) isn’t given much to do by the script, but makes up for it by going for enjoyable high camp whenever she can. Diana’s first solo showcase in the No Man’s Land between trenches has moments of greatness amidst all the slo-mo and CGI. Gadot truly becomes Wonder Woman as she fights to save a village from occupation. Her defiance (men are consistently telling her no, and she is consistently ignoring them) is spot on for the character. Jenkins shows a fundamental understanding of the person she is dealing with in a way Snyder has not. The film suffers from the same third-act issue that quite a few superhero movies do: that madcap rush to set up a videogame beat-the-boss-style battle that always gets messy and heavily CGIed. But this isn’t unique to Wonder Woman or even DC.

This would read differently had Wonder Woman been the first film of the DCEU. Clearly, a lot of my issues with this film stem from the baggage of other films I hated, and that’s not entirely fair to Diana. That said, the movie’s $200 million-plus opening—the highest ever for any film directed by a woman—and 92 percent rating on Rotten Tomatoes still make me happy. It means that enough people liked it overall that I don’t have to feel guilty for admitting that I didn’t. It doesn’t feel good to dislike the one thing your marginalized group (in this case, female superhero fans) is given. And even while I didn’t enjoy Wonder Woman, I wanted to see it succeed because its success will be unfairly used to determine the future of female-driven superhero flicks, and the hiring of the women who want to direct them.

Not only did the movie need this opening, but it also needs to sustain the momentum. There has been an unimaginable pressure on both Jenkins and Gadot, and both rose to the occasion—and that’s why Hollywood needs more films like this one. If a man doesn’t like Thor 2, he can go watch Captain America. He has options because Hollywood continues to make and market superhero and action films starring men. Me? Well, I’m gonna rewatch Jessica Jones, I guess. Or go dig out my Xena: Warrior Princess DVDs and make do with those until the next confirmed superhero movie starring a woman comes out…in 2019. 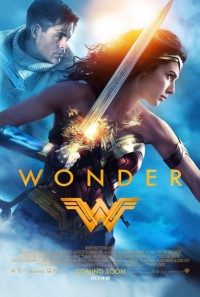 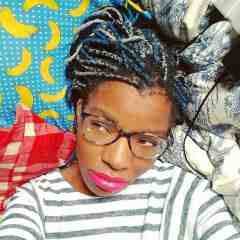 Kendra James is an editor at Shondaland.com, and a freelance entertainment writer based in New York City. Find her on Twitter @KendraJames_.

Many of us have chosen to boycott this film because we can't celebrate a female superhero who actively supported the Israeli Defense Force and the 2014 bombing of Gaza that killed hundred of women and children. That's not heroic or feminist. And while I don't expect principled positions from Hollywood, some of us can't turn a blind eye.

Relevant: War Begets Horror in “Under the Shadow” 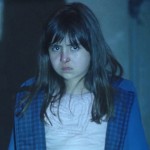 by Elizabeth King
Set in Tehran, Iran, in 1988, Under the Shadow follows Shideh, a wife and mom whose husband, a doctor, gets drafted to the Iran–Iraq War.