Wonder Woman in the Time of Hillary Clinton | Bitch Media

Wonder Woman in the Time of Hillary Clinton 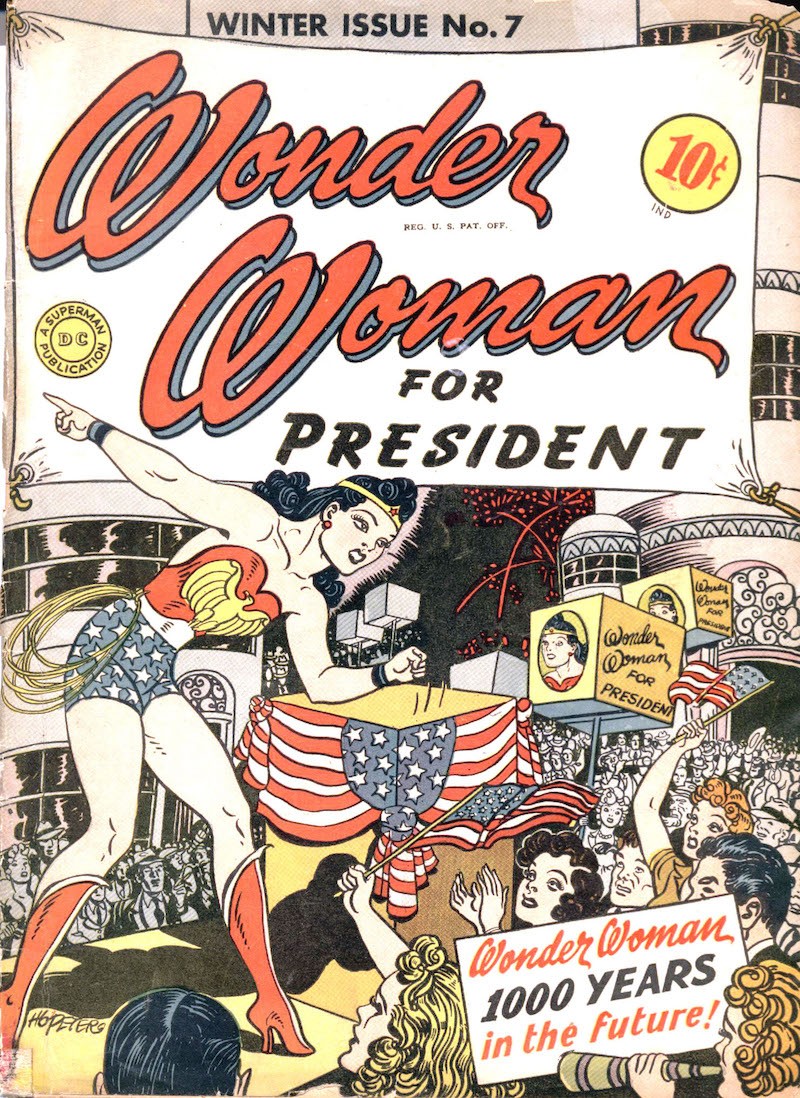 An issue of Wonder Woman from 1943, imagining a distant future where she would run for president.

Ever since her lasso of truth first graced the comic book page, Wonder Woman has been a feminist icon. Writer William M. Marston created her in 1941 to be an advocate against violence, looking to the likes of Margaret Sanger and first-wave feminists for inspiration. Decades later, Wonder Woman appeared on the cover of the first issue of Ms. magazine. These days, she’s probably the world’s most widely recognized fictional feminist icon.

Because of this history, the United Nations named her an honorary ambassador for “the empowerment of women and girls”  on the 75th anniversary of her first appearance.  As comics writer Gail Simone eloquently said, “If you need to stop an asteroid, you call Superman. If you need to solve a mystery, you call Batman. But if you need to end a war, you call Wonder Woman.”

But the designation of the superhero as a UN ambassador sparked criticism. Some “concerned United Nations staff members”  created a petition, which includes criticism of her outfit and says “a large-breasted white woman of impossible proportions, scantily clad in a shimmery, thigh-baring bodysuit with an American flag motif and knee-high boots” is not suitable for an ambassador. For me, a feminist who wears a Wonder Woman watch every day, the critique should be deeper than what she wears. That said, some of the criticism is based not on Wonder Woman’s skin-tight outfit itself, but its pattern: an American flag. The UN’s plan is to use Wonder Woman as a way to brand their girls and women empowerment campaigns around the world, but the American flag is not a welcome symbol of truth and justice around the world. Cultural imperialism is oozing from this idea already without the U.S. flag everywhere.

A graphic from the UN’s Wonder Woman campaign.

More curious is the timing of this action. Yes, it is timed for Wonder Woman’s 75th anniversary, but it is also timed to continue building anticipation for the Wonder Woman stand-alone movie (in other words, no Batman or Superman fight for her to referee) that arrives next year. These are hallmarks of empowerment through the consumption of pop culture, or as Bitch Media’s Andi Zeisler termed it, “empowertisement.” Don’t get me wrong, you can’t walk anywhere in my home without seeing Wonder Woman, but the girls and women of the world need more than a comic book honorary ambassador.

This is exactly the critique others have added to this debate. Feminist groups advocated for a year for the UN to select its first-ever female secretary-general after Ban Ki-moon announced his plan to step down. While many are fans of Wonder Woman, they would rather see the UN finally select a real-life woman to lead the global entity. Seven women were in the running for the job, but in October, the Security Council announced they’d chosen a man, Portuguese diplomat Antonio Guterres, for the job. Critics would also rather see the UN work on its own lack of women in leadership positions than appoint a fictional character to work on the serious issues of gender-based violence and women’s economic power.

Inherent in the appointment of Wonder Woman is something that Simone points to—our admiration of Wonder Woman’s peaceful origins. In the 1970s TV show, she bent guns and turned in the bad guys. In the upcoming movie, she wields a sword a la Xena, and recent comic books have her drawing guns. The farther away Wonder Woman is from her origins, the closer she gets to becoming militarized. It brings to mind the evolution from the feminists’ Republican Motherhood argument for suffrage to the embracing of Hillary Clinton as feminist leader.

This fall, TV’s most famous Wonder Woman, Lynda Carter, has come out in full support of Clinton. Many women are shedding tears over the sight of 100-year-old women, born around the time women’s suffrage was written into the Constitution, casting their votes for a woman president. Women of color are noting the relatively short time since the 1965 Voting Rights Act that provided full suffrage to Black women. So that begs the question: If women have come this far, do we need a fictional character to carry our torch anymore? Perhaps when we inaugurate Hillary Clinton into the White House, we retire our willingness to let Wonder Woman take lead and instead relegate her to inspiration and demand that real flesh-and-blood women be selected to lead the United Nations in bringing empowerment to the girls and women of our planet. If that were to happen, every woman would truly be a Wonder Woman. 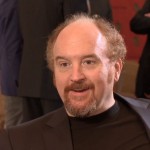