The Orientalist Narrative and Erasure in “Whiskey Tango Foxtrot” 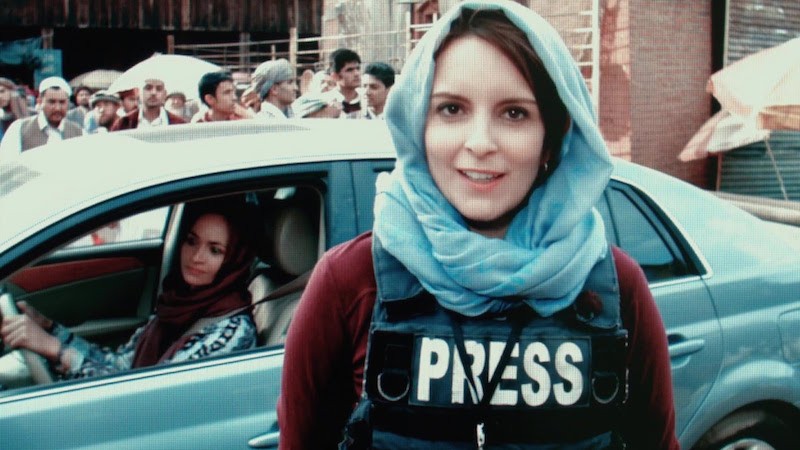 In 2011, The New York Times described reporter Kim Barker’s war memoir, The Taliban Shuffle: Strange Days in Afghanistan and Pakistan, as “hilarious and harrowing, witty and illuminating” and wrote that Barker “depicts herself as sort of a Tina Fey character.” Within weeks, Fey bought the book's film rights. Fey wanted to play a strong character who excelled in a male-dominated field, to show that women can back each other in the workplace, and dedicate the work to her father, a veteran and journalist, who passed away last year. The result is Whiskey Tango Foxtrot.

The film’s trailers present the movie as a comedy a la Sisters, and although it has been dubbed a “feminist comedy,” it’s more of a dramedy with a little rom-com thrown in. While the film accomplishes Fey’s aforementioned goals, in doing so it champions a white, middle-class American feminism that sees Western women as free and other women, in this case Afghan women, as oppressed. This Orientalist storyline is not only problematic and unoriginal, it’s also dangerous as it continues to be used to justify U.S.-led wars in Afghanistan, Iraq and other places throughout South, Central and West Asia. 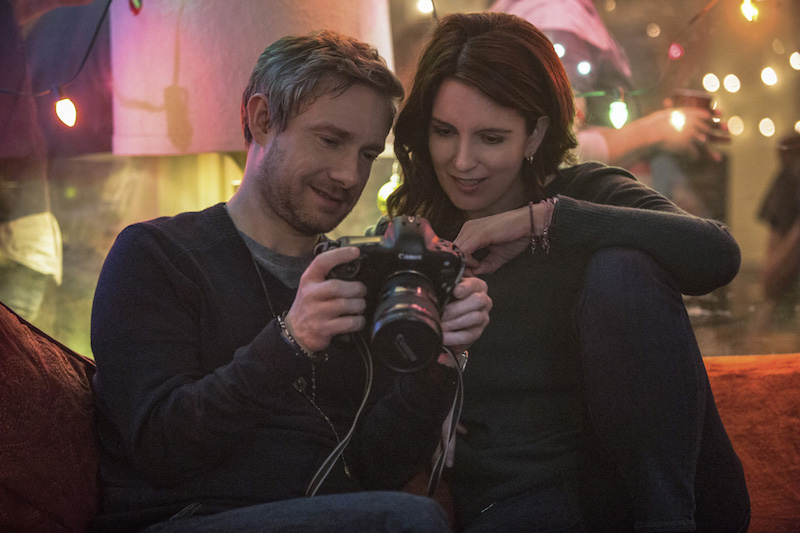 The film revolves around Kim Barker (Fey), a 40-something year old woman from New York. She's bored in her job writing news copy in a cubicle, in a relationship with a guy she doesn’t want to marry, and her daily highlight is riding a stationary bike at the gym. So in 2002, when her boss proposes that she go to Afghanistan to cover the war because all of the well-established journalists have already “moved on” to Iraq, she volunteers. She ends up spending several years in what she and her colleagues call the “Kabubble,” where foreigners party hard with alcohol and drugs (even though both are illegal in the Islamic country), have romantic affairs, do some reporting to further their careers, get high off the adrenaline of war, and “find” themselves.

The script admits to its U.S.-centric storyline in a bar scene where Lebanese reporter Shakira Khar (Sheila Vand) calls Kim’s reason for coming to Afghanistan “officially the most American white lady story I’ve ever heard.” Also, the film makes a nod towards gender discrimination as Kim and her crew visit a bombed school where the graffiti on the walls reads “No education for women.” She tries to cover stories on “women’s rights” but the network doesn’t want to run them. These meek efforts, however, don’t make up for what the script does wrong.

Fey told The New York Times, “I just found it fascinating, the weird mix of Kim having this freeing, wild experience privately, in the middle of a place where women are so oppressed.” This fascination of Western “freedom” versus Afghan “oppression” runs through the film.

Kim refers to the blue burqa that women must wear in Taliban-ruled areas as a “beautiful Ikea bag.” When she finally puts one on she says, “I feel so pretty, I don’t even want to vote.” In the best of times, this would be a hard joke to pull off. Given the voter fraud and danger Afghans have faced at the polls, it feels off.  Once in the car and driving through town, her colleague tells her she’s in “the blue prison now.” She responds, “No one is staring at me. It’s weird.” Her Eurocentric response focuses on the absence of the male gaze, passing up a ripe opportunity to identify with Afghan women. She can’t identify with them because still sees herself as an exception and therefore superior. She thinks she has a choice to put the burqa on.

Later, back in her street clothes, Kim visits a village with a group of Marines to investigate why the villagers destroyed their well, after the U.S. military had fixed it. A burqa-clad local woman catches Kim’s attention and leads her into a house, where 20 other village women are waiting for them. The camera stays on Kim so when all of the women lift their burqas to show their faces, we are only allowed to see her face, expressing surprise and fascination. Immediately afterward, the screen fades to black, rendering the Afghan women invisible. Kim then comes out to talk to the commanding officer on behalf of the women, telling him that they destroyed the well because retrieving water is their only opportunity to socialize. He commends her work.

This is the quintessential white liberator narrative. These Afghan women remained literally faceless, oppressed and silent except when spoken for by a white American feminist.  The scene didn’t have to go this way. The camera could have shown their faces. At that point in the film, Kim hardly spoke any of the native language, so it would have been cool to see them figure out how to communicate and connect. We could have heard at least one Afghan woman speak on behalf of herself and the villagers.

Instead, the film only has one female Afghan in a speaking role. As soon as Kim has landed, she’s walking out from the airport and an elderly woman calls Kim a whore in her native language for not covering her hair. Kim doesn’t understand, so her male interpreter (Christopher Abbott) sweetly smiles and translates the comment as “Welcome.” This early scene in the film represents the Afghan woman as contentious and defending traditional gender norms and the male as warm and welcoming.

Sonali Kolhatkar, co-director of Afghan’s Women’s Project, stated in an interview with me, “In order to make this film, everyone on the project must either imagine that the Afghanistan situation has resolved itself and that we have saved women, so it’s okay, or they don’t care that women and people in general in Afghanistan are still suffering so terribly in spite of and in some cases because of the U.S. war.”

In the last 15 years, over $800 billion has been granted in budgeting by the U.S. Department of Defense, the Department of State, and the Agency for International Development and unfortunately problems persist. How has this been justified? Mostly by paying lip service to the myth that Americans are there to bring democracy and “liberate” Afghan women. Whiskey Tango Foxtrot reiterates this idea by using Afghanistan, its problems and its women, as a backdrop for Kim’s journey of self-discovery.

Tina Fey is highly esteemed as a feminist voice in Hollywood with a long list of accolades. I commend her effort to represent the Muslim world, and spearhead a project that US audiences are not accustomed to seeing. I’d love for her to move beyond the narrow Western liberator feminism that mainstream America has been sold and produce films that give agency to Afghan women. Highlighting the work of Malalai Joya, for example, who the BBC called “the bravest woman in Afghanistan,” would be a good place to start.

"Orientalist Narrative & Erasure"? WTF does that even mean? o.O

A feminist actress (Fey) makes a movie about women's empowerment in one of the most oppressive corners of the globe and the FEMINISTS find something to complain about. That's par for the course these days. Care to pick apart any other pro-female movies, art or literature?

It just feels like women can't do anything without other women tearing them down.

Loved the article! I wasn't planning on watching the movie, but I'm happy I read this critique.

Did we read the same article? And I find your flip comment about women tearing each other down to be sexist.

I love Tina Fey, but saw the movie and agree that its white-centric viewpoint is annoyingly exclusive in tone. The two main Afghan characters are portrayed by white actors! Feminism is about representing diverse voices. Fey is smart and funny, but as a white woman, I feel obligated to call out the movie's skewed approach. 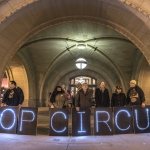