Wynonna Earp is many things: It’s funny, action-packed, heartfelt, and wonderfully written and performed. It is also super gay. During its first season, the supernatural drama built a supportive fanbase—called Earpers —who’ve flocked to the show because of its depiction of familial, platonic, and romantic relationships. The bond between Wynonna (Melanie Scrofono) and her younger sister, Waverly (Dominique Provost-Chalkley), is the core of the show, but it’s Waverly’s relationship with Nicole Haught (Katherine Barrell), Purgatory’s newest police officer, that has really resonated with fans.

Waverly and Nicole’s relationship a.k.a. WayHaught is celebrated—especially among viewers in the LGBTQ community—because it doesn’t rely on traditional tropes about same-sex couples. Nicole is an out lesbian who doesn’t waste time talking about her sexuality. There’s no coy development of her gayness. She flirts openly with women and lives her truth without fear or a need to qualify who she is.

Waverly’s sexuality is also clear. There’s no belabored coming out, which has become all too familiar on shows with LGBTQ storylines, including Buffy the Vampire Slayer and Supergirl. Most of those plotlines are presented through the context of coming out: the stress, the possibility of rejection, and the relief of acceptance. It’s important to have honest depictions of characters struggling with their sexuality, navigating the process of coming out, and exploring the fallout—both good and bad—of it. Coming out is a very real struggle for LGBTQ people, and portraying a reality where families are accepting is inspiring and inviting.

It eases fear. Supergirl handled Alex Danvers’s coming out by framing it as a late-in-life realization. But that’s not the only story for LGBTQ people, and frankly, coming out plotlines have become tired, except in rare cases like Supergirl. We’ve seen the stories of gay characters struggling to understand themselves and confront the idea that the world may not accept them. Where are the stories that tell us there’s nothing that needs accepting? 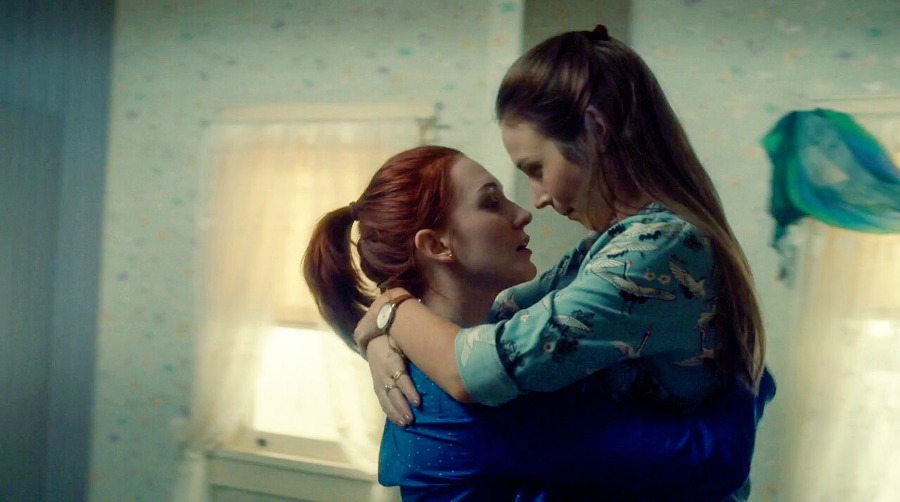 That’s where Wynonna Earp comes in. There’s an immediate spark when Waverly and Nicole meet in the show’s second episode, but their feelings aren’t considered taboo. That straightforward approach is refreshing because it represents a step toward a growing acceptance of on-screen LGBTQ relationships. Although their town is overrun by demons and witches, Waverly and Nicole have a normal relationship with just one obstacle: Waverly’s turd of an ex-boyfriend, Champ Hardy (Dylan Koroll), who actively disapproves of her relationship with Nicole. Waverly’s relationship with Champ tells audiences that there’s nothing wrong with exploring sexual fluidity. While Alex and Maggie Sawyer’s (Floriana Lima) relationship on Supergirl tells gay kids that happiness is possible, WayHaught tells them that their feelings are valid and normal. The 100, meanwhile, offers a completely different world in which sexuality isn’t even a concern.

The 100 handled a relationship between Clarke Griffin (Eliza Taylor) and warrior commander Lexa (Alycia Debnam-Carey), known as Clexa to fans, in a similarly straightforward way. Although Clarke is bisexual, no character treated her relationship with Lexa as odd or surprising. Their budding romance remained a non-issue, though they’re on opposite sides of an increasingly violent conflict. Much like WayHaught, Clexa has conflict, mutual respect, and love—just as heterosexual TV couples do. However, while Waverly and Nicole survived the first season, Lexa dies in The 100’s third season, falling victim to the “Bury Your Gays” trope. The move caused immediate outrage, sparked petitions, and led to the creation of Lexa Pledge, a promise not to further evoke harmful tropes about queer characters on TV shows. Lexa’s death even spurred some fans to create a convention tailored to celebrating lesbian, bisexual, and transgender characters in media.

In almost direct contrast, Wynonna Earp goes out of its way to save Nicole from a similar fate. In the first season finale, Wynonna and Waverly are facing down their older, evil sister, Willa, when she pulls a move that’s all-too-familiar for LGBTQ fans. Willa shoots Nicole in the chest, stopping the hearts of those accustomed to the fates of TV lesbians. Thankfully, Nicole was wearing a bulletproof vest, so she became one of the few lesbians on TV to survive a brush with death. In saving Nicole, Wynonna Earp managed to both comment on and subvert “Bury Your Gays” at the same time.

LGBTQ relationships are becoming more common across television and film, especially in science fiction and fantasy. But it’s still rare to find shows and movies, like Wynonna Earp, that depict those relationships differently. In a television landscape full of emotional struggles, death, and tearful coming out announcements, Wynonna Earp, which shows two women falling in love without fanfare and fear, is the most rare of all. 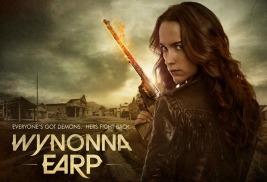 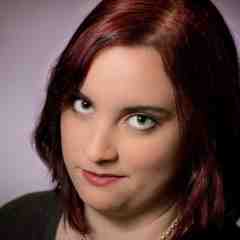 Tricia Ennis is a freelance writer and a massive geek. When not writing (and sometimes while writing) she can usually be found reading comic books or watching one of the 400 TV shows currently on her watch list. She is a regular contributor at Syfy Fangrrls and the founder of All Geek to Me. You can find her and her ravings on Twitter or on her website www.triciaennis.com.

The first meet of Waverly and Nicole in "SHORTY'S" was done so humorously and naturally that people couldn't help but smile and chuckle me thinks. Dominique Provost-Chalkley did such a honest portrayal that has continued into season 2. her range is wonderful even when she realizes that something is not right 'with newly back from the dead' sister Willa. Even Wynonna doesn't see it until too late. Willa (Natalie Krill) became my favorite Earp sister and I was hoping for her survival. Oh well, she may come back from the dead once more.

Relevant: Titus Andromedon Should Break Up With “Unbreakable Kimmy Schmidt”

by Neesha Powell-Twagirumukiza
Titus deserves so much more than being the punchline of white women’s jokes.