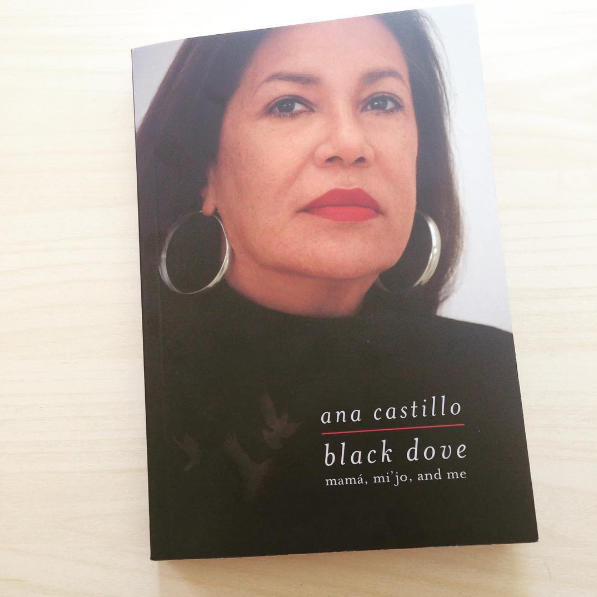 Ana Castillo's new memoir talks about her childhood, her life as a writer, and her relationship with her son.

We Xicanas love our icons fiercely. For the daughters of mostly working-class families, that reverence comes from what those icons represent: The few who are able to escape strongly imposed social norms in a culture that has generationally and historically minimized its women. There is no exact English translation for “Chingona.” The word describes an almost unstoppable inner quality, someone who has had the strength to surpass life’s obstacles and has done it with style. For Xicanas, defiance is both an art and a method of survival. Feminist theorist, poet, and novelist Ana Castillo is definitely a Chingona.

Over her 40-year writing career, Castillo has personified resilience. Her just-released memoir, Black Dove: Mamá, Mi’jo, and Me (The Feminist Press), is a collection of essays that weaves intergenerational stories, revealing the intimate, passion-filled, and sometimes devastating truths that have influenced her celebrated writing and identity. She spoke candidly with me about her journey as a writer and single mother, labels, patriarchy, bisexual stigma, and the politics of the American prison system.

VIVA FLORES: Although you are openly bisexual, you mention never caring much for labels. Later, when described as polysexual in the media, you consider that and agree it might be accurate. As an openly bisexual Xicana writer, I wanted to express how your work has inspired me and countless others to seek and accept their personal truths. Although there has been progress in regards to how accepting Latino families are of queer culture, bisexuality remains a problematic identity in general to accept, for both gay and straight communities. I have heard it attributed to you in past interviews that you have said that bisexuals “occupy a third space.” Can you elaborate on that?

ANA CASTILLO: Thank you for your comment on being inspired in your own life by my work. Regarding labels, I think that they are useful at the beginning of a dialog. People have a starting point for discussion. But only you should give such a label to yourself and not allow others [to] define you.

In the past, when sexuality was viewed in black and white terms, straight or gay, I did say that bisexuality and including transgender identity occupied a third space. As society became more accustomed to the fact that human sexuality is a spectrum, that “third space” has become more visible. Generally speaking, society tends to think of same-sex attraction as being based on sex.  Speaking as a woman, female relationship attraction is also based on shared experiences or as “the Second Sex” as [Simone de] Beauvoir put it. It’s based on our biological chemistry from menses to menopause, the shared perceptions we were taught growing up regarding family and others. Sexuality, for women who choose a woman partner, is not about sex alone. It is an aspect that I believe belongs in that “third” space.

You touch upon ageism throughout the text, most notably when your lesbian partner revealed deep feelings for a much older woman, then later, having come full circle, you yourself accepted younger lovers. Do you think that ageism can be perceived as a product of misogyny, even in queer communities? Is that problematic to Xicanisma?

Aging for both men and women is a problem in our youth-oriented society. Because physical attractiveness has always been placed on women regarding their value (and, therefore, their ability to survive and perhaps even do better for themselves, and in some cases, their families) aging is definitely associated with misogyny. When a woman reached menopause, her worth dropped considerably, since she could no longer produces heirs. The deterioration of her looks also made her unappealing in society, as women were considered lovely objects to look upon. In modern culture, we can argue that, thanks to feminism, women are much more independent and don’t have to worry that they’ll be left out to freeze at sixty because they are considered a burden to the survival of the clan.

In the essay, “On Mothers, Lovers, and Other Rivals,” along the lines of woman’s appeal after “a certain age,” I indeed felt confused and slighted that my lover wanted a woman who could pass for her grandmother over me, who was the same age as my lover. In the past, as I wrote, when same-sex romantic relationships were forced to be underground, cross-generational relationships were not uncommon. By the same token, relationships were formed across class, culture and ethnic lines. The selection pool was narrow. You usually formed attractions in gay bars, the only “safe” space to be out. It was something I learned through that relationship. I was unaware before, because as a bisexual, my experiences, including that one, were with women who were part of a large circle of like-minded individuals. 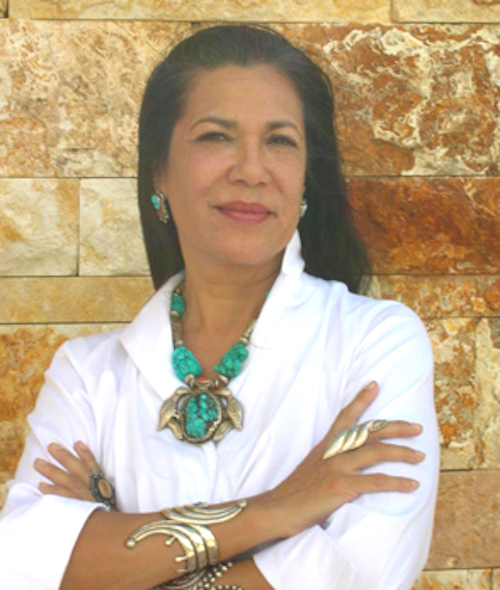 The last third of the book speaks primarily of your son’s incarceration as well as the behavioral changes you noticed in him in the years prior. You are honest about your fears as the mother of a brown man whom you knew most likely would be misunderstood by the system he was trapped in. How can that societal “shell” be combated when young brown men are in survival mode due to the system of institutional racism they still face?

If only I had the answers. Is there an answer as to how to fight institutionalized racism, especially with regards to men of color in our society? If we are not fearing jihad, we are fearing stereotypes of American black men, or as Trump would have us think of Mexican immigrants as “rapists and murderers.”Many would like us to think that education is the best answer. If a young person of color pursues higher education, his or her problems will be resolved, economically, socially, and presumably emotionally. But as I write in the book, there is the real dilemma of how people of color are perceived in society. Henry Louis Gates pointed out not being able to catch a cab in New York because he was a black man and therefore perceived as dangerous. Young men of color get stopped and searched on the street by police and more than two in a car are stopped. In time, we see in these individuals an anger building up.

Speaking for myself, I experienced that anger as a woman of color. Maturity has taught me not to be guided by it. However, it does not mean that the anger isn’t justified.

Ana, your memoir, as well as your fiction, poetry and other works, have such a strong theme of survival, you yourself being a breast cancer survivor for five years now. Many people don’t know that you were actually going through cancer treatments yourself while your son was incarcerated.

There are popular memoirs today that focus on personal tragedy or near tragedies that authors have overcome. I never thought I’d write about my own. In teaching memoir writing, I always relay that the theme of a memoir starts with a conundrum in a person’s life, a mystery, if you will, that tugs at your heart. While cancer is often the subject of personal writing, I chose to keep my own ordeal private.

Pursuing that mystery, a writing journey begins. You might not solve it, but memoir is all about what you learn in the process. The mystery was what factors caused my son’s spiral downward. A child’s suffering often provokes more grief than our own. I do believe I mentioned my health issues in telling the story, but it wasn’t the conundrum that drove the writing.

Regarding the theme of survival, yes, there has been that stage at times in my life. Many of us think of being [a] victim as an indication of weakness. Sometimes we are victims. If a drunk driver hits you, you are a victim. As you fight for your life, you become a survivor. If you later begin to fight for other victims or bring awareness and make it a cause, you become a warrior. If I may so, I often do not think of personal hardship for its own sake. What is important about life experiences is what you make of them that may benefit others. It goes along with the basic motto of wanting to leave the world a better place than how I found it.

When you write as a poet or storyteller, you never know who or how many may identify or perhaps learn from your shared thoughts or expressions. Even if it’s one, a handful, I think the effort is worth it. It was why I chose to be a poet so long ago.

Your deeply personal and complex spirituality is also a focus in the book, ranging from your early memories of Catholicism, to a distancing from organized religion and adopting indigenous practice and ceremony, as well as connections with Yoruba spirituality. At some point, you struggle with the idea of your granddaughter’s possible atheism. How can spirituality transcend a deeply analytical mind?

I always refer to the Jesuits when I consider doubt in faith in God. They pose that doubt is fundamental in the struggle to find God. God is not found merely through knowledge but love. All religions, whether ancient as the Hindu or more recent, like Scientology, develop from analysis. I would suggest that analysis is not about how to love God but how to control those who follow that religion through their belief in God.

Spirituality, on the other hand, comes from experience with love and experiences with the inexplicable. Spirituality is highly personal. In the book, again, I made it a purpose to speak sincerely. I don’t pretend to know what I don’t. In the essay, “Searching the Other Side”—in finalizing an essay I must come to a conclusion. It doesn’t mean the journey of my own spirituality is ended. It doesn’t mean that is the extent of religiosity in her life because my grandchild has been told by her mother and family that there is no God (but that there is a Santa Claus). She has a fresh, intelligent mind. It’s only the start of her inner journey. 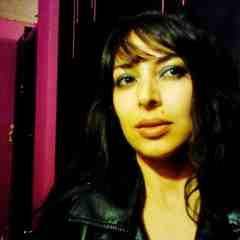 Viva Flores is a Xicana Apache poet and essayist. Her writing has been featured in Black Girl Dangerous, St. Sucia, Lowriting: Shots, Rides & Stories from the Chicano Soul and will be included in the forthcoming Third Woman Press Inaugural Anthology.

Relevant: Ask Bear: I Don't Drink. Should I Start?

by S. Bear Bergman
A reader wonders if they're missing out—but worries about spiraling into addiction.