Women take the helm of horror in “XX” | Bitch Media

Women take the helm of horror in “XX” 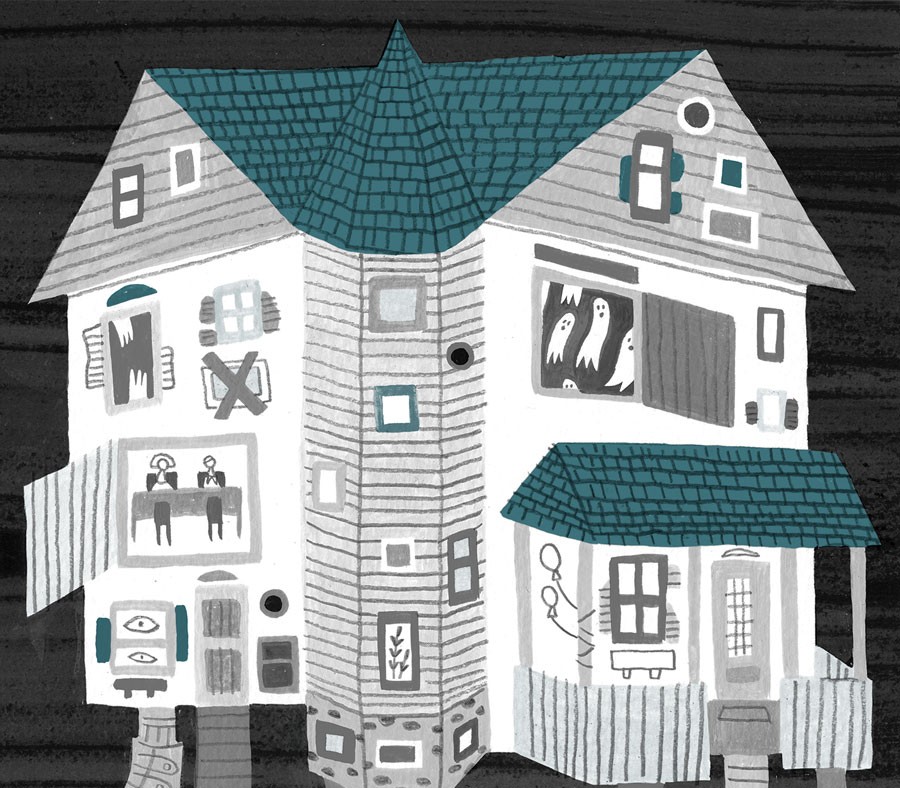 It’s a well-known truth that the rampant sexism of Hollywood and the film industry keeps women from taking the lead as filmmakers and writers, particularly in the boys’ club of genre films. New horror compilation XX, however, is special: It features four short-format narrative films all written, directed, and starring women.

As production on XX began, the writers and directors—a blend of newcomers and established contributors to the horror genre—were not in contact with one another. There were no rules, no required themes or motifs. The finished shorts come together to form a one-of-a-kind piece that heralds a new era in genre filmmaking, one with different perspectives behind the lens. This is part of what makes XX so refreshing: Its four shorts are risky and irreverent, and they pay homage to the tropes and traditions of horror filmmaking.

The first vignette, “The Box,” by director Jovanka Vuckovic, begins with a family traveling on a busy New York subway. The son asks a mysterious man what’s in the box the man carrying. The pacing of the scene, the particular strangeness of this stranger, and the heavy sense of dread make viewers uneasy immediately even though we never see what the boy sees in the box. This is, however, for the best: Whatever is inside triggers the son (and, eventually, his sister and father) to stop eating, and the distraught mother can’t save her family from wasting away. Though “The Box” is the weakest of the four pieces, its placement as the first installment is an appropriately served amuse-bouche, a taste of the dread to come.

Thank goddess for the next short, the directorial debut of Annie Clark, otherwise known as musician St. Vincent. “The Birthday Party” is the horror version of that mortifying family memory you’ve reclaimed and started using in stand-up routines. In this piece, Clark uses a bourgeois family moment—a costumed after-noon birthday soiree—as commentary on the absurdity of social norms and polite company. With minimal dialogue (just the delightful Melanie Lynskey’s anxious self-talk) and gorgeous use of color and light, “The Birthday Party” raises thematic flags of alcoholism, adultery, depression, and social status. There’s something sketch-like in the execution—the scenes move quickly, with almost slapstick timing, and Clark’s surreal, macabre visuals provoke giggles and grimaces. There is much to revel in here, and “The Birthday Party” is somehow garish, kitschy, disturbing, beautiful, and funny all at once.

The next installment, “Don’t Fall,” is like a short-format stoner version of The Blair Witch Project or The Descent. Director Roxanne Benjamin produced the well-loved V/H/S anthology films and codirected and cowrote the Southbound horror anthology, and her genre experience strengthens XX. “Don’t Fall” uses a recognizable horror trope: A group of young adults camp out in a forbidden locale and speculate on the history of the site and the mysterious ancient symbolism they find etched in a cliff wall. Benjamin moves skillfully through this familiar setup to deliver unexpected panic with an agility and urgency that keeps pulses raised right to the end.

The last short comes from another experienced genre director. In “Her Only Living Son,” Karyn Kusama, who also directed The Invitation, tells a sympathy-for-the-devil-who-is-maybe-also-your-kid morality tale that feels like it could be a sequel to Rosemary’s Baby. Kusama’s knack for the genre really shines here, right down to the skillful manipulation of her audience’s expectations.

Animated vignettes placed between the shorts serve as the twine that stitches XX all together. Sofia Carrillo’s strange, neo-Victorian gothic stop animations (think: doll parts, taxidermy, rotting fruit) are reminiscent of the great surrealist animator Jan Švankmajer. These breaks give the viewer time to shake off whatever creepy vibes linger from the previous short and to prepare to dive right back into whatever comes next.

Each installment in XX stands on its own, and much of this is due to the filmmakers’ tangible appreciation of the genre. Both “Don’t Fall” and “Her Only Living Son” boast grotesque special effects and “monster magic” on par with feature lengths with significantly larger budgets, and the color theory and general aesthetic of “The Birthday Party” would make even legendary horror director Dario Argento proud. The production value for each of these four films could easily justify an expanded, feature-length remake, which wouldn’t be unusual—well-loved horror films like The Babadook and Evil Dead got their starts as shorts.

XX is a success because it is a delightful and horrific variety pack. Many film critics have argued that it would have been more effective if the anthology adhered to a strict theme, but that could have easily opened the door to trite continuity or heavy-handedness. XX didn’t need a consistent theme of motherhood, for example, to work. In fact, the anthology is stronger because these independent female powerhouses weren’t told to follow the same strain. What’s important: XX is nuanced storytelling and solid genre filmmaking that also passes the Bechdel test severed hand over bloody foot.