Yes! The Supreme Court Agrees: Texas Abortion Restrictions Are A Burden on Women 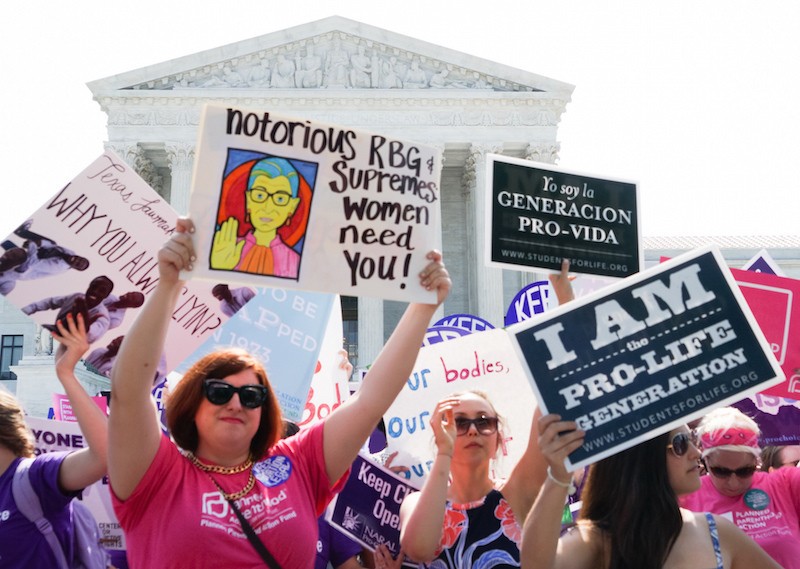 The crowd outside the Supreme Court this morning as the 5-3 decision was announced. Photo by Victoria Pickering.

Today, in a long-awaited victory for reproductive rights advocates the Supreme Court ruled 5-3 that Texas’ abortion restriction laws are unconstitutional. The laws, passed by the Republican-controlled legislature three years ago despite massive protests and a heroic filibuster by then-State Senator Wendy Davis, require abortion clinics to  meet the standards for ambulatory surgical centers and require doctors who perform abortions to have admitting privileges at a nearby hospital. Those changes could cost clinics $1 million or more to implement.

Since the passage of these laws, the number of clinics offering abortion in Texas has dropped from 41 to 19. If the laws had stayed in place, another nine would likely have been forced to close their doors.

Instead, the majority of justices agreed with lower court decisions saying in the Whole Woman’s Health v. Hellerstedt  case that the laws are an “undue burden” on healthcare access: “We conclude, that neither of these provisions offers medical benefits sufficient to justify the burdens upon access that each imposes. Each places a substantial obstacle in the path of women seeking a previability abortion, each constitutes an undue burden on abortion access, and each violates the Federal Constitution.”

“Today, the Supreme Court affirmed what we at Whole Woman’s Health have known all along—that every woman, no matter where she lives, deserves access to compassionate, respectful, and comprehensive care from a clinic she trusts. Today justice was served,” said Amy Hagstrom-Miller, the president and CEO of Whole Woman’s Health and lead plaintiff in the case.

While Republicans pushed through the laws by saying they were “protecting women’s health,” major medical groups, including the American Medical Association and the American College of Obstetricians and Gynecologists,  filed briefs asking the Supreme Court to block the legislation. “There is incontrovertible evidence that imposing these unjustified burdens on abortion providers is impeding women’s access to quality, evidence-based medicine: H.B. 2 has delayed, and in some cases blocked, women’s access to legal abortion,” wrote the groups in a joint friend-of-the-court brief. “Both outcomes jeopardize women’s health.”

Striking down these laws in Texas will likely have national repercussions, as states around the country have passed similar abortion restriction laws over the past decade. Reproductive health advocates now have the Supreme Court on their side as they challenge laws from Minnesota to Florida.

“Without question, today's ruling is a game changer in what has been an unrelenting assault on women's rights across the country,” said Nancy Northup, President and CEO of the Center for Reproductive Rights. “This tremendous victory renews the promise of Roe v Wade for the next generation. We will not stop fighting until access is restored for all women in the U.S.” 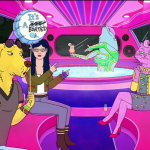 by Sarah Mirk
The surreal Netflix show is frank about a personal choice—and also spoofs the ideas of anti-abortion protesters.