There Goes the NeighborhoodCan YIMBYs Reverse the Impact of Gentrification? 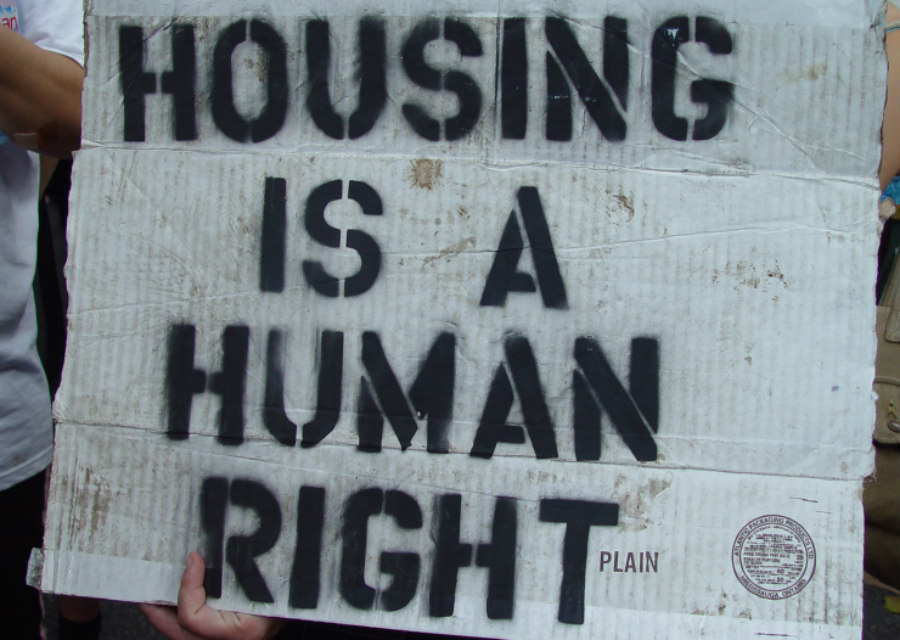 U.S. cities such as New York, San Francisco, Los Angeles, and Seattle are experiencing skyrocketing housing costs, with home prices doubling, and in some cases nearly tripling, since 2012 while housing inventory shrinks. Amid the clamor of voices with suggested solutions, one group is growing rapidly: YIMBYs. That’s “Yes in My Backyard,” in opposition to NIMBY, or “Not in My Backyard,” sentiments these housing activists say contributed to the housing crisis. Many YIMBYs are young, some are recent transplants, and all are struggling with the growing unaffordability of city life at a time when people are flocking to urban areas as centers of job creation and opportunity.

YIMBY Toronto was one of the earliest such groups, while Sonja Trauss at the San Francisco Bay Area Renters Federation (SFBARF) was also an innovator. The YIMBY path to housing affordability has been controversial. Organizers attract the ire of progressives and conservatives as they argue for one core belief: If you want to curb rising housing costs, you have to build more housing—for everyone. Each YIMBY organization—some prefer to avoid the term “YIMBY,” saying it feels overly confrontational—takes a slightly different approach based on their city or philosophy, but there are some common threads in this form of housing activism. YIMBYs believe more housing availability should lower prices overall, with some advocating for any and all housing, while others support a mixture of market-rate and other development, including not just low-income but moderate-income housing.

In cities with crunched markets, many people making less than 115 percent of the median income—qualifying them as “moderate income” households—still can’t afford to buy or rent. In San Francisco, for example, the median income was $88,000 in 2016, but 2017 research found people needed to make at least $110,000 annually to be able to afford a house without financial precarity. Housing costs have increased 11 percent since 2017, and are predicted to rise another 4.5 percent in the next year. Six years ago, the median listing price for the city was $659,000. Now, it’s $1.29 million, and over half of homes sell for more than the asking price. Across the bay in Oakland, affordability doesn’t look much better. People need to make at least $80,000 to buy a home in a city with a median income of $58,000. As the cost of housing increases and available inventory shrinks, new construction is sluggish and often fraught with red tape. 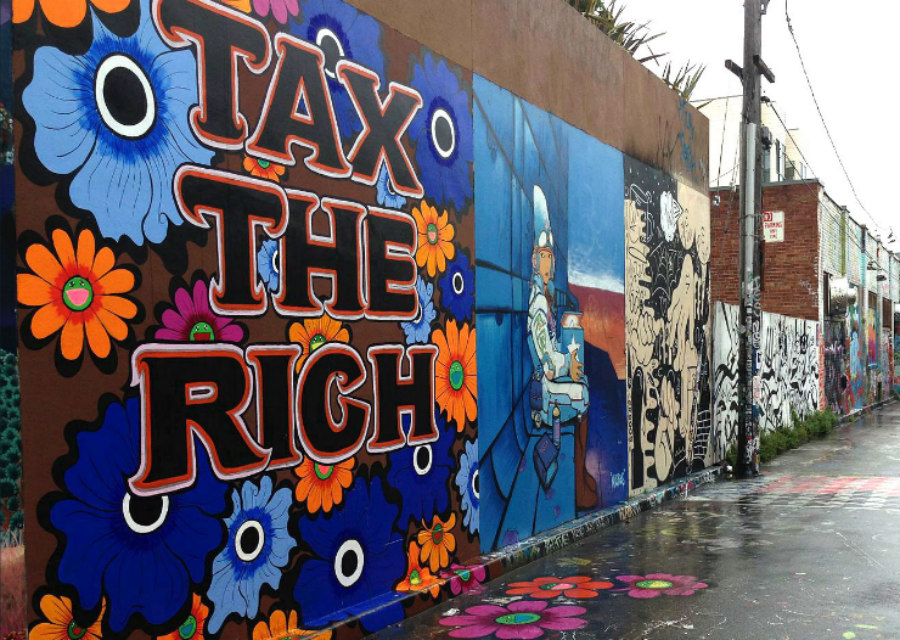 Waiting lists for subsidized and affordable housing—open to those who meet strict financial requirements like those in New York—are years long, highlighting the urgent need for a place to live. In 2015, nearly 60,000 people entered New York’s subsidized housing lottery in competition for 105 units in a Brooklyn development. In 2017, Los Angeles opened its Section 8 lottery for the first time in 13 years, allowing people to compete for spots on the waiting list for the housing subsidy program. Analysts expected 600,000 applications for 20,000 spots, and the 20,000 people selected aren’t guaranteed housing.

“There are a lot of structural inequalities in the decision making around housing,” says Laura Fingal-Surma, who sits on the board of YIMBY Action, a group in the Bay Area. Hearings and meetings are often in the middle of the workday, which is highly inconvenient for workers, parents, and people with other obligations. This comes on top of a long legacy of racism and classism endemic in urban planning, from decisions about where to build to who gets loans. The racial wealth gap is a huge contributor to the struggle to afford rental housing as well as homes for purchase. Black and Latinx communities are actually experiencing declining wealth as assets concentrate in white hands. But the problems don’t start or stop there. In the height of the financial crisis, for example, Wells Fargo originated tens of thousands of predatory loans made to communities of color, leaving their victims holding the bag when the housing market collapsed.

In Richmond, a low-income community of color in the East Bay, the problems created by predatory lenders grew so extreme that the city actually took over failing mortgages in a bid to keep people in their homes. The banking industry has also been rife with redlining and other racialized policies designed to deny home ownership to people of color, while city councils and government entities have used zoning to exclude communities of color. These practices pushed people of color into polluted neighborhoods like West Oakland, subjecting them to environmental racism and intergenerational health problems—and now, these regions are being rapidly gentrified by white new arrivals with the clout to push for environmental cleanup.

Trauss, for one, is taking the fight directly to City Hall: She’s running for District 6 supervisor, and housing is a cornerstone of her campaign. She’s not the only one, with groups like Abundant Housing LA encouraging members to run for office and seek positions on local commissions. YIMBYs argue that housing equity isn’t just about building new developments, but also taking advantage of existing transit infrastructure by concentrating on upzoning, or increasing density and use flexibility of new developments, around transit-rich neighborhoods. 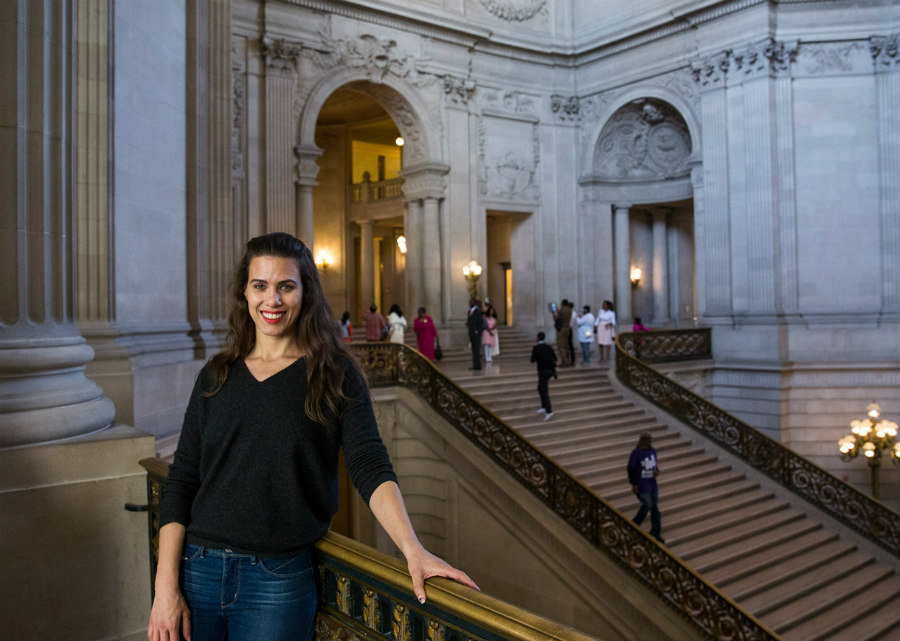 Victoria Fierce, with East Bay for Everyone, told Bitch that substantial housing was demolished during construction of Bay Area Rapid Transit, the subway system that spans the Bay Area, as well as the web of freeways clogging the area. People who lost housing—many of whom were Black and Latinx working-class people—are owed reparations, she argues, and it should be possible to develop without displacement. Trauss and other Bay Area advocates have created the “Sue the Suburbs” campaign to push outlying suburbs, like Lafayette, to build housing near transit, creating new housing in areas that are easy to access rather than concentrating their efforts in existing communities. Meanwhile, Patience Malaba, who organizes with Seattle for Everyone, said development should include “high opportunity” neighborhoods that people have been historically shut out of. That’s a sentiment Trauss endorses as well: concentrating new development in just one part of the city is unjust. YIMBY groups work hard to mobilize people around support for specific projects; historically, planning commission meetings have often been perfunctory—and dominated by NIMBYs.

Groups like East Bay for Everyone, Seattle for Everyone, and SFBARF counter that with activism and organizing within communities with pending development applications; for groups like the California Renters Legal Advocacy and Education Fund, that includes suing in the wake of permit denials that the group feels are unlawful. To say that these views are unpopular may be an understatement. Older, established property owners, including those who consider themselves progressives, dislike YIMBY enthusiasm. Advocacy for upzoning is especially terrifying to many property owners. They say the issue is about “quality of life” or “neighborhood aesthetics.” YIMBYs have a different point of view, arguing that a sense of “I got mine” tends to pervade planning commission and city council meetings where people with housing security face off with those trying to champion affordable rents. Others argue that the YIMBYs willingness to collaborate with developers on market-rate housing is contributing to gentrification in cities like San Francisco by creating housing for those with economic power at the cost of those who are living on the margins. The creep of gentrification is a tremendous housing injustice, turning historically marginalized neighborhoods into playgrounds for the rich.

In San Francisco, for example, Latinx communities have been displaced from the Mission, while the Castro has similarly been stripped of many LGBTQ residents. This kind of displacement fractures senses of community, history, and solidarity, forcing people to leave as their homes are replaced by pricey condos and other market-rate projects. And when residents are pushed out of the neighborhoods they’ve lived in for decades, they in turn struggle to find housing. Working-class people may retain their jobs in the city while having to commute hours away every day. This creates an outward ripple effect that pushes prices up in a growing circle around the city, in turn affecting communities further afield. Advocates say that uncontrolled development will favor those with the most money, amplifying gentrification rather than offsetting it. They don’t believe that building new housing will automatically protect the interests of long-term residents. “Our history makes evident that trusting the word of those who promise to help marginalized communities after the middle-class is taken care of is a fool’s decision,” David Levitus, an expert on cities and planning policies, recently wrote. 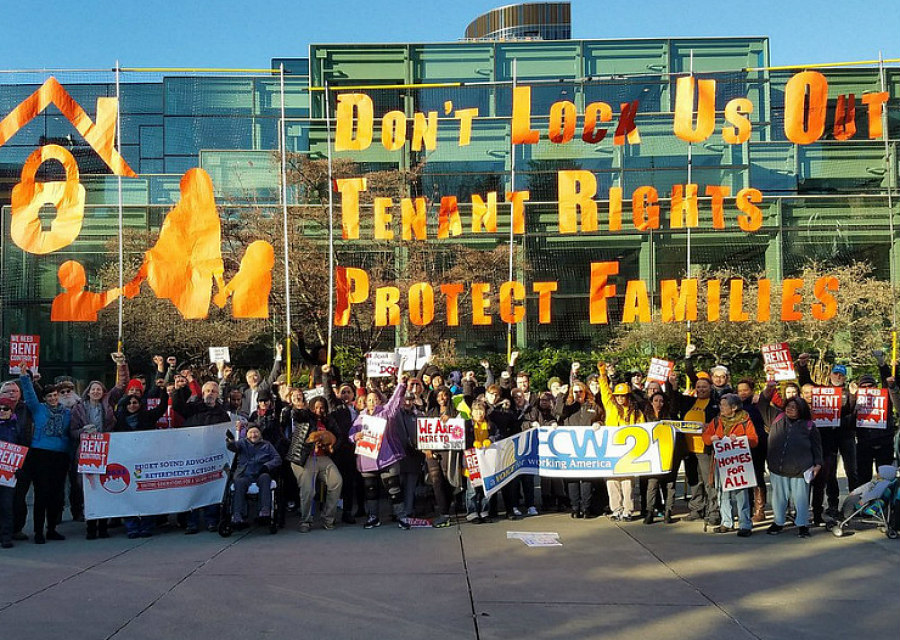 Anti-gentrification activists often paint YIMBYs as mostly white and male newcomers. That’s not necessarily the case, though. Fingal-Surma points out that many YIMBY organizers are women, adding: “When it comes to the white men, [those] men are loud on the internet.” Fierce echoes her: “It traces back to our patriarchal society, men automatically get the loudest voice.” But Fingal-Surma refuses to downplay the demographic issues of YIMBYs. She says the landscape of the movement in the Bay Area has radically changed in recent years. Outreach, including “intro to YIMBY” sessions that aim to connect with people where they are, has diversified their membership. After the organization started holding networking events, she says, the numbers of women, people of color, and long-term residents swelled dramatically. “There has been a big change in terms of who is speaking for these issues,” says Malaba, who has observed a similar pattern in Seattle.

Over time, this change may also shift the tenor of YIMBY organizing, with a growing awareness that simply advocating for development may not be enough. Some groups, like Abundant Housing LA, are trying to approach the issue of housing through a more social justice–oriented lens. They’ve begun working with housing activists who have been organizing around these issues for decades and weighing serious concerns about the effects of gentrification on marginalized communities.

“It’s important to acknowledge that the YIMBY movement is not the first group or movement to come up with these ideas. We’re building on the long tradition of organizing in the Bay Area: We have to pay respect to that and acknowledge that,” Fierce said. At the same time, the issue of affordable housing isn’t going away. “I came out here from Ohio, not because I wanted to, but because there were no jobs. I moved to a place with economic opportunity. A lot of people are doing that. I’m not unique. People want to have a good life.”

Time will tell if organizers can promote the good life without burdening underrepresented and historically marginalized communities. That work is already beginning in some cities, where YIMBY groups are explicitly working with long-established housing activists on developing inclusive housing solutions that will increase available inventory, push prices lower, and preserve the integrity of diverse neighborhoods. Their work includes activities like calling on suburbs to do their fair share and pushing tech companies to take responsibility for their role in the housing crisis.