You Equals YouWho Benefits from Being Undetectable?

One of the most insidious consequences of living with HIV is being denied access to shared intimate and sexual space. It has always been what I struggle with most, and endless rejection has gathered at my edges like an invisible wall that I’m constantly trying to avoid climbing over. I was diagnosed over 25 years ago, when rejection from dentists, doctors, relatives, insurance providers, and lovers was dense and blanket-like in its consistency. While it’s eased somewhat, the same power imbalance and discrimination persists in dating, looking for casual sex, and being upfront about your status. Outside of the small bubble of people who understand the ins and outs of HIV, my illness is still considered a killer virus caused by immorality that will inevitably result in a slow, painful death. Far too many people still believe that HIV can be easily spread through a kiss, a toilet seat, or a toothbrush, and it’s been devastating to live with the misconception that my touch, and therefore my body, is dangerous.

Some people living with HIV are trying to close the misinformation gap through the Undetectable Equals Untransmittable a.k.a. the U=U campaign. The Joint United Nations Programme on HIV/AIDS (UNAIDS) created U=U in July 2018 as a reminder that a person receiving effective treatment for HIV can reduce the level of virus in their bloodstream to undetectable levels, which prevents the virus from being passed through sexual contact. While that’s a wonderful aim, U=U carries far less currency for women, especially trans women. Some of my gay, male friends who disclose their undetectable status on Grindr told me about the campaign, but when I tell people on dating sites that I’m HIV-positive and proudly and beautifully trans, cordial conversations descend into a steaming gulf of anger, discrimination, and misogyny.

For example, I recently told a cis heterosexual man on a dating app that my viral load is undetectable, and he immediately responded, “Why should I trust you if you’re the kind of woman who has AIDS in the first place?” By spewing a version of the discriminatory sentiments I’ve heard and recoiled from over the past 25 years, he instantly assumed a place of power in an imbalanced exchange. I chose not to respond to his message. The fear of violence makes U=U feel fragile; undetectability isn’t a form of protection in a world where men still hold immeasurable power. There’s an inherent difference between an HIV-positive man and woman saying they’re “undetectable” because men, especially cisgender white men, benefit from being believed about their health status.

And as the data about HIV-positive women and intimate-partner violence shows, a woman’s HIV status is often used as a form of control and coercion, and being undetectable doesn’t increase trust or safety for women. Yet, the U=U campaign doesn’t address how misogyny influences the perception and treatment of HIV-positive women. Rather than assuming that this disparity can be addressed by simply including an image of a woman in a U=U campaign, time and effort must be spent unpacking how misogyny impacts women with HIV, and creating specific avenues for women living with HIV to gain power, bodily autonomy, and safety. HIV-positive women must be given sufficient funding to design and lead advocacy campaigns, such as U=U and PrEP.

A couple of years ago, I participated in an effort to establish a support group for trans women living with HIV, but we were forced to shutter the program after a couple of sessions because we didn’t have the funding to publicize and run the group. Perhaps U=U should center the needs of the most vulnerable instead of potential sexual activity.

Read this Next: "Wilhemina's War" Reveals How Racism Enables the Modern HIV Epidemic 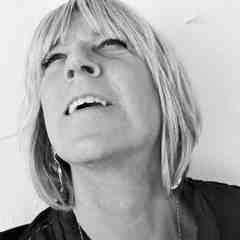