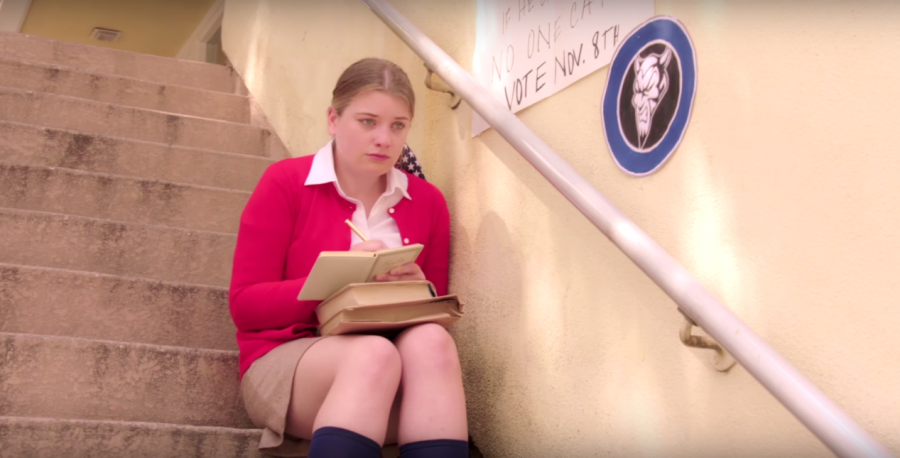 Teenager Hillary Rodham just wants to become class president so she can make her high school—and maybe even the wider world—a better place to be. This is the premise of The Young Hillary Diaries, a new satirical web series from Lifetime. But as Hills learns, the path to power isn’t always one that makes any sense. She wants to be liked and she wants to be a leader, two desires that “do not always coexist peacefully, especially for women,” says Mandy Fabian, director and cocreator of the series.

The Young Hillary Diaries takes actual garbage conspiracies and controversies that have plagued Hillary Clinton in this election cycle and transports them back in time to where they belong: in a high school hallway in 1964. There will be seven episodes in total, and they’re being posted online every Tuesday and Thursday until Election Day.

In the brief episodes—each is under two minutes long—we see Hillary complain about her opponent, here named Ronald Stump, and his ridiculous, misogynistic, ad hominem campaign attacks. We’re told about these struggles through voiceovers as we watch Hillary write in her diary, sometimes wearing an American flag ribbon in her hair.

The series is best at simply illuminating the sheer weirdness of this election season. The consequences of this election are immense and life-altering for many Americans and non-Americans alike, but as the show highlights, the election cycle itself has been juvenile and surreal. The kind of discourse we’ve heard from Donald Trump and his surrogates, like the attention to Clinton’s “stamina” and the description of her as a “nasty woman,” would make more sense if it were spoken by a teenage boy instead of by a 70-year-old man who is running for president with the assistance of a major political party.

“Everyone is so focused on whether she’s likeable, so it’s high school all over again,” says Fabian. “It’s not about what you’ve done, or what kind of character you possess; it’s about whether the other kids like you.” Clinton’s lifetime of public service, Fabian says, is not given enough credit. “We wanted to join forces and stand up for this woman we admire by showing that she’s not so different than any of us.”

While the series is clearly most interested in humanizing Clinton and showing support for her work, it also aims to inspire young girls who have been discouraged from working hard to follow their passions. “Most girls have dreams that they never pursue because there is someone out there waiting to call them stupid and tell them they’re wrong for even trying,” Fabian says. “And we wanted to show that struggle, to show that it’s hard to stand up for yourself, but you can do it.”

This kind of candidate support could easily come off as forceful and patronizing in a piece of media like this, but the series works hard to avoid that by laughing at Hillary a little, too. Hillary writes about a friend Betty covering her for the school newspaper, and Hillary explains how excited she was for the chance to show the world her “fun-loving, carefree” side. For her, this meant talking about her plans to expand the library’s collection. Hillary tells us that when Betty asked her if she was going to demolish a popular secluded make-out spot on school grounds, Hillary says she thinks she “did a great job” pretending like she knew what Betty was talking about. Numerous critics—including, hilariously, Trump, whose gaudy, gilded penthouse looks like an off-brand Versailles and features a shoe closet stuffed with so many Manolos, it would make Carrie Bradshaw faint—have called Clinton “out of touch” with Americans because of her high income and her life in politics. She has also been accused of pandering for votes throughout the campaign. In The Young Hillary Diaries, Hillary is completely baffled that Betty wants to talk about her favorite movies (“Citizen Kane, of course”) instead of policy. By showing young Hillary trying desperately to look cool, the show spins these critiques and makes us laugh at them instead. Maybe she is a little uncool, the show says, but so what?

The series is silly, but in portraying Clinton as just another girl (albeit a passionate and monumentally driven one), it brings levity to an election that has been utterly demoralizing and dehumanizing. But even despite this election’s grime, Fabian says, we should still view it as a step forward. “A woman is running for the highest office in the land. And Americans have been forced to re-examine who we are, what we’re about. We’ve had to talk about our biases and assumptions about race, gender, sexuality, body image, sexual assault, immigration—conversations that really need to happen, conversations that grown-ups get to have. I’m inspired by it. But I’m an optimist.” 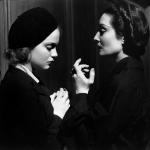 by Sarah Mirk
We explore some of the many things that make us afraid, including horror films and stand-up comedy.