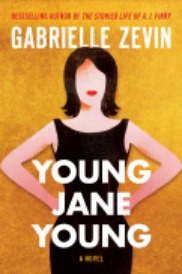 [BORROW FROM A FRIEND]

It’s a bit disarming to have the beginning of a novel narrated by a person with the same first name as you, especially when other characters keep saying it aloud (I counted six times in the first 10 pages). I felt like I was being spoken to directly, which made me like Gabrielle Zevin’s Young Jane Young right away, but there are lots of other less Rachel-y reasons to enjoy the book too, which is a good thing for you, since your name probably isn’t Rachel. I related most to Rachel’s daughter Aviva Grossman, a college student who gets caught up in a Monica Lewinsky-like political scandal in Miami, moves to a small town in Maine, and starts over with the alias Jane Young.

Jane is now 37, has a daughter, and runs a successful wedding planning business, but it’s Aviva’s anonymous blog that reveals the lurid details of a scandal that becomes, in her words, a scarlet letter. While the political scandal takes place in flashback sections throughout the novel, she thinks Hester Pryne got off a bit easier than she did.

“There’s that scene at the beginning where Hester Pryne is forced to stand in the town square for the afternoon. Maybe three or four hours, Whatever the time, it’s unbearable to her. You will be standing in that square forever. You will wear that “A” until you’re dead.”

One might forgive Aviva for forgetting that Hester, too, had to keep that “A” on her chest well after the initial public shaming, but the nod to the Scarlet Letter isn’t subtle: The book is referenced on multiple occasions, and Ruby is the precious Pearl to Jane’s Hester, but the story doesn’t feel overly stuck in the grooves of its source material. These connections are a reminder that though times and places and names may change, the stories of women attempting to reclaim their bodies and identities in the face of public shame share the same recognizable traits: the imbalance of their public treatment compared to that of the man who was every bit as “guilty,” the impossibility of escaping your past, the necessity of ultimately looking inward, not outward, for one’s self-worth. 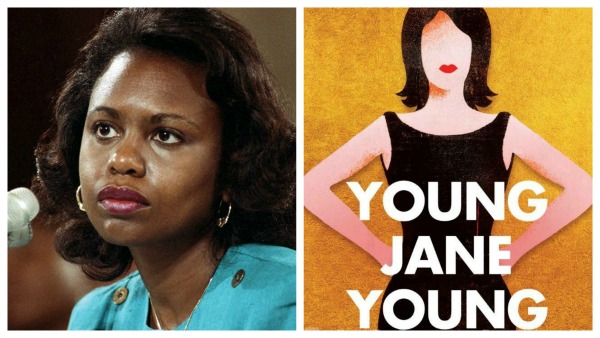 Despite the scandalous event at the novel’s core, Zevin seems even less interested than Hawthorne was in shocking you with big twists and reveals. Other than a slightly perplexing appearance by an imaginary parrot late in the book, there are few genuine narrative surprises. We know from nearly the beginning of the story, for example, who Aviva is, what she’s done and with whom, and are given early and obvious clues about her alias. By the time we get the details of what happened between Aviva and her politicial lover all those years ago, we already know nearly the whole story. The filling in of the details, then, increases our empathy rather than our taste for scandal, which makes sense, since so much of what Zevin is trying to do is remove the shock-value of a young girl’s exploration of her identity as a flawed and sexual human being.

Men exist in Young Jane Young, but the story is never about them, even when their actions affect the plot. It’s the charmingly authentic and distinct voices of the Grossman women that carry the story, which, at heart, is about mothers and daughters. In one scene, a young bride is commenting on a white orchid Jane has in her office, one that her mother, whom she hasn’t seen since she left home all those years ago, purchased for her when she got her first apartment:

“Orchids?” I said. “Well,” she said. “I see you have one over there on your windowsill. And the thing I like about it is, it never dies. It has looked exactly the same every time I’ve come in here. And, I don’t know, there’s something comforting and homey in that.” I had never heard someone refer to an orchid as homey. “They die sometimes,” I said. “But as long as you keep watering them, eventually they come back.”

We know what Zevin’s doing here, but the metaphor is light on its feet, simple and clean, like the orchid itself. That’s how the writing is throughout this book—we get it, but not in a way that makes our eyes roll. Instead, it makes us smile and nod, because we know exactly what she’s talking about. Most importantly, we know how it feels to have been young and foolish and to wish we could start again, like the characters in the “Choose Your Own Adventure” books that Aviva (and I) grew up reading. In the end, though, Young Jane Young isn’t about starting over, but choosing for yourself what comes next, no matter how old (or young) you are.

According to some political pundits, Barbara Boxer faced the most challenging opponent of her Senate career in Carly Fiorina....