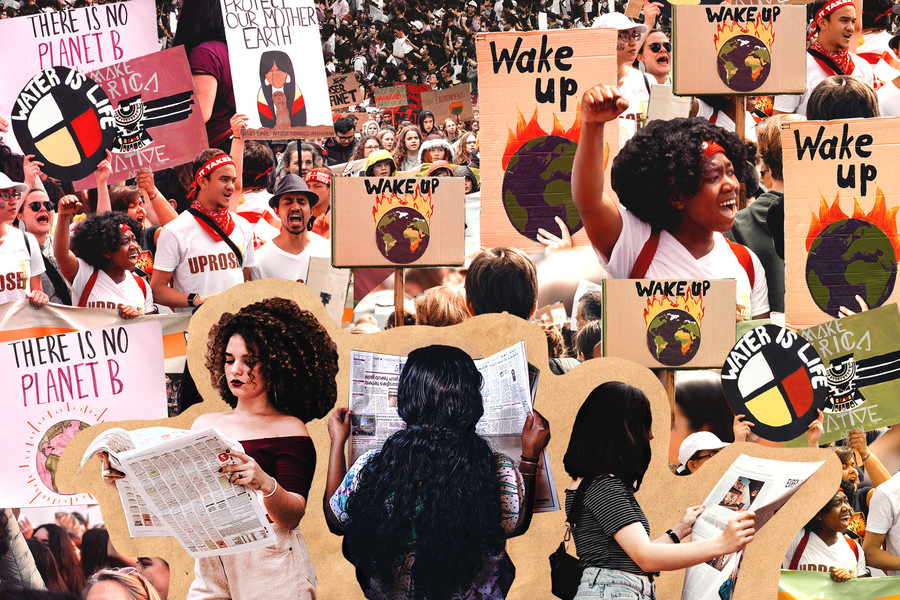 When it comes to the climate crisis, young women are putting in work, and they’ve had real impact: Democratic candidates are talking about climate like never before; the Green New Deal is the talk of the town; and climate strikes from schools are only getting bigger. With this kind of shift from media, political candidates, and public opinion, it’s worth recognizing who did the pushing, and, largely, that answer is young women—but these young women are not recognized as real climate leaders. From those who work within D.C. buildings driving and drafting policy conversations to those who are marching with megaphones all over the country building the people power, younger women are at the forefront of the climate change conversation.

In the midst of the United Nations international climate summit aimed at increasing ambition, cooperation, and accountability, most eyes are turned toward the delegates in suits who negotiate behind closed doors. The real power, however, will lie outside the UN. Instead, it lies with the young women leading the movement and resistance to the political inaction that has characterized climate “leadership” their whole lives. They are the reason climate holds a sense of urgency in U.S. media and politics like never before. This shouldn’t be news to anyone, but popular media still harbors intense institutionalized sexism and racism, and this comes down with a particular vengeance on young women and young women of color.

It’s tough for these activists to be taken seriously by the media as movers and shakers, and when media does take notice, it comes with immense backlash. There’s no better example of the rage inspired by these leaders right now than 16-year-old Greta Thunberg. Probably the most well-known youth climate leader in the world right now, Thunberg has been the target of countless disgusting attacks rooted in sexism and ageism, mostly from white, adult men. A Fox News contributor called her a “climate bed-wetter,” another pundit told her he can “hear the shrill chorus of your infantile acolytes,” using an age-old sexist policing of women’s voices while simultaneously insulting the young people who have joined her in the climate fight. This morning, Breitbart writer John Nolte tweeted “I can’t tell if Greta needs a spanking or a psychological intervention…Probably both.” Arron Banks, a Brexit advocate in the United Kingdom, even casually advocated for Thunberg’s death, responding to a photo of the teenager setting sail for this week’s summit by remarking that “freak yachting accidents do happen in August …”

Despite the media frenzy around Thunberg, young women overall have their leadership largely erased by media under broad nomenclatures of “the resurgent left” or just “activists.” Or worse, they are invisibilized by pundits attributing the change in politicians’ positions as purely a product of time, science finally being recognized, or internal pressure from the rest of the Democratic party—as if these young women were not also at the forefront of demanding that science be recognized, and pressuring their fellow politicians to actually pave the way for others. These things did not just happen via an unknown force. Because of their status as young women who dare to lead, they face undue criticism.

Instead, younger women are leading at every level, from those crafting policy like Representative Alexandria Ocasio-Cortez (29), who introduced the resolution for a Green New Deal in February 2019, and Rhiana Gunn-Wright (29), the policy head at New Consensus, the group tasked with crafting said deal; to the activists building people power, like Varshini Prakash (27), cofounder and Executive Director of the Sunrise Movement; Jamie Margolin and Nadia Nazar (both 17), cofounders of Zero Hour; and the teen cofounders of U.S. Youth Climate Strike, Isra Hirsi (16), Alexandria Villaseñor (15), and Haven Coleman (13). The movements they led have taken on the challenge of introducing the Green New Deal to the public and rallying young people arounds its intersectional vision for a just, sustainable future.

So why don’t they get more credit? Why doesn’t the world see young women as the consistent, powerful climate leaders that they are? These young women don’t hesitate to recognize that their work is not just about climate change; it’s about racial justice, economic justice, and migrant justice—all of which are impacted by climate change. Margolin’s recent TEDxTalk is titled “How colonialism, patriarchy, and racism caused the climate crisis.” Hirsi has been outspoken about environmental racism and its persistence both inside and outside of the environmental movement. Prakash penned a July 2019 op-ed on the connection between the dehumanization of migrants at the border and the struggle for climate justice. Their activism is difficult to place because of its intersectional approach: While mainstream news outlets continue to characterize climate as a single issue, these activists operate from the conviction that it connects to every issue.

From those who work within D.C. buildings driving and drafting policy conversations to those who are marching with megaphones all over the country building the people power, younger women are at the forefront of the climate change conversation.

But despite the self-proclaimed environmentalists and political pundits who have decried this view as ineffective, criticizing the inclusion of social justice in the Green New Deal resolution and calling it “non-climate policy,” these young women are unapologetic in centering intersectionality in their work. Thunberg’s increasingly large platform is a rarity in a time when media prioritizes outrage clicks over actual substance. The New Yorker, for instance, weathered serious backlash this month for contracting Jonathan Franzen—a novelist with no connection to either climate science or activism—to write a nihilistic essay urging people to “stop pretending” that it’s possible to stop the climate crisis.

The magazine’s gambit paids off: Scientists and activists alike were rightly furious. Not only was Franzen’s piece wrong on the science, but it showcased the perspective of a wealthy white man who has privilege of being able to “give up” on the climate because he won’t feel its effects anytime soon. The New Yorker could easily have given the space his pessimistic preaching occupied to a report on the countless young women of color leading the thinking, organizing and mobilizing around actual solutions. These young women of color deal with additional marginalization because of their race, something Natural Resources Defense Council’s Mary Annaïse Heglar pointed this out last month when NBC News published a piece calling Thunberg the “solitary” protestor on climate justice. The story recognized the broader leadership of young women in climate strikes, noting that 60 percent are young women, but it still identifies Thunberg as the movement’s origin point—an unnecessary erasure of young women of color around the world.

But across the board, these young women are stripped of the credit that they’re due. Last year, when Rose Strauss, an 18-year-old activist with the Sunrise Movement, asked a politician about his ties to the fossil fuel industry, he called her “young and naive.” The dismissal launched a viral hashtag that called on young climate activists to articulate why they care about the climate crisis. Strauss later commented on the “patronizing sexism” she felt in the initial exchange, something that likely wouldn’t have resulted from an older woman—or a man of any age—asking the same question.

We wouldn’t be where we are today on climate without the leadership of young women who drive this conversation forward despite the condescension and sexism they face from within and outside the environmental movement. They may not be the directors of the environmental organizations with the largest budgets, or the authors of major think pieces in influential magazines, but they are still shifting the Overton window. They are rallying a powerful coalition of young people, leading with intersectionality and centering justice. It’s time they receive the recognition they have always deserved. 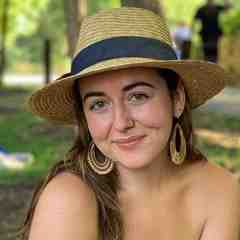 Mara Dolan is an intersectional feminist, environmentalist, student and writer, born and raised in the Midwest.