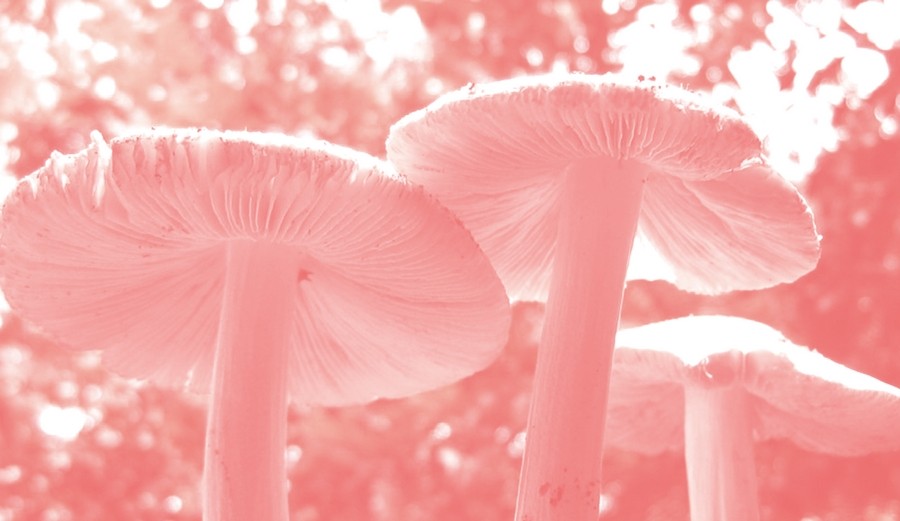 We now know that the U.S.-led “War on Drugs” has failed to stop people from using drugs. Instead, it has caused chaos, prompted racist policing policies like stop-and-frisk, spurred the rise of violent billion-dollar cartels, and led to a huge increase in the U.S. prison population.

But one thing prohibitionists did succeed in halting, for decades, was scientific psychedelics research. LSD, Psilocybin mushrooms, and MDMA (a.k.a. ecstasy or molly) could be greatly effective at treating issues such as anxiety, depression, and post-traumatic stress disorder (PTSD)—but it’s very difficult for scientists to get permission to study the impacts of these drugs.

After the federal government made MDMA illegal in 1985, a therapist named Rick Doblin who had been using MDMA to treat depression in terminally ill clients with striking results founded the nonprofit psychedelics research and education organization MAPS (the Multidisciplinary Association for Psychedelic Studies) aimed at breaking through thick layers of governmental red tape in order to study Schedule I psychedelics and cannabis.

Just this decade—following more than 30 years of work by MAPS and other researchers and groups—psychedelic research is experiencing a renaissance. Some of the most groundbreaking studies so far look into the safety and efficacy of psychedelics-assisted psychotherapy to mitigate severe problems of the mind. For these placebo-controlled trials—all of which are still in the early phases—therapists sit in sessions with study participants who have taken specified doses of a psychedelic and talk things through—sometimes for entire days. The results have been overwhelmingly promising, with no significant negative long-term impacts across the board. It appears that psychedelics might just be a key to taming the chaos of the mind.

But modern psychedelics research is scrambling to catch up with thousands of years of human experience and anecdotal evidence. And, like most things science, it is largely male-dominated. While men far outnumber women in the psychedelics world—both as lead study researchers and at conference podiums—the women who are involved are at the forefront of the field.

Annie Mithoefer is the coinvestigator/therapist on three MAPS-sponsored MDMA-assisted PTSD trials, making her one of the first researchers ever to look at the effects of MDMA in humans in a clinical trial setting. If the trials continue to show positive results as they expand, MDMA may soon be a legal medicine.

For these studies, she and her husband, Michael Mithoefer, MD, a principal investigator on the studies, sit in sessions with participants while they listen to music or talk through deep-set traumas—sometimes for upwards of 12 hours. The results of a pilot study Annie Mithoefer co-led were remarkable: 83 percent of the subjects receiving MDMA-assisted psychotherapy no longer met the criteria for PTSD according to standard psychological screenings. Because the results have been so encouraging, MDMA-assisted therapy research is MAPS’s top priority today, and they project it will become an FDA-approved, legal prescription medicine by 2021.

Researchers theorize that MDMA works so well because it has a golden combination of pharmacological effects. It reduces activity in the brain’s fear center, the amygdala, which stops traumatic memories from triggering “shutdown mode” so common to people with PTSD. It can activate a person’s emotions while they still feel safe. It also increases oxytocin levels and causes a discharge of what are known as the “love chemicals”: serotonin, dopamine, and prolactin.

Katherine MacLean has done extensive research on psychedelics and meditation, in particular psilocybin. She studied meditation and the science of well-being during grad school at UC–Davis and later became a postdoctoral research fellow and faculty member at Johns Hopkins, where she eventually worked as one of the lead scientists and session guides studying the effects of high doses of psilocybin in healthy adults. When she first became interested in this work, studying psychedelics from a serious, academic research point of view was almost impossible to imagine, but MacLean was determined.

“We’d always been taught these things are drugs; they’re dangerous, they can cause addiction, they don’t do anything good for you, and then you all of a sudden learn there are these cultures who used what we’re calling drugs as medicine for thousands of years,” she says. “My interest was the intersection of the neuroscience, and also…I was really curious to find out more, from that more anthropological perspective.”

She says some of the most fascinating results to come along in meditation and psychedelics in recent years have been neurological-mapping brain scans showing very similar reactions in long-term meditators as people on high doses of psilocybin.

“There are midline structures in the brain, called the ‘default mode network,’” she says. The default mode network is responsible for self-reference, and the perception of self as existing separate from the world, at a certain point in space and time.

In both meditators and psilocybin takers, these networks slow their communication and stop firing so much.

“Researchers interpreted that as a quieting of the relentless stream of thoughts and imaginations,” she says. “You’re just in the moment, not letting your mind travel around all over in time and space.”

MacLean says there was a vein of sexism embedded in the culture of the medical institution that eventually contributed to her decision to leave Johns Hopkins in 2013.

“There was this undercurrent of ‘This is not a safe place to be a woman; you can be here, but you have to act like a man,’” she says.

For one thing, the people assigned to head research projects or who sign on as study authors were almost always people who held PhD or MD degrees, which she says is typical in a medical institution, but most of those people were men.

“There was a natural power and experience divide between men and women based on degree or status in the culture,” she says, noting that she didn’t experience the same at UC–Davis.

Also, maternity leave was rare because the program was so rigorous, but when it did come up, none of the people in charge—all of them men—knew how it should work.

While MacLean says she looked up to a few female role models, there weren’t many in the field.

“When you see only men at the podium or leading the groups, whether or not the men have a sexist orientation,” she notes, “the visual fact that women aren’t being represented matters.”

Today, MacLean is the cofounder and director of the Psychedelic Education and Continuing Care Program in New York City, where volunteer participants share stories about trauma, death, and psychedelic experiences. She says it can be profound for people to relive their most intense memories and bear witness to one another.

Jessica Nielson, a researcher whose PhD work focused on spinal cord injury, is leading the charge to study ayahuasca via a MAPS-sponsored trial seeking FDA approval Ayahuasca is a psychoactive brew made from the Banisteriopsis caapi vine and the Psychotria viridis leaf, both native to the Amazon rainforest. It has been used for thousands of years in ritual by Indigenous peoples in Peru and other parts of Amazonian South America.

Nielson decided to study ayahuasca after a personal encounter with the brew. Now at UC–San Francisco, she’s working on a survey assessing ayahuasca for people who are using it to treat their PTSD and trauma. MAPS is funding the data collection, which has received more than 150 completed responses from people who have tried ayahuasca, half of whom say they have never had a confirmed diagnosis of PTSD. She is hoping to have 500 responses by the end of the year and encourages anyone who’s tried ayahuasca for any reason to participate in the anonymous survey.

Nielson and MAPS are now focusing their efforts on getting the FDA to approve a clinical trial looking at ayahuasca for PTSD. They’ve also been looking into a study of direct ayahuasca use in Peru, but haven’t determined a location.

Nielson says she feels fortunate to be one of the newer researchers in this field. While she says there is a good mixture of the sexes interested in psychedelics research, most of the primary investigators are male.

“Moving forward,” Nielson says, “I hope to see more women in the STEM (science, technology, engineering, mathematics) fields, particularly as it applies to helping to legitimize these as medicines and useful tools for growth and healing.”

April M. Short is is a feminist yoga teacher and award-winning journalist focused on the science and policy of psychedelics and cannabis; social justice; and alternative health. She contributes to a number of national publications, and edits for AlterNet.org