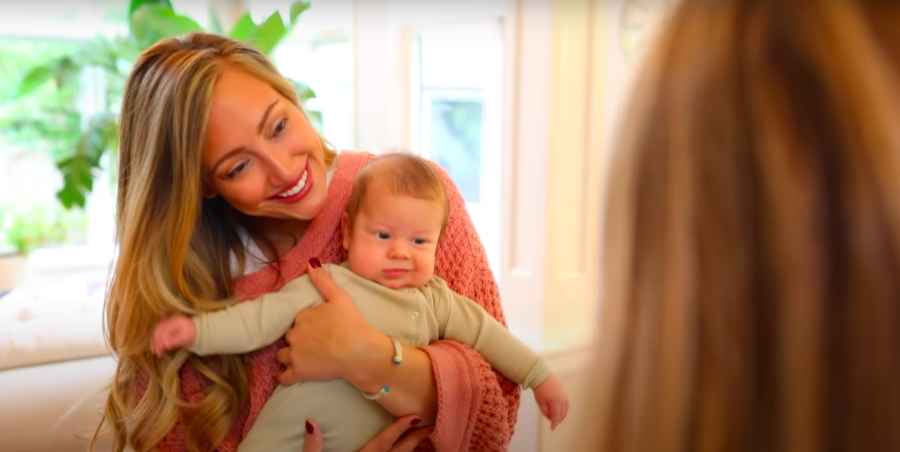 As a Korean American transracial (read: adopted by white parents) adoptee, anytime an adoption-related story goes viral, my stomach lurches. Not just ones like the most recent viral story of YouTubers Myka and James Stauffer, who posted a video in June describing how they gave up their adopted Chinese son, Huxley, allegedly because of his disabilities. I also mean stories like the boy whose entire kindergarten class attended his adoption hearing. And the first adoptee in Gerber baby history. And video after video of foster children learning that they’re going to be adopted. They’re all part of the same damaging white-savior adoption narrative that silences adoptee voices, and turns stories of trauma into feel-good news clips.

The conversation around the Stauffers is fraught with criticism of how the couple monetized Huxley’s story, only to give up the child they once claimed they would love and care for forever. “[Adoption is] not easy,” Myka wrote in a 2019 essay for Parade about “international special needs adoption.” “But you will get through it and never imagine your life without that child.” While the debate about whether parents should put their children’s images on social media, especially for profit, is a more recent one, adoptees have long known what it’s like to have our stories usurped by adoptive parents and adoption advocates without our consent. What critics—and sympathizers—need to do now is call out the white-savior adoption culture that allowed the Stauffers to profit from Huxley’s story in the first place and ultimately led to their devastating decision to place Huxley in a new home.

While international adoption has declined in the past several years, more than 275,000 children have been adopted from other countries in the past 20 years alone. Today, there are tens of thousands of transnational adoptees in the United States, including fellow Korean children who were brought over with me in the ’80s. We all have different stories, but one thing many of us have in common is that we were adopted by white parents. According to a 2011 study, 92 percent of international adoptions were by white parents. White couples have also dominated domestic private and foster-care adoptions at 71 percent and 63 percent, respectively, while the adopted children in all cases were mostly nonwhite.

Couples like the Stauffers who adopt despite being able to have their own children do so for seemingly innocuous reasons. They want to help children in impoverished communities, bring diversity into their homes, care for a disabled child, or bring God into the lives of others, which all have serious consequences for adopted children and their communities. Similar to how voluntourism can lead companies to fabricate or exacerbate community issues to attract international tourism dollars, family reunification efforts are sometimes abandoned in favor of charging white American do-gooders tens of thousands of dollars to adopt a child. Money and efforts that could go toward family reunification, or a domestic adoption, instead go toward bringing children to a foreign country. In more extreme scenarios, children are actively kidnapped from their parents and put up for adoption. What’s missing from the Stauffers story is Huxley’s birth mother. Where is she? Why did she give him up? The Stauffers have left her out of the story, and they’re not the only adoptive parents to do so. A grieving birth mother doesn’t fit the adoption narrative they want to believe—or sell.

The Stauffers began filming their adoption journey in 2016, building a YouTube following of nearly 700,000. They raised money from their fans for the costly adoption fees, and one year and 18 YouTube videos later—during which “God softened their hearts” and they adopted a disabled child—they brought home 2-and-a-half-year-old Huxley. They joined the ranks of other adoption influencers, well-off white parents who show off their blended families in matching outfits on Instagram and YouTube. Stauffer said she started her YouTube channel because she wanted to share positive stories; her adoption of an autistic orphan from China seemed to be the ideal content. Just like the voluntourists who pose with children from African countries captioned with quotes by Nelson Mandela, Stauffer filled her channels with heartwarming stories of perseverance and images of Huxley’s dark eyes and brown face next to her white one.

But the trouble white-savior adopters like the Stauffers encounter is that they can’t get on a plane and go home when they’re tired of their good deed. However, they did find a way to get themselves off the hook. And they are far from being the first adoptive parents to place their child in a new home. In 2013, Reuters published an exposé on this practice, revealing an insidious online adoption black market where children were readopted and subjected to physical, sexual, and emotional abuse, beyond the initial damaging readoption process. This black market still exists in other forms today. As affluent public figures, the Stauffers did not need or want to turn to the internet to place Huxley, though the private process they went through was briefly under investigation. No matter what, the psychological harm is done.

Myka Stauffer started her YouTube channel because she wanted to share positive stories; her adoption of an autistic orphan from China seemed to be the ideal content.

Despite criticism, months after relinquishing their son, the Stauffers are still trying to control the narrative. They told Huxley’s story for years until the return on investment proved too low. They cared little about his privacy, posting intimate photos and videos of his youth, until his journey became unflattering for them. In an attempt to put a positive spin on the story, Stauffer claims that Huxley—a nonverbal 4-year-old child—let her and her husband know that he wanted to be with a new family, commenting on the YouTube video announcing his new family that “in family time with other people, he constantly chose them and signed and showed tons of emotions to show us and let us know he wanted this.” Once again, she spoke for him. Then she made him disappear.

There’s no trace of Huxley on her Instagram page and the adoption journey YouTube videos have been made private except for the first one announcing the adoption. On June 24, Stauffer posted an apology on Instagram, with the comments “limited” to filter out negative feedback. The first group she apologized to are the “many women that looked up to [her] as a mother.” She continues to center the narrative on herself and parenthood instead of the child who was hurt most by her actions, and her fans support her, with the top comments saying things like, “From this adoptive mom, I send you lots of love and hugs!” and “Love you girl! Glad to see you back.” No one can truly know the Stauffers’s true intentions in adopting Huxley, though even Myka’s own explanation of “always really wanting to adopt” is questionable at best. In her apology, Myka says, “I wanted to help so bad I was willing to bring home any child that needed me.” Even if true, this statement drives home the key problem with white-savior adopters: their efforts to “help” are often rooted in the misconception that they’re the only ones who can.

Nevertheless, without an audience, the Stauffers would have never profited off of Huxley’s story—and may have never adopted him in the first place. It’s the reason we should think twice before hitting share on that viral feel-good ableist adoption video or following the vlogger with a “colorful” Angelina Jolie–esque family. These stories don’t need to end as badly as Huxley’s to be harmful. Instead, read and share stories about adoption told by adoptees—especially BIPOC and disabled adoptees. My story as an adoptee is a complex one that is still unfolding. I wasn’t “saved.” I was (luckily) loved. I lost more than I’ll ever know. I’ve felt empowered to tell my own story by connecting with other adoptee writers, hearing their voices, and realizing I wasn’t alone. So Huxley: we’re here, ready to listen whenever you’re ready to tell your story.

Read this Next: Why We Need to Talk About Race in Adoption

by Nicole S. Chung
Two years ago, on vacation in the Great Smoky Mountains, I saw a white couple at a restaurant with their Asian daughter. Though...