Sex Workers Have Always Known That Zoom Is Anti-sex. Now, the Public Knows Too. 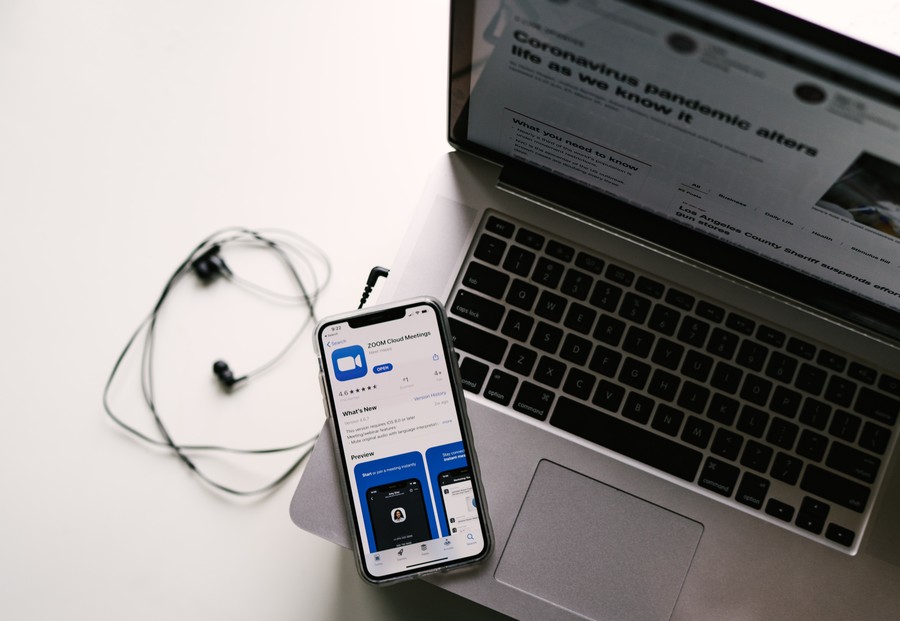 Zoom became a household name overnight: The platform previously dominated by institutions and remote media companies has suddenly found itself being used by the general global populace. People are getting married over Zoom, having family gatherings over Zoom, and, now, even attempting to have sex parties over Zoom. This isn’t what I would’ve predicted for Zoom this year; after all, I haven’t used Zoom since 2018 when I was still in college. I imagine its stakeholders feel similarly given that they’re finding themselves increasingly under scrutiny as its newfound status has spurred conversations around the platform’s security, use of data, and, most recently, their policy around nudity. Since May 2019, Zoom’s acceptable use policy has prohibited users from engaging in “any activity that is harmful, obscene, or indecent (particularly as such would be understood in the context of business usage). This includes, for example, displays of nudity, violence, pornography, sexually explicit material, or criminal activity.”

Their policy isn’t unique: Platforms that were originally intended for noninstitutional use, such as Skype and Houseparty, also explicitly forbid nudity and sex on their platforms. Skype implemented this policy in 2018 after the passing of FOSTA-SESTA. The public was informed of this change through the veiled explanation of getting rid of “offensive language” and forbidding nudity and the promotion of “inappropriate material.” When Skype updated their terms of service (TOS) to exclude nudity and sex from their platforms, people who were in long-distance relationships questioned the impact it would have on them, asking, “But what about me?” These conversations proliferated to the point that Microsoft, which owns Skype, explicitly made it known to concerned users that their conversations weren’t being monitored, and if the intimate moments in question were being shared by two consenting adults, there likely wouldn’t be a complaint, and in turn, no report or blocked account. But they still shouldn’t do it.

Simultaneously, sex workers were actively getting deplatformed from basically every major social media platform, including Skype. Fast forward two years, and we’re in a global pandemic where many people are turning to digital and virtual sex in ways they never could have anticipated. As a result, they’re being impacted by policies that, previously, disproportionally impacted communities who trade sex. In the pre-lockdown era it was easier for the general population to be okay with sexuality being written out of the policies. These people, whose bodies weren’t actively censored and criminalized by the TOS from 2018 to early 2020, didn’t have a personal stake in the fact that these entities deplatformed many people for not following their guidelines around sexuality. It was easy for people who aren’t sex workers to simply say, “Why can’t they just follow the rules?”

Now, the general public finds itself increasingly privy to the ways that platforms like Zoom control and limit sex and sexuality. Some users panicked when it was announced that Zoom is using AI machine learning to spot nudity on their platform. EJ Dickson, a Rolling Stone staff writer, reached out to Zoom in regard to their platform’s nudity policies and asked what specific technology they actually use to implement their policies. Despite vague answers to Dickson’s question, the Zoom spokesperson parroted the company’s policy, saying they would take a “number of actions” against people found using it for “any activity that is harmful, obscene, or indecent.” For me, it is fascinating to watch: the general public is now reacting to next-level surveillance that they had implicitly accepted in the past, even as it affected other people.

After all, criminalized populations are often the guinea pigs for heinous levels of surveillance and censorship. Sex workers have a history of online surveillance, but now that Zoom is playing such an unprecedented role in our relationships—romantic, sexual, or otherwise—civilian populations are upset over their sexuality being censored. In some ways, the pandemic is one of the most interesting things to happen to the discourse around sex online. Sex, for the forseeable future, is now digital. This means that tech platforms will be forced to reckon with larger populations of people (rather than the partially criminalized and entirely stigmatized) who are using Zoom platforms to have sex, express affection, and even find love. It took a pandemic for the greater population to have to face the reality that combining Silicon Valley’s obsession with algorithms and data collection with the United States’s policies around internet freedom and sexual expression would lead to an internet where many people can’t operate freely without being surveilled or risking some level of censorship. That’s what it took.

This could become a moment in which we as a society pause to scrutinize the way that we have allowed internet platforms—which for all intents and purposes serve as digital public spaces—to pick and choose what kind of people, information, and ideas they allow on their platforms. Instead, though, given people’s newfound reliance on these platforms, it’s highly likely that they would rather quickly normalize online sexual freedom than boycott using the sites themselves. After all, that’s exactly what happened after FOSTA-SESTA, when TOS changes led to a vanilla-washing of the internet. Sex workers quickly lost advertisting platforms, blacklists, and online community spaces. Some were directly pushed offline. The tech industry and platforms such as Facebook, Instagram, Skype, Twitter, and Craigslist all happily censored and mitigated content that they deemed inappropriate through shadowbanning, actively suspending the accounts of people who’ve been reported too many times, and using AI technology to surveil people.

As we face online sex for the foreseeable future, it’ll be important to pay attention to what happens to sexual expression online in a post-FOSTA-SESTA pandemic internet.

We are living in a time where, suddenly, the majority of human interaction occurs digitally, only to have to face the reality of what the normalization of vanilla-washing the internet will do. It isn’t just literal nudity and the ability to freely express yourself sexually (and privately without surveillance, if you wish), it’s also the sharing of information around sex technology, the sex industry, and the techno–political reality for sex workers. YouTube banned the Women of Sex Tech conference from streaming, which forced the organizers to move the event to Crowdcast. The company blamed this on a glitch. Of course, YouTube’s policies also exclude things of a sexually explicit nature, but this conference aimed to share information about sex tech, which includes conversations about the platforms we use to live (and work).

As we slowly move into a more permanent online existence, with a possible reauthorization (and extension) of the Patriot Act on the horizon, people should be paying more attention to issues of deplatforming, surveilling, and censoring of radical—and sexually radical—ideas and people. The fact that video platforms such as Skype and Zoom feel comfortable censoring sexual expression isn’t something that happened overnight. Normalized exclusion of entire groups of people from platforms happens over time through stigma and dehumanization. Sex workers were guinea pigs in content moderation, but the difference is that it wasn’t just platforms that they lost, but their incomes and communities. As we face online sex for the foreseeable future (as well as many people dipping their toes into selling nudes) it’ll be important to pay attention to what happens to sexual expression online in a post-FOSTA-SESTA pandemic internet.