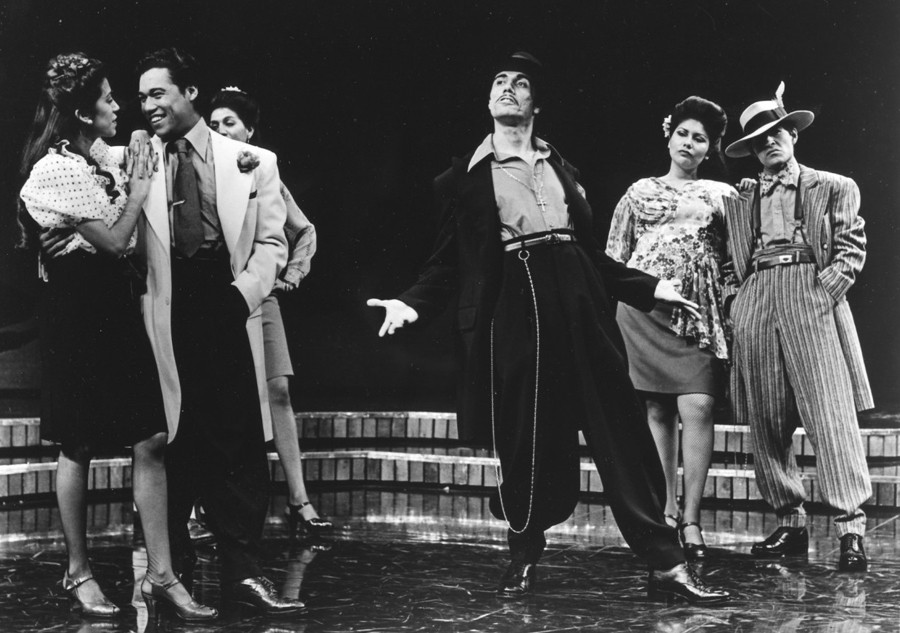 Growing up Mexican American in Kansas before the Internet was as lonely as one might think it would be. Before Univision was available through our cable provider in Kansas, movies were my main connection to Latino and Chicano culture. I grew up with the musical Zoot Suit, learning the songs by heart the way other kids learned those from Rent and Les Miserables. Zoot Suit taught me the real name of the city I was born in, its full name: El Pueblo de Nuestra Señora la Reina de los Ángeles de Porciúncula. The film represented a connection to a Latinx culture that existed in the place I was born, and though it was scarcely present in the Midwestern city in which I spent most of my childhood, that culture was ever-present in my home on the screen.

This spring, almost 40 years after the play’s original premiere, Zoot Suit reopened in Los Angeles. The day before I saw the revival, I passed by the first I.C.E. checkpoint I had seen on the 405 since George W. Bush was president. A car was being waved over by border patrol agents for further inspection. 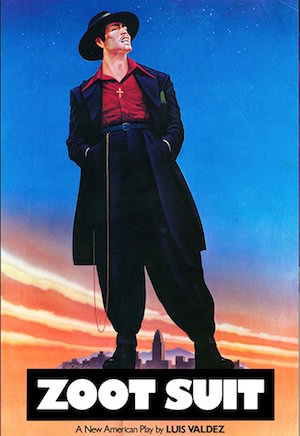 Zoot Suit, written and directed by Luis Valdez, premiered in Los Angeles in 1978 to huge acclaim. The play is a fictionalized account of the 1942 Sleepy Lagoon Murder Trial and follows a young Mexican American, Henry Reyna, as he and his friends are tried for a murder they didn’t commit. Although much of the play is a court trial, it’s also a musical. Songs and dance sequences punctuate the narrative, and despite the subject matter, it is a joyful production. Jerry Garcia of the Grateful Dead allegedly saw the play 22 times, and a year after its premiere, it became the first Chicano theatrical production on Broadway. The play helped launch the career of Edward James Olmos, who starred in the original production, the Broadway production, and the wonderful feature film adaptation in 1981. It’s the VHS I reached for over and over.

The Sleepy Lagoon Trial sprang out of a climate of strong anti-Mexican sentiment in 1940s southern California, and most of the astounding details of the defendants’ violated due process in Zoot Suit are true to life. After a murder near the Sleepy Lagoon in South Los Angeles—a reservoir that was used as a swimming pool by Brown teens and kids who weren’t permitted entry into the city’s segregated public pools—600 Mexican American youths were rounded up and arrested. Twenty-two of them were indicted and tried together for the murder in the largest mass trial in California history.

During the trial, the defendants were not allowed to sit near or communicate with their attorneys. They were required by the judge, at the request of the district attorney, to wear the dirty clothes they had been arrested in and weren’t permitted haircuts so the jury would view them as “hoodlums.” The young men were further paraded and humiliated in front of the jury: Every time a defendant’s name was said, whether by a witness or in an accusation by the district attorney, he was required to stand up. The district attorney brought in an “expert witness” who testified that Mexicans had “blood thirst” and a “biological predisposition” to crime and killing because of the human sacrifices practiced by the Aztecs. An all-white jury convicted them.

A few months later, the Zoot Suit Riots broke out. Though the name may ring a few bells, the riots have largely been left out of modern history. During the Zoot Suit Riots, white servicemen stationed in southern California roamed the streets of Los Angeles, looking for “zoot suiters,” Black and Brown youths of color who dressed in the flamboyant suits popular in jazz scenes at the time. The sailors pulled young men dressed in zoot suits off of streetcars and out of movie theatres and restaurants, attacking and stripping them while white crowds watched and cheered. The sailors then lit the zoot suits on fire. The Los Angeles Police Department let the attacks continue for a week before intervening, and afterward wearing zoot suits on the streets of L.A. was banned.

Like The Crucible, the best historical fiction provides a penetrating lens through which to examine our current cultural obsessions and crimes. This new production of Zoot Suit, like so many cultural events for the next four years, can’t escape being read against the backdrop of Trump’s America. As I.C.E. raids are being conducted across the country, keeping in mind Trump’s relentless virulent racism toward Latinx communities, especially Mexicans, forms a lump in your throat while watching. In the play, a police officer accuses Henry of dressing in the zoot suit “like a target.” Henry says, “I was born a target. Right here in L.A.” Whether in 1942, 1978, or 2017, this is a country that says over and over to youths of color: “You do not belong here.” Valdez has said that Zoot Suit is an attempt to recapture history, and when speaking about the revival, the lifelong social justice activist outlines a path from Japanese-American internment camps to the Zoot Suit Riots, Black Lives Matter to Islamophobia. “And now the Mexicans are getting it again, thanks to Trump,” Valdez said. “It’s like the closing of a complete circle.”

The zoot suit itself was a response to the racism and segregation Black and Brown youth faced in the country in which they were born. When the cultural norms dictated that youths of color remain unseen and unheard in public, the zoot suit’s exaggerated shapes and unique style were a clear refusal to play by the rules and be invisible. It is that spirit of defiance that still resonates in Zoot Suit as the audience watches youths of color finding places to dance and celebrate, spaces to revel in their style and create community despite racism, despite segregation, despite injustice. It is a call to remember our stories in order to inspire our resilience. 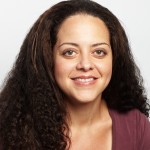