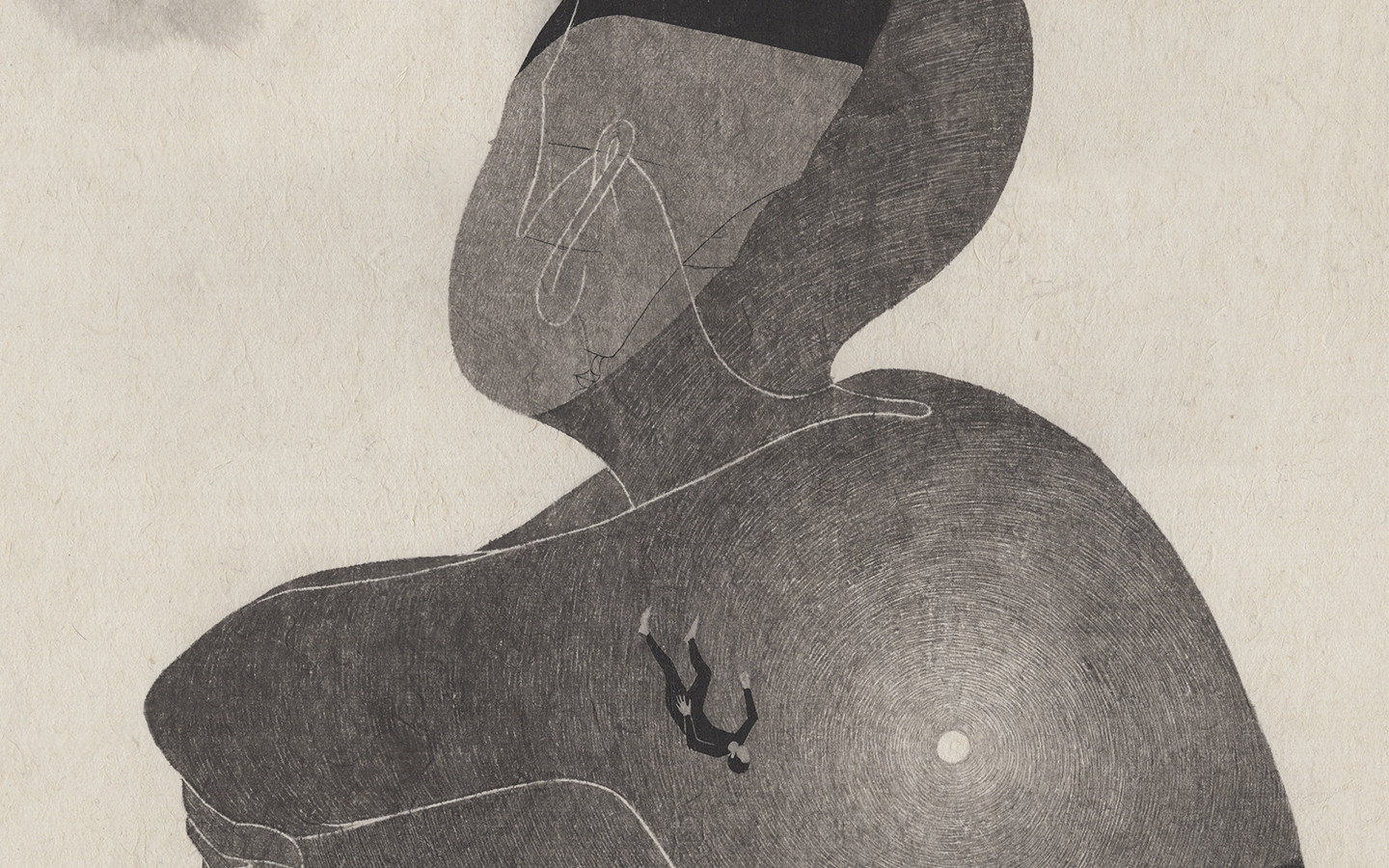 A girl drowning among wildflowers. A young mother gassed in her kitchen. Five sisters withering away in their suburban home. A high schooler recording messages to her abusers. An aspiring photographer on the ledge of a rooftop.

These familiar images define the narrative of female suicide in U.S. culture: Shakespeare’s Ophelia in Hamlet (1609), Sylvia Plath (1932–1963), the Lisbon sisters of Jeffrey Eugenides’s The Virgin Suicides (1994), Hannah Baker in Jay Asher’s 13 Reasons Why (2007), and Francesca Woodman (1958–1981). Generally young, white, and middleclass, our postmortem fascination with these women reveals a pervasive romanticization of interrupted femininity.

Whether in regard to fictional characters or actual people, the emphasis placed on the female suicide muse entrenches a hyperbolic narrative of failure that equates death by suicide with an inability to convert “innate” female attributes (caretaking, physical beauty, reproduction) into the hallmarks of well-adjusted citizenship (productive partnerships, successful parenting, professional careers). What sociologist Arlie Hochschild defined in her pivotal 1983 book, The Managed Heart, as “emotional labor”—the smiling, mediating, planning, and comforting expected of women in both personal and professional life—presents an impossible standard, and the suicide girls of Western culture embody it: We punish women who refuse to perform such labor but elevate their transgressions when (and often because) these same women take their own lives. 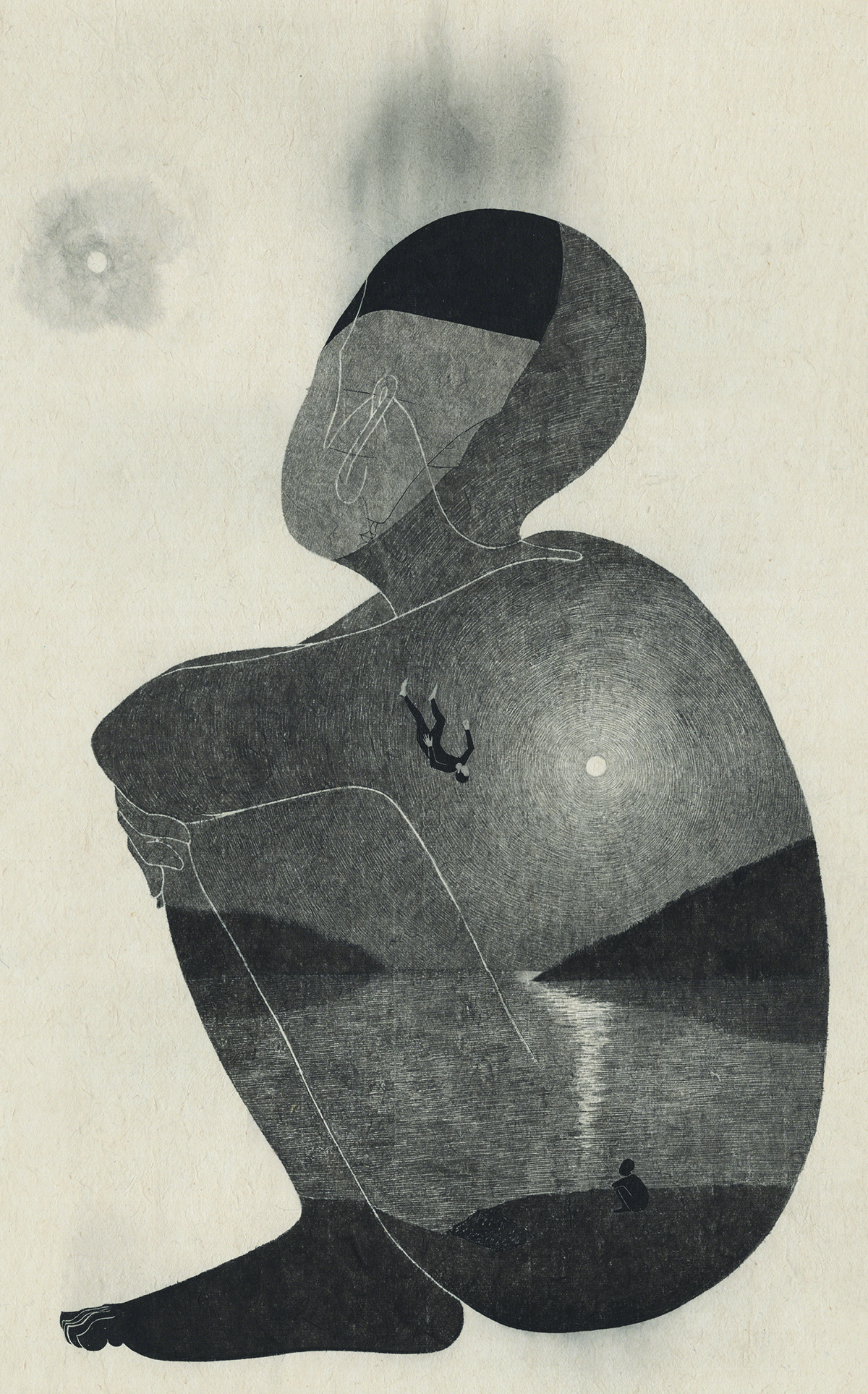 White cisgender men die by suicide 3.5 times more often than women, and according to the 2015 United States Transgender Survey, at least 40 percent of transgender adults attempt suicide. Yet media representations of suicide have long romanticized the deaths of young white women. In 1846, Edgar Allan Poe offered perhaps the most lasting encapsulation of female self-destruction as a spectator sport when he wrote that “the death…of a beautiful woman is, unquestionably, the most poetical topic in the world.”

That so many female suicides involve jumping or falling is notable: Francesca Woodman’s leap from a New York loft; Buffy Summers swan-diving off a tower; Cecilia Lisbon jumping from her bedroom window and impaling herself on an iron fence below. For women, temporality and linearity are culturally linked, a trajectory of life-defining marks either hit or missed—the fertility window, marriage, peak physical beauty. The already implicit connection between failing and falling, which fastens female identity to self-destruction, suggests that suicide often stems from a woman’s inability to fulfill her expected societal roles. Perhaps a brisk, clean dropping off seems preferable to a slow-motion free fall into failure.

In the 1940s, depictions of white female jumpers became a cultural fascination for U.S. audiences. Within a five-year period, two men snapped now-iconic photos women leaping to their deaths off New York public buildings. Ignatius Russell Sorgi, a Buffalo Courier Express correspondent, captured three images of 35-year-old Mary Miller falling outside the city’s Genesee Hotel in May 1942. In May 1947, photography student Robert Wiles shot a photo of 23-year-old Evelyn McHale lying dead on a car after she jumped from the Empire State Building. Though technically crime-scene photographs, the images were promoted as art: Both Sorgi’s and Wiles’s photos appeared in Life Magazine, and Andy Warhol incorporated the latter into his 1962 art film Suicide: Fallen Body. More than 60 years after McHale’s death, Time journalist Ben Cosgrove invoked Poe’s romanticized vision, crowning McHale “the most beautiful suicide.”

By packaging these photographs as evocative commentaries on the ephemerality of life and beauty, the subjects of the photographs are stripped of personal history and autonomy, not so much memorialized as taxidermied. To this day, write-ups of Miller’s suicide foreground the emotional labor she performed even at the moment of death, invariably noting that she politely smiled and waved to a gathering crowd before plummeting eight stories to the pavement below. Life took a similar approach when covering McHale’s suicide: “Through the mist, she gazed at the street, 86 floors below. Then she jumped. In her desperate determination she leaped clear of the setbacks […creating] this picture of death’s violence and its composure.” These young white women’s perceived ability to perform femininity and grace even under the most savage duress is repeatedly praised. The message is loud and clear: Killing yourself may not be so terrible a fate if a man might later elevate your corpse into art.

The Virgin Suicides sends a similar message, both in the book itself and in Sofia Coppola’s 1999 film adaptation. Viewed exclusively through the eyes of lovesick boys, the adolescent Lisbon sisters emerge as modern incarnations of Poe’s ghostly leading ladies, pale and lithe in 1970s school uniforms and home-sewn prom dresses. They hover, beautiful and elusive, only long enough to bewitch their male suitors and glide away to die: one razorblade, one rope, one handful of pills at a time. In their secondary opaqueness, the sisters lose both their voices and their interventive power in their own fates; like McHale and Miller, they are ghost girls without a bite, both their lives and their deaths conjured by men.

You to sustain myself, 2017 by Moonassi

Discussions of suicide by young women these days demands the recognition of cyberbullying as a key component of the intense social pressure such girls experience. A significant number of the suicides by cyberbullying that garner nationwide attention are those of suburban white girls. Some are assiduous bloggers and aspiring creatives who have likely sought out social media to find a sense of self-worth they don’t receive elsewhere. But such self-worth is built on the fallacy that the feminine identity of women and girls is most venerated when they perform emotional labor. Modern women and girls have internalized a complex cultural narrative that suggests the best way to achieve personal and social validation is by providing an ever-flowing stream of uncompensated care work—as confidantes, friends, girlfriends, entertainers, crushes, and role models (whether to an intimate few or—thanks to platforms like YouTube, Facebook, and Instagram—an audience of thousands).

Our culture sets impossible standards for girls and then keeps escalating them throughout our lives. We learn early on that suicide is permanent, but also that death is permanently beautiful, the only effective means women have yet found to successfully guard their beauty from aging. We are taught that for a woman to live a good and proper life, she should not shun emotional labor but hone it into one of her most valuable assets. We learn that self-exposure is glamorous until it becomes “too much”—and that it is always others who decide what is too much. Indeed, not even the onslaught of online harassment that they have endured fully exculpates these girls when they commit suicide: For instance, girls who have killed themselves as a result of revenge porn are often held entirely responsible for their own deaths in news reports; it’s the “she was asking for it” of the Snapchat generation.

A morbid kind of digital celebrity looms on the horizon: the posthumous kind. Twelve-year-old Katelyn Nicole Davis and 18-year-old Océane were both vloggers who livestreamed their suicides on social media in 2016. Their deaths recalled that of newscaster Christine Chubbock, who in 1974 was the first televised suicide (and who is the subject of two films that premiered at the Sundance Festival in 2016). The shock of their deaths afforded Davis and Océane the voice and the agency they felt denied in life. Like ghosts, such girls are seen only when they are dead, because they are dead.

We need to recognize our complicity in a culture that finds glamour in desperation, provided the package is pretty enough. The devaluing and erasure of the labor, emotional and otherwise, that women pour into creative industries, activist projects, fan communities, gig economies, and more also cultivates the eviscerating fear that we are not enough. Living a female identity can feel like a constant high-wire act when each day is filled with the pervasive and demoralizing sense that we will fail—in friendships, in relationships, in careers, and in womanhood itself.

The message is loud and clear:
Killing yourself may not be so terrible a fate if a man might later elevate your corpse into art.

I’m not calling for us to limit depictions of female suicide in the media or ban accounts of it from classrooms. But as feminist activists, educators, and consumers, it’s crucial to push back on the societal overvaluing of their youth, their wombs, and the belief that these girls’ self-worth is dependent on how well they cater to others. We must be alert: When young girls fail to develop an enduring sense of value and selfhood, they easily find themselves adrift in a culture that too often presents suicide as an acceptable, even compelling, way to cope—especially if your tragic, unfulfilled potential inspires a book, a song, a poem.

Putting female suicide into its larger cultural context doesn’t take away from it being a deeply personal act. What it does, though, is complicate the notions of choice and decision-making that are often associated with reports on voluntary death. When we track the cultural narratives currently pinned to girl suicide, we also begin to investigate the roles that both systemic oppression and social disempowerment play when a young woman decides to intentionally end her life. Now is the time to decide how long we are willing to carry their ghosts, unaddressed and unadorned. 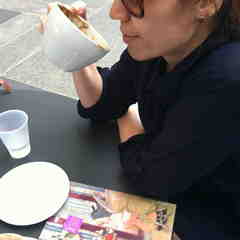 Diana W. Anselmo is a feminist, a language collector, and queer immigrant in a relationship with the early twentieth century. She is also an assistant professor of film and media history at Georgia State University.