Beyonce's "Formation" Is a Celebration of Unapologetic Blackness | Bitch Media

Beyonce's “Formation” Is a Celebration of Unapologetic Blackness 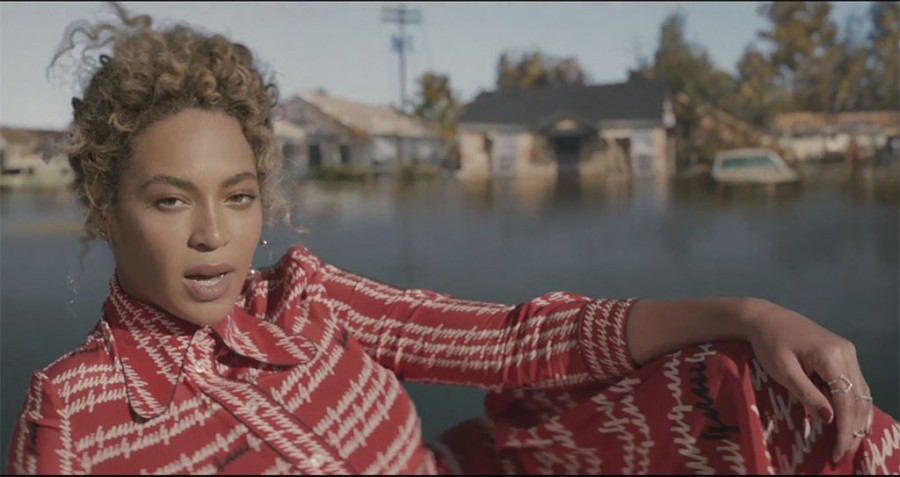 Make no mistake about it, Beyoncé's video for her new single, “Formation,” is both an homage to Blackness and a merciless indictment of systemic racism and its codependent partner, white supremacy. It has the precise choreography of a Queen B joint—accented by curve-hugging wardrobe changes and athletic dancers—but it’s hardly a club banger in the likes of “Single Ladies” or “Drunk in Love.” The song celebrates the very traits that white supremacy has demonized and rejected: “I like my baby heir, with baby hair and afros. I like my Negro nose with Jackson Five nostrils.” Although the heritage of Blackness has passed down pain, in “Formation,” Blackness is a God-given blessing, a source of pride and inner strength.

When the video and song unexpectedly debuted online over the weekend, audiences were not prepared for the lush imagery of historical and cultural touchstones. Directed by Melina Matsoukas, the pointed imagery further enhances the blunt honesty that runs like a vein throughout the lyrics. In the opening shot, Beyoncé is unabashedly crouched on the top of a cop car, impeccably dressed in fresh-off-the-runway couture. The cop car is submerged in water, a stinging reminder of Hurricane Katrina and the media’s collective photographs of a city disabled and drowned. The visuals soon multiply, switching from Beyoncé looking like a steely-eyed and conquering queen, to scenes of New Orleans life. Shots of the city soon bleed into symbols or cues that thicken the atmosphere. Beyoncé herself acts as the anchoring guide to this whiplashed tour through personal and collective despair and triumph. Fittingly, Bounce queen and New Orleans native Big Freedia provides spurts of dialogue, in addition to fellow Bounce queen Messy Mya. 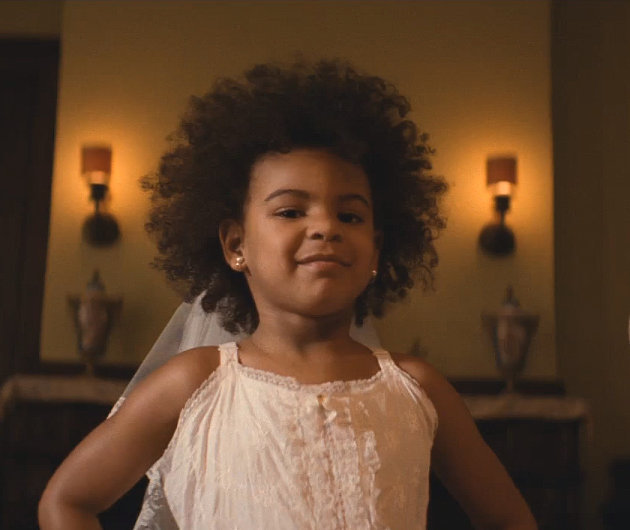 Debuted just before her halftime performance with Bruno Mars and Coldplay at Super Bowl 50, the video responds to the nation’s past and recent racial injustices and subsequent disharmonies. dream hampton, a noted activist and longtime business associate of Jay Z, told NPR, “I saw an article that talked about her keeping that identity [her mother’s Creole background] at the margins, but I feel like it's always been central to who she is—this kind of unapologetic Blackness.” Indeed, the entire video package seems not to be an eager capitalization on the Super Bowl, but a deliberate answer to both white and Black critics who feel that Beyoncé is a poor representation of performative Blackness or not nearly “Black enough.” What does unapologetic Blackness look like? For Beyoncé, it is pride and love in the face of hate. It is life and it is innocence, as momentarily portrayed by her daughter, Blue Ivy. It is the admiration of Southern Blackness, the balance of maternal and paternal influences, an ode to the country girl with natural hair who carries hot sauce in her bag.

In one memorable scene, a young Black boy dances in front of a stoic line of white police officers with riot gear. The camera flashes to a graffitied plea to “STOP SHOOTING US.” The boy ends his dance with an affirmative stomp, then puts his hands up and stretches out his arms. The police officers put up their arms as though surrendering to an adversary. Obviously, this is in reference to the shooting and untimely death of Trayvon Martin, who would have turned 21 on February 5, just a few days before the video debuted. Despite what naysayers claim, Beyoncé and Jay Z have shown their commitment to the Black Lives Matter movement through numerous actions, such as meeting with Trayvon’s mother and Jay Z’s recent $1.5 million donation to Black Lives Matter and other social activist groups.

What the conservative, right-wing news platforms like Fox News fail to understand when they criticize the video is that stating that Black lives matter is not an attack or a war cry. It is not the dismissal of other lives, but a demand to end the racially-motivated injustices that specifically and systematically target and—as witnessed in the numerous police brutality cases of late—kill Black men, women, and children. During the Super Bowl halftime show, Beyoncé and her dancers performed “Formation” decked out in all-black ensembles with afros and fists raised, a not-so-subtle reference to the original Black Panther Party for Self-Defense, which was founded in Oakland, not too far from the game’s location in San Francisco. Ronnisha Johnson and Rheema Calloway, two black women who are activists and organizers with Black Lives Matter and local organization Last 3 Percent, knew that the Super Bowl offered a chance to elevate the groups’ missions via national TV. One of those causes is justice for Mario Woods, a 26-year-old mentally ill black man whose death by San Francisco police officers this past December had been caught on camera. Johnson and Calloway succeeded in getting a JUSTICE 4 MARIO WOODS sign to the backup dancers, thus bringing light to an issue that may have been unknown to residents outside the state. 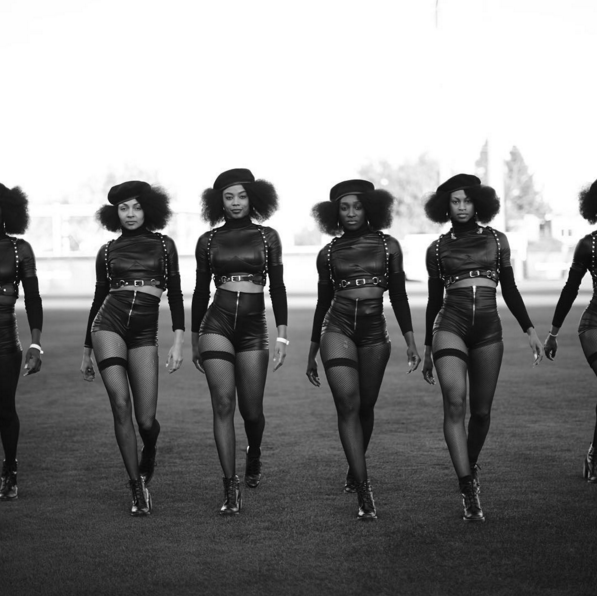 Beyoncé's dancers at the Super Bowl. Via @beyonce on Instagram.

Beyoncé’s “Formation” is not meant to capture a universal feeling, but rather the bond formed by customs within a specific culture. Both the song and accompanying video are not merely feminism, but Black feminism in combination with Black pride, a visual manifestation to answer the question: What does it mean to be Black in America? For the superstar, it is magic that cannot be duplicated or replicated.