Trump, Roger, and Other Ailments at Fox News | Bitch Media

Trump, Roger, and Other Ailments at Fox NewsEnough of the Billshit 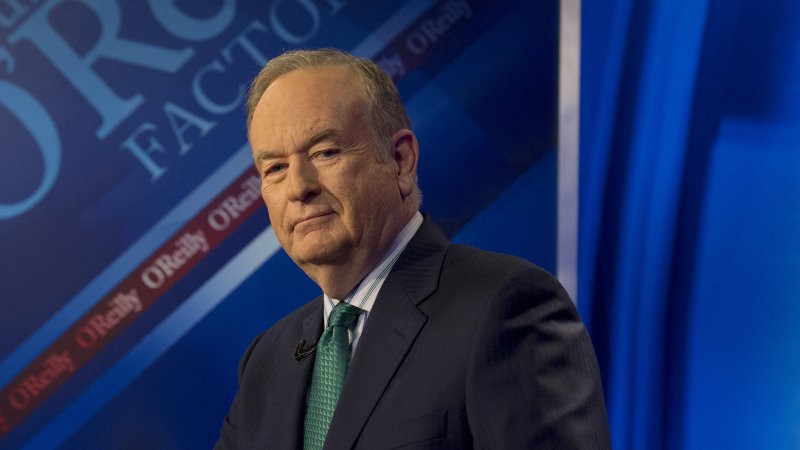 Bill O’Reilly has occupied his perch as the scolder patriarch of Fox News since 1996, but his reign might finally be coming to an end.

On April 1, the New York Times reported they found five women who were paid either by O’Reilly or 21st Century Fox “in exchange for agreeing to not pursue litigation or speak about their accusations against [O’Reilly]” a combined total of $13 million. Allegations of O’Reilly’s sexual misconduct have been public for some time: Only three of the newly revealed allegations were previously unknown.

Many details are still unknown about the harassment cases. In 2011, Rebecca Gomez Diamond, a host on Fox Business Network, took recorded conversations between herself and O’Reilly to Fox. She left the network with a confidentiality agreement and a settlement that was paid by O’Reilly. Juliet Huddy, an on-air personality at Fox News, alleges that O’Reilly made inappropriate phone calls to her, pursued a sexual relationship with her, and that when he tried to kiss her, she pulled away and fell to the ground. O’Reilly didn’t help her get up, and she says he stopped her career from advancing after she rebuffed him. Because not all of the details about each of these cases are known (and because several of the complaints refer to recorded phone conversations), it’s worth revisiting the first known allegation of sexual harassment against O’Reilly.

In 2004, The O’Reilly Factor producer Andrea Mackris filed a sexual harassment lawsuit against O’Reilly and 20th Century Fox. Though the lawsuit was settled, the Smoking Gun obtained and published it the day it was filed. Details throughout are horrific, disgusting, and bizarre (and still online for you to read).

You would basically be in the shower and then I would come in and I’d join you and you would have your back toward me and I would take that little loofah thing and kinda soap up your back… rub it all over you, get you to relax, hot water… and um… you know, you’d feel the tension drain out of you and uh you would still be with your back toward me, then I would kinda put my arm, in one of those mitts, those loofah mitts you know, so I got my hands in it… and I would put it around front, kinda rub your tummy a little bit with it, and then with my other hand I would start to massage your boobs, get your nipples really hard… ‘cuz I like that and you have really spectacular boobs…

So anyway I’d be rubbing your big boobs and getting your nipples really hard, kinda kissing your neck from behind… and then I would take the other hand with the falafel (sic) thing and I’d put it on your pussy but you’d have to do it really light, just kind of a tease business…

After climaxing, O’Reilly started talking about how well his recent appearance on The Tonight Show had gone.

Like his history of sexual harassment, O’Reilly’s history of domestic abuse has been an open secret since at least 2015, when court transcripts from his custody trial with his ex-wife revealed that the couple’s teenage daughter saw O’Reilly “choking her mom” as he “dragged her down some stairs” by the neck. O’Reilly also told his daughter that he struggles to control his rage around his family.

When Mackris warned O’Reilly that she knew he’d behaved inappropriately with other women who worked on The O’Reilly Factor, O’Reilly allegedly threatened, “If any woman ever breathed a word I’ll make her pay so dearly that she’ll wish she’d never been born. I’ll rake her through the mud, bring up things in her life and make her so miserable that she’ll be destroyed.” He further warned her, “If you cross Fox, it’s not just me, it’s Roger Ailes who will go after you. I’m the street guy out front making loud noises about the issues, but Ailes operates behind the scenes, strategizes and makes things happen so that one day BAM! The person gets what’s coming to them but never sees it coming.”

O’Reilly added, “Ailes knows very powerful people and this goes all the way to the top.”

Roger Ailes, the former Chairman and CEO of Fox News, was forced to resign in 2016 after more than two dozen women alleged that he sexually harassed them. Of course, O’Reilly came to his defense at the time, saying, “I stand behind Roger 100 percent.”

O’Reilly was right—it does go all the way to the top. While O’Reilly has yet to comment on the newly discovered payouts, his friend President Pussygrabber is already defending him, saying that O’Reilly is “a good person.” “Personally, I think he shouldn’t have settled,” Trump told the New York Times. “Because you should have taken it all the way; I don’t think Bill did anything wrong.”

Trump also defended Ailes against sexual-harassment allegations, saying, “I think they are unfounded just based on what I’ve read. Totally unfounded, based on what I read.” After Ailes was ousted from Fox, Trump still kept defending him. “I can tell you that some of the women that are complaining, I know how much he’s helped them, and even recently. And when they write books that are fairly recently released, and they say wonderful things about him. And now, all of a sudden, they’re saying these horrible things about him,” Trump said in an interview last summer. “It’s very sad because he’s a very good person. I’ve always found him to be just a very, very good person. And, by the way, a very, very talented person. Look what he’s done. So I feel very badly.” After Ailes was ousted, reports surfaced that he was advising Trump on debate prep on top of the strategy discussions the two had already been having for months. Of course Trump fits into the disgusting duo of Ailes and O’Reilly perfectly, creating a triumvirate of sexual harassers that goes “all the way to the top.” Best buds till the end, right fellas?

And O’Reilly is going to need the support of his friends in high places. Since the allegations discovered by the New York Times were published, The O’Reilly Factor has lost more than half of its advertisers. Twenty-First Century Fox has also hired a law firm (the same one that investigated Ailes) to investigate an accusation of sexual harassment against O’Reilly, and last night O’Reilly announced that he is going on a vacation that was definitely planned before the allegations surfaced and not at all because he is embroiled in a sex scandal. Speculation is growing that he might not return to his show and is instead exiting “in a non-embarrassing way,” a Fox staffer told New York magazine.

Sexual harassment is systemic, and the culture at Fox allowed Ailes, O’Reilly, and presumably countless other men to prey on women in the workplace while covering up their own crap at the same time. When Ailes was ousted at Fox, he found a convenient new spot as the president’s pal. O’Reilly is already the author of more than 20 books—one of which, all about upholding traditional values like “how men should treat women respectfully,” is currently, despite the controversy, at the top of the New York Times’ hardcover nonfiction bestseller list. Whether he leaves Fox because of the allegations or not, he will find a next act, and people will continue to listen to him. The least we can do is keep the spotlight on his dirty deeds—and on those of his two pals.