You Have No Power Over Me: Life Lessons From "Labyrinth" | Bitch Media

You Have No Power Over Me: Life Lessons From “Labyrinth” 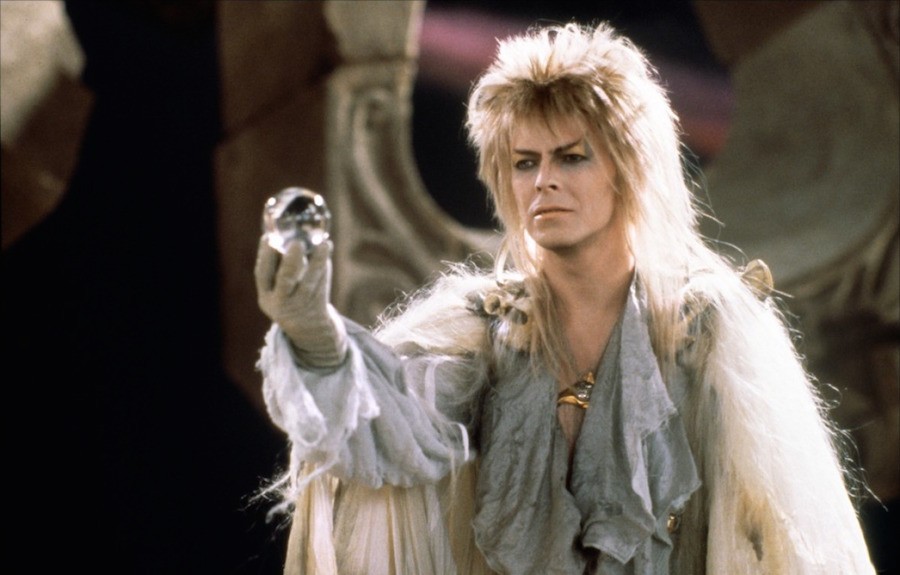 It’s hard to think of a phrase that’s changed my life more than, “You have no power over me.” I found this mantra courtesy of Jim Henson’s Labyrinth. It was also the movie that first introduced me to David Bowie. In the days of Blockbuster—when you had to explain to your parents that a teenage girl’s dark romance with an androgynous goblin king so enthralled you that you needed them to spend another $3 to rent the tape they’d just returned—I saw Labyrinth once, then spent years craving to see it again and again. I couldn’t articulate why I found the film so compelling, so mysterious, and so—well—tingle-inducing. I just knew I wanted to watch it until the VCR’s tape heads wore the picture down to fuzz.

Labyrinth, if you haven’t seen it, is a fairy tale by way of the ‘80s, a John Hughes movie dosed with LSD. Jennifer Connelly plays a teenage girl named Sarah (I got to hear David Bowie say my name whenever I wanted to!) who indulges in renaissance-fair-tinged daydreams her father and stepmother find childish. She wants to wish her baby brother away so she can spend an evening on her own, imagining herself into the world of books and plays. But when she speaks aloud an incantation that she believes could only work in her own fantasies—“I wish the Goblin King would come and take you away—right now!”—her dream comes true. The Goblin King, Jareth, in the spectacular form of David Bowie, appears in her room. He has answered her desires and made her baby brother disappear. When Sarah demands that Jareth return him, he instead gives her thirteen hours to solve his labyrinth. If she beats it, she can have her brother back. If she doesn’t…

It’s not clear what will happen if she doesn’t, actually. We don’t know if Sarah’s baby brother will become a goblin, but even young viewers must get the feeling I had when I first watched Labyrinth: that there’s more the adults aren’t willing to tell us. Jareth gives Sarah an impossible task, it seems, because he’s less interested in her baby brother than he is in her. He tries to convince her to give up, appealing first to her reason and then to her desire for him. “How you’ve turned my world, you precious thing,” David Bowie sings to Sarah in the movie’s final act. “I move the stars for no one.”

I say David Bowie sings these words, because when he sings he can be no one but himself. Labyrinth was the first time — and countless other children—were exposed to David Bowie’s music. It was where I learned that a sound could envelop you, could fill you with both dread and wonder, could promise doom and possibility in the same breath. It was the first place I had the chance to hear David Bowie’s voice, in all its glory: gentle, subtle, sexy, playful, and wise. It existed in the wide, wide range between lullaby and belter, protest song and ballad. There was nothing like it. There never will be again. 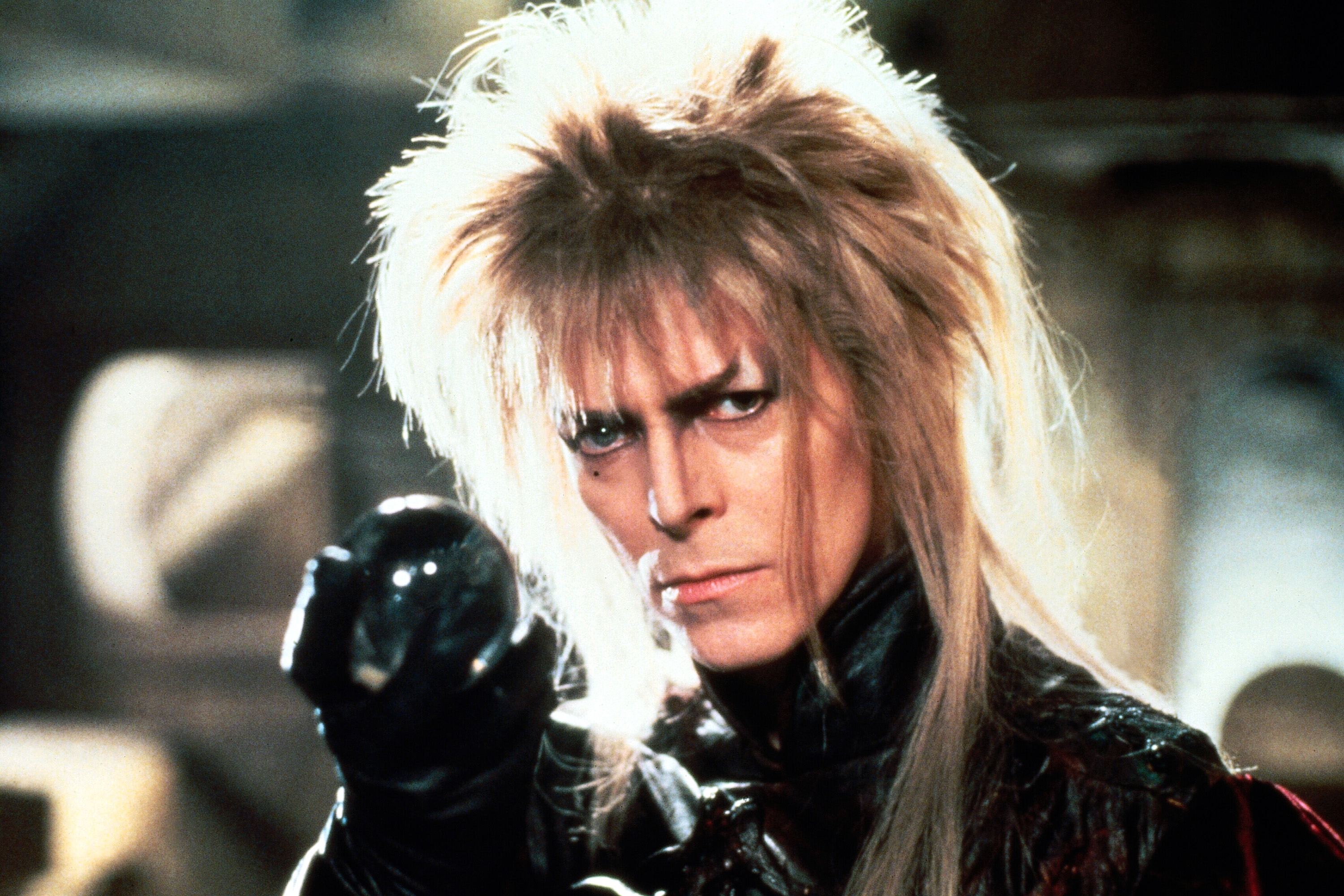 One of the social media responses to David Bowie’s death is a tweet that has been around for months, but gained new meaning late last night: “If you’re ever sad, just remember the world is 4.543 billion years old and you somehow managed to exist at the same time as David Bowie.” It’s true. We are lucky not because we’re part of a society that produced him, but because we’re part of a society that David Bowie altered for the better with his fearless artistry, his joyful queerness, and his utterly contagious celebration of himself. My life has nothing to do with music, performance, or glitter, but David Bowie is still a beacon for me, as he is for so many people. “You have to embrace change,” my friend Jill told me just a few days ago. “Willingness to evolve is what separates David Bowie from Vince Neil.” Not just being willing to evolve but loving the brilliant, frightening specter of change, of time, is the gift David Bowie gave us—even if time is also what took him from us far too soon.

I fell in love with Labyrinth for reasons I can and can't explain. But if I try to articulate the effect it had on my life, I return again and again to the concept of change. For years, I saw it differently every time I watched it: wishing first that Sarah would give in to Jareth’s wishes, then idolizing her for insisting on her freedom, and finally coming to rest in a gray area. Labyrinth taught me to say, as Sarah did, “You have no power over me”—to all the people, institutions, and ideas that tried to convince me otherwise. But David Bowie was the movie’s real guide as to what freedom meant. He showed me that it wasn't just about completing a journey or fulfilling a responsibility. It was also about reveling in myself and all my possibilities. It was about welcoming challenge, welcoming fear, and knowing that sometimes the most reliable route that we can have to power is embracing complication and confusion.

In the end, David Bowie is both the best thing about Labyrinth and its biggest problem. In the movie, Sarah outwits the Goblin King, completes her mission, saves her baby brother, and return to the real world. Jareth, thwarted, disguises himself as a barn owl, and peers mournfully into her bedroom window before flying away. Of course she had to beat him, because beating him was the only way to win: Labyrinth is a children’s movie, but it’s also a movie about the way love and terror can not just coexist, but feed off one another. It’s about the promise of a romance that could only have been abusive, as so many fairy tale romances are. And all this made sense, if you just looked at the script. But then you see David Bowie, who can never quite be just sinister. No matter how much he tried to speak lines that hinted only at his tyranny, he also created a realm of possibility: of sexual verve, of gender fluidity, of performance bordering on magic. His labyrinth, frightening as it was, was also a place where you could encounter what confused you and find out who you really were and what you were capable of. It was always worth the trip.

There is discussion around the web about the notion of Bowie having committed statutory rape.  One article: http://theleopardcoat.blogspot.ca/2010/08/new-generation-of-groupies.html. I'm not certain about the validity of these accusations, however I feel that it is worth bringing up within a conversation that discusses sexuality and Bowie.