Concealed PainWhy Are There so Many Lesbians Cops Onscreen? 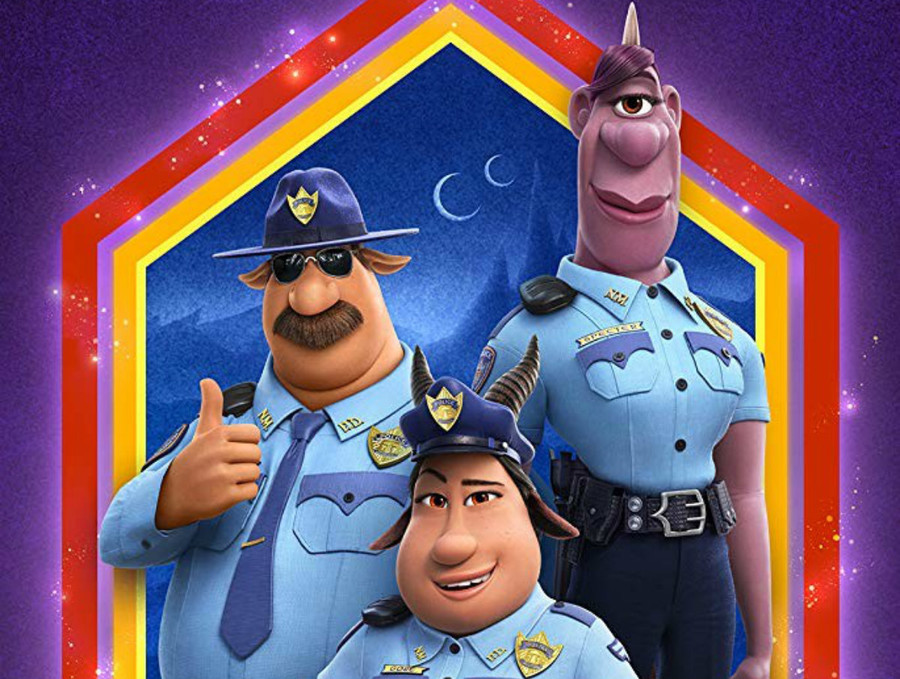 When I learned that Onward would feature Pixar’s first openly lesbian character, it piqued my interest. After all, Pixar has released more than 20 animated films, so it has already taken far too long for the film studio to introduce a LGBTQ character. But then the details about Onward’s representational feat became clearer: Lena Waithe would be voicing a character with a minor role, and on top of that, the character is a cop. That’s when my interest devolved into confusion: Why are there so many lesbian cops onscreen?

Onward follows two teenage elf brothers, Ian (Tom Holland) and Barley (Chris Pratt), as they search for the rest of their late father—literally. When Ian turns 16, his mother Laurel (Julia Louis-Dreyfus), gifts him and Barley a staff inherited from their deceased father. Ian and Barley are also given a magical stone and a spell, which, combined with the staff, allow Ian and Barley to resurrect their father for one day. Ian and Barley fail at their first attempt to cast the spell, which causes the stone to dissolve and creates a magical, sparkling storm in Ian’s bedroom. Their father comes through the storm, but only his legs are brought back from the dead. Ian and Barley then embark on a grand adventure, traveling far and wide—half-dad in tow—and engaging in a bit of magic to find another stone, reattempt the spell, and bring back the rest of their father’s body.

Waithe, who voices Officer Specter, joins a star-studded cast that includes Octavia Spencer and Ali Wong in a film that has garnered headlines for being “groundbreaking.” Though Officer Specter only appears onscreen for a few scenes, she’s the first Pixar character who’s openly queer instead of being queer-coded. Though Finding Dory was touted for having a lesbian couple, the film’s codirector Andrew Stanton told USA Today, “[The couple] can be whatever you want them to be. There’s no right or wrong answer.” While that might be a true sentiment for Stanton, his answer felt a bit biting for queer viewers. Similarly, Disney’s 2017 Beauty and the Beast remake supposedly featured “a nice, exclusively gay moment in a Disney movie,” but the fleeting moment was forgettable. Given the lack of queer characters in animated films, Pixar had an opportunity to make a real impact by including a lesbian character voiced by a real-life Black lesbian.

Instead, Waithe’s character only has a handful of forgettable lines. When Specter and Officer Gore (Ali Wong) pull Ian and Barley over for driving over the speed limit, the boys decide to use Ian’s newfound magical abilities to morph into their mom’s boyfriend, who’s also a cop. Now that they appear to be officers, the boys play at Specter and Gore’s sympathy, saying it’s just so hard raising teens. Here, Specter opens up: “My girlfriend’s daughter got me pulling my hair out.” And…that’s all. While some said “Lena Waithe made Disney history,” and others called Waithe’s inclusion ”historic,” the scene left a lot to be desired. Even Onward’s director Dan Scanlon noted in an interview with Yahoo Movies U.K. that he “wished they’d expanded [the role],” saying, “Lena Waithe is not only a great actress but a great writer and she improvises and was just such a joy to work with. I think it’s a wonderful embarrassment of riches that we have a cast of people who, even in doing small parts, bring them to life and elevate them and keep you wanting more.”

Including Waithe’s character is the epitome of pandering, though there’s been a proliferation of other queer cops on television on shows ranging from Brooklyn Nine-Nine to The Fosters to Supergirl. While some critics questioned if Brooklyn Nine-Nine is pro-cop propaganda, the show simultaneously became one of TV’s most “woke” offerings with its nuanced depiction of Detective Rosa Diaz’s (Stephanie Beatriz) bisexuality and Captain Raymond Holt’s (Andre Braugher) loving relationship with his husband. On The Fosters and its spinoff Good Trouble, Stef Foster (Teri Polo) plays a lesbian cop with a biracial wife and Latinx, gay, and disabled children. Lesbian detective Maggie Sawyer (Floriana Lima) is bringing law and order to the CW’s Supergirl. And most recent, Batwoman included Sophie Moore (Meagan Tandy), a lesbian security agent who works adjacently to a police force.

Of course, it’s delightful to see more queer and lesbian characters onscreen, but how progressive can pop culture be when it’s willingly mapping queer identity onto cops and calling it representation? According to the Williams Institute at the UCLA School of Law, police discrimination against queer people in the United States is “pervasive.” A 2017 report published by the Harvard T.H. Chan School Of Public Health found that more than a quarter of LGBTQ people say that they or a friend or family member who is also LGBTQ have been unfairly stopped or treated by the police according to. Too, the fact that LGBTQ victims are often doubted by cops leads to queer people being less likely to reach out to the cops for assistance.

According to a 2013 Williams Institute survey, 48 percent of LGBTQ victims of violence reportedly experienced police misconduct. Similarly, the 2015 US Transgender survey found that 58 percent of respondents who interacted with police who knew they were transgender experienced mistreatment, and, thus, many trans people feel uncomfortable seeking police assistance. These numbers only get worse for queer people of color and sex workers.  “Transgender people who have done sex work or participated in underground economies often report elevated levels of police violence,” reads a document by the National Center for Transgender Equality. “This includes 16 percent of all trans people, 34 percent of Latino/a trans people and 53 percent of Black trans people.”

From current issues to the long history of police violence enacted upon queer people (see Stonewall), there’s a reason this presentation of cops as queer is so loaded, and doesn’t land easily onscreen. In a 2016 article about Brooklyn Nine-Nine for Bitch, s.e. smith wrote, “The presentation of a fantasy world in which these things aren’t problems just because this is comedy and everyone is having a cool and fun time isn’t working, and creators who have taken on so many social challenges before shouldn’t be shying away from taking on some of the biggest problems we face.” It’s strange that there’s such a wide berth of networks deciding to include lesbian characters who are also police officers.

“We really wanted to make sure that the world of Onward was representative of our world and all that it entails,” the film’s producer Kori Rae told Yahoo ahead of the movie’s release. “So I hope we’ll see more [representation].” I’m hopeful that an increase in representation doesn’t overlook, ignore, or become complicit in the fraught relationship and painful history between queer people and cops in favor of nearly-thoughtless queer characters.

Read this Next: 5 Underrated Messy Bisexual Characters Blessing Our Televisions

by Rachel Charlene Lewis
Most importantly, none of these characters are “perfect.”