Wow, was this a bad week to be in the midst of production on the new issue of Bitch. As we all know, it was Super Super Tuesday, which will now be remembered as the birth of the Crying Jag Heard 'Round the World, and it was impossible to keep up with the avalanche of press necessitated by what was, come on, a really minimal show of emotion. (Seriously, I'm pretty sure I've teared up more just looking at pictures of puppies on Cute Overload.)

But I did want to give special dishonorable mention to this appalling piece by Lorrie Moore in today's New York Times. To sum up: Lorrie Moore does not like Hillary Clinton, does not want her to be president, and does not want women to be fooled into thinking that a Clinton presidency is a good idea. In the piece, titled "Last Year's Role Model," Moore opines that Hillary Clinton is a bad role model because, among other things, bad things happened when she was first lady. Really. Check out this paragraph:

"[T]hough we are in the midst of an awful presidency, we should not be taken in by the rosy haze that gets cast over the Clinton White House; they were not years of great accomplishment. Baghdad was strafed and embargoed; Waco was gassed and burned; in all these events, children (Mrs. Clinton's key policy focus) were appallingly killed."

A couple questions for Ms. Moore: So was Clinton, as first lady, responsible for all these things – Iraq, Waco, perhaps the murders on the Long Island Railroad, and maybe even Vanilla Ice's gangsta-rap comeback? And, wait: It's bad that Clinton's '90s-era policy focused on children because children were killed in these events? I'm just trying to get some clarity here, because without that it could really seem as though Moore is pulling a bunch of names and dates out of her very ass in order to vent her disinterest in another Clinton presidency.

Oh, but it goes on. It's not just that Hillary Clinton is a bad role model. Little girls (and big ones, even) don't need role models any more. After all, we've got Nancy Pelosi (whom Moore calls "a fierce 67-year-old babe")! Isn't that enough? Oh, but I'll let Moore continue to make with the crazy:

"In my opinion, it is a little late in the day to become sentimental about a woman running for president. The political moment for feminine role models, arguably, has passed us by. The children who are suffering in this country, who are having trouble in school, and for whom the murder and suicide rates and economic dropout rates are high, are boys — especially boys of color, for whom the whole educational system, starting in kindergarten, often feels a form of exile, a system designed by and for white girls."

Ah yes, the trusty zero-sum approach. Boys are in crisis, thus girls are A-ok. There's no need to trivialize the needs of girls to make room for the needs of boys — if that happens, it's because articles like this (as well as books like this) makes people think it's one or the other. It's not.

I've never been a huge fan of Moore's fiction (and I'm not even gonna bother to link to anything about it), but I'm even less of a fan of this badly-written claptrap. To cleanse my palette, I'm off to finish reading one of the pieces of post-Teargate analysis that actually felt welcome this week — Rebecca Traister's Salon piece on the transparency of the media's Hillary-hating and its surprising effect on previous nonsupporters. Breathe. Sigh. And we all brace for another week of more of the same. 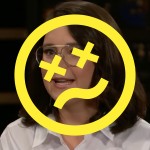 by Dahlia Balcazar
Bari Weiss has been on a nonstop streak of problematic, alarmist, and victim-blaming columns since she was hired at the "New York Times" in 2017.