“Do Not Watch This if Your Motives Would Upset Me”: Emma Sulkowicz’s New Multimedia Project | Bitch Media

“Do Not Watch This if Your Motives Would Upset Me”: Emma Sulkowicz’s New Multimedia Project 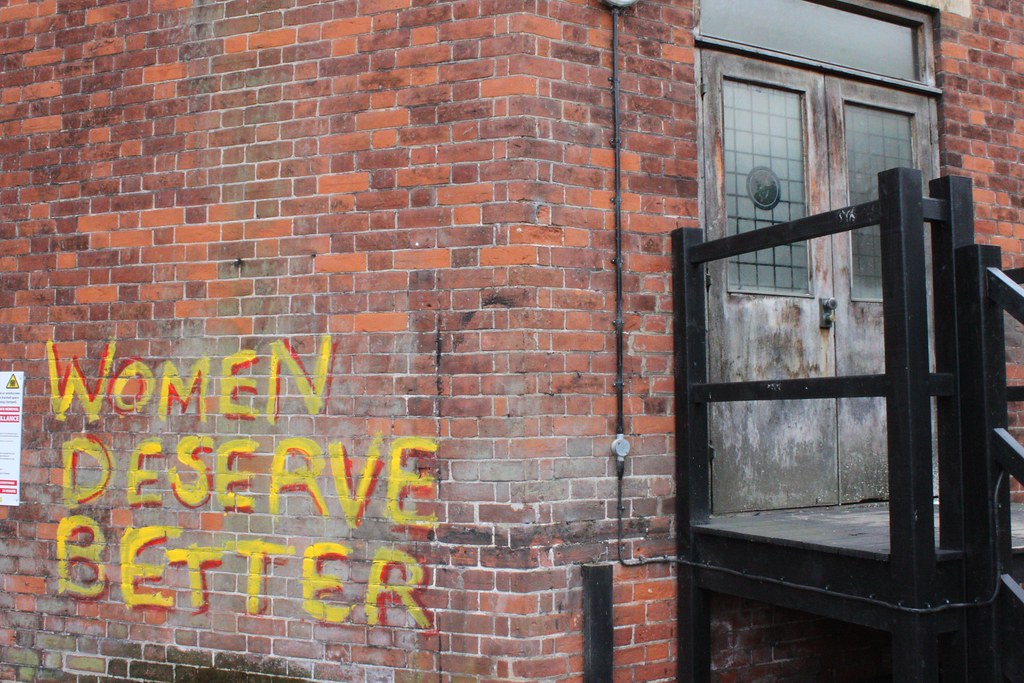 A clear slogan painted on a wall at the Cambridge Student Union. Photo by Devon Buchanan.

If you type in “Emma Sulkowicz” on Google, the first thing that the search engine auto-fills after her name is “liar.” Sulkowicz is the Columbia University graduate whose senior thesis art project, Mattress Performance (Carry That Weight), involved her and friends carrying a dorm room mattress to class every day that her alleged rapist remained at the university. (It lasted through her graduation.) Since she began the piece—after her university found her alleged attacker not guilty—and began speaking out so publicly about rape, she’s received lots of support from allies, but also tons of vitriol, both online and on campus, from people who don’t believe her story. It’s a perfect example of our culture’s disbelief of rape survivors and hatred of women who speak their minds.

Last week, Sulkowicz posted Ceci N’est Pas Un Viol (“This is Not a Rape”) to a website with the same URL. Its title is a reference to René Magritte’s famous piece “Ceci N’est Pas Une Pipe,” which challenges viewers to consider the differences between textual and imagistic portrayals of an object and the object itself. It asks viewers to consider our perceptions beyond first glance.

Upon viewing Sulkowicz’s site, viewers are first met with a trigger warning: “The following text contains allusions to rape. Everything that takes place in the following video is consensual but may resemble rape. It is not a reenactment but may seem like one.” After she explains that this piece is not related to her alleged rape or rapist (“It’s about you, not him,” she writes), she asks the site’s viewers questions to help them reflect on what they’re about to watch: “What are you looking for? … Do you refuse to see me as either a human being or a victim? If so, why? Is it to deny me agency and thus further victimize me? If so, what do you think of the fact that you owe your ability to do so to me, since I’m the one who took a risk and made myself vulnerable in the first place?” and finally, “Do you hate me? If so, how does it feel to hate me?”

After these questions is an eight-minute video directed by Ted Lawson. It’s incredibly disturbing and difficult to watch (so skip ahead now if you don’t want to read about it). The video shows Sulkowicz and an unidentified man, whose face is blurred away, in a nearly empty dorm room engaging in what initially appears to be consensual sex but which turns increasingly aggressive, violent, and non-consensual. The last four minutes of the video show Sulkowicz first lying on the bed in the fetal position, then making her bed and crawling into it. The last image is her facing the wall, her back turned to every camera.

From The Daily Beast:

From The Daily Caller:

As writers at both The Frisky and Flavorwire have noted, these comments are the real “performance” behind the piece. Sulkowicz wants us to confront our ideas about what rape is and who rape victims are. The definitions aren’t black and white. By presenting a place where people can express their vengeance toward her, toward rape victims—the write up anticipates this reaction—Sulkowicz turns the commenters’ nastiness into the spectacle. “Please don’t participate in my rape,” she writes. “Watch kindly.”

“You might be wondering why I’ve made myself this vulnerable,” Sulkowicz writes. “Look—I want to change the world, and that begins with you, seeing yourself.” If we are going to change rape culture, if we hope to someday live in a world that listens to its survivors, we need to change the ways we think about rape. Sex can begin consensually and still end up being rape. Consent is required every step of the way.

Related Listening: Our podcast about Feminism on Campus includes a discussion of Carry That Weight.

Seriously, Sulkowicz is a badass. I look forward to seeing more work from her.

Her resolve to fight for what is right (and also for HER rights) is amazing and inspiring. <3

by Katherine Marrone
The state now requires students to get comprehensive sex education, rather than abstinence-only lessons.