Sometimes the best books about sex simply state the obvious: masturbation feels good, most women require direct clitoral stimulation to orgasm, fat people have and (gasp!) enjoy sex (and with all kinds of partners!). Hanne Blank’s newly released edition of Big, Big Love is a prime example of how sex shame can be fought hardest by basic acknowledgment and normalization, sending us the big, big, loving message that no one should be deprived of a pleasurable, healthy and satisfying sex life. The second-coming (har-har) of Big, Big, Love (first published in 2000) is more of a total overhaul of the old version, complete with new illustrations, modern gender- and sexual-identity inclusion, interviews that tackle everything from “fatshion” to the carnal joys of flesh-folds, and a current resource list that makes it clear that Blank isn’t the only one having, promoting, and writing about hot n’ heavy, sexy, sexy sex.

Bitch: Big, Big Love (BBL) reclaims the word “fat” in order to reclaim the term and uses it often. What’s your ideal definition of the word and how is it used in the book?

Blank: Fat is a fine old Anglo-Saxon monosyllable that has gotten a much worse reputation than it deserves. It’s a noun, an adjective, and it refers to fat tissues or the having of them. And that’s all it means. It’s a way of describing a physical substance or characteristic that is possessed by—among other things—human bodies, much in the same way that black hair is or foot size. Neither black hair nor foot size are moral attributes or outward and visible indicators of inward and private virtue. Fat isn’t, either.

That’s how I use it in the book and in my daily life. Fat’s just fat. Mundane and normal and unexceptional, it’s just one of the types of tissues bodies can include and one of the characteristics bodies can have.

Who was BBL written for?

BBL was written for people who have bodies and who also negotiate their own sexuality, especially if—but not exclusively if—they’re fat. It’s also for anyone who is or has ever been attracted to, interested in or in a relationship with someone who is, was or might someday be fat.

If this sounds like I’m casting a very wide net, that’s because I am. However, it’s nowhere near as wide as the net our culture casts when it comes to shaming, scaring, blaming, punishing and policing people on the basis of some aspect of their bodies and their sexualities.

It’s not exactly a big secret that people with bodies of all different sizes often feel that their bodies are “not good enough” for them to deserve happy, healthy, satisfying sex lives. Threats of undesirability or unloveability are used to terrorize, oppress and silence women. It is a cultural dictate that “good,” “successful,” “real” women are those who are sexually desired, objectified and the objects of a particular kind of love that is directly connected to a particular model of physical attractiveness. In the book, I call this out for the hurtful, insidious bullshit that it is.

A lot of fat activism came out of the feminist movement originally. Feminist consciousness-raising about the oppressiveness of various forms of appearance-related control is still at the center of fat activism as well as a lot of other kinds of liberation work that looks at places where culture tries to appropriate and police the body.

I think that what fat and feminism have in common, sexually, is that both fat activism and feminist activism are looking at ways that cultural power structures try to manipulate (and profit off of) our bodies in ways that perpetuate the kyriarchy. One of the classic ways in which that is done is through sex. Women and fat people, and fat women specifically, are browbeaten literally from toddlerhood with the threat that if their bodies and appearances are not “good” then they will not be sexually desirable, valuable, loved—a whole spectrum of things that have been constructed as things that validate human, and especially female, worth.

Is there a particular piece of fat-sex-negative pop culture that’s recently gotten your blood boiling? Anything overwhelmingly fat-sex-positive that’s soothed the burn?

It’s not fat-sex related, specifically, but: The recent blathering about whether NJ governor Chris Christie’s weight meant he wasn’t potential Presidential material made me despair for the American electorate. I mean, is the dude’s double-chin going to get pissed off one day and spontaneously launch the nuclear warheads? Anyway, if I let my blood boil every time someone said a hateful thing about fat people in the public eye, I’d do nothing else.

As for something fat-sex-positive, I loved seeing Sherri Shepherd of The View on CNN, defending fat women’s sexuality with a defiant “you can get freaky at any size and it can be good” in an interview with A.J. Hammer.

In your introduction, you say one of the reasons you wrote BBL is because “nobody should be deprived of their own image”—in what ways does this book change the image we see in mainstream pop culture? How do we make space for our own fat, sexual images amongst the fat-sex-negative media?

Over the 11 years that’ve passed since writing the first edition of BBL, pop culture images of fat people (including fat people as sexual people) have changed quite a lot. There are a lot more of them (Huge, Mike & Molly, Big Sexy, etc.) and although they’re still far from perfect or even proportionate to the number of fat people in society, they’re much better than they were. The mainstream media is waking up to the idea that real audiences genuinely want to see fatness, hear about fatness, and want fat images in their media experience. And this shouldn’t be a huge surprise: Fat exists in our world, and we like seeing our world reflected back at us in our media.

BBL helps change the picture because it speaks directly, openly, and unapologetically to the intersection of fat and sex and refuses to treat it like it’s substantially different from any other kind of sex. Because it’s not. And that’s one of the ways that we make space for our own fat sexuality in a culture that doesn’t like to see it or acknowledge it: We keep insisting that it’s normal. Because it is. Bodies are normal. Sex is normal. Fat is normal. “Fat sex”—or, as I like to call it, “sex”—is normal. We’re fat, we fuck, it’s good, get over it.

I have but 1 question... does the 2nd edition of BBL do away with the Feederism bashing from the 1st edition? Ms. Blank, you can't claim to write a general book on fat sexuality, UNLESS all fat sexuality is represented in at least an neutral light. Or gods forbid, positively.

But not everyone. The National Association of Fat Acceptance condemns the practice, and because I have a severe family history of many chronic diseases (Particularly diabetes and heart disease), I have to watch myself when it comes to diet and exercise, even though I defend my being a size 26-28. I don't want to spend the rest of my spare money on over-priced, borderline-dangerous medications, feeding into the already over-profiting pharmaceutical-industrial-complex, when it should be focusing on helping causes such as this project bitchmedia.

Some of us fat folks really emphasize working on our health, bashing the negative stereotypes those that love to hate on us paint us as (Lazy, unattractive, unloveable, junk-food addicted ...), and I am among those fat folks that will not allow those that just love to eat with disregard for healthfulness (sexual turn-on or not) shame us for our being healthful. I personally loved it when Hanne criticized feederism in her first book and I am looking forward to seeing what she has to say about it in the new edition, even if I might not agree with her if she's changed her viewpoint on the practice.

I'm dismayed at the bigotry and lack of knowledge in your statements. If feederism only involved men who fatten women out of a sense of control, that would be one thing ... I also suspect that if most feederism involved homosexual women, there would often be "passes given" by the usual fat activists. But feederism is more complicated that that ...

I'm a fat man who has been a writer of fat eroticism, a fat activist of sorts, and I have strong feedee inclinations that are as much a part of me as my current fatness. I also believe that it is odd so many fat activists are so pro-fat, but not the process of growing fatter -- there seems to be a subtle, contrary counter-feeling or counter-attitude that has its roots in the overall fat hatred of mainstream society.

It stands to reason: people often hate certain things without a full understanding of all the permutations. My belief goes like this: feederism has so many gradations, so many variables in its practices, that it's as unfair to over-simplify feeder/feedee situations. I, personally, feel uncomfortable with any "gain with no limits" scenarios -- such as feeding someone to immobility. That, to me, is not a form of true love ... but I'll be the first one to admit that's purely my own opinion. Since people often gain and lose weight naturally over the course of, say, a calendar year, a more gentle and nurturing type of feederism exists where a partner does not control, but lovingly furnishes food as part of a nourishing relationship ... and the one growing plump (once again), may well do so in a way that serves their own body and mind preferences that are in no way counter-productive to overall health if a person (such as myself) is actually happier and feels better in this type of relationship where a "nurturing feeding" goes on.

I would prefer remaining a bit heavier and more round all through the year, but hotter summer weather really stomps on my appetite; and honestly, I feel stronger and sexier when my wife once again, during the fall months, fattens me up to a roundness that suits me very well, with a BIG round belly that seems to be a major source of reserve energy for me -- in my case, getting fattened up also brings a greater sexual vitality. No wonder all that holiday cake and pie makes my shirt buttons pop off! I now tend to have an upper limit I always top out at ... and I'm not lobbying for yo-yo dieting or weight fluctuations in general ... it may not be as beneficial for a number of other folks, and I understand that.

Basically, one must be careful not to make too-narrow and bigoted assumptions, and because so few people have more than a passing familiarity or acquaintance with feederism as a whole, with ALL of its varieties and permutations, it is perhaps easy to paint this issue with an unfair and very wide brush.

It's not a practice, we're born this way. Jeez. 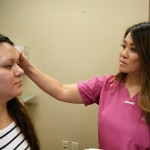