10 Great Films to Watch Instead of the Oscars | Bitch Media

10 Great Films to Watch Instead of the Oscars Look, I don’t think the Oscars are all bad. There are some good films nominated, for sure. I’m rooting for Selma as Best Picture and Citizenfour for Best Documentary. I bet Patricia Arquette will snag Best Actress for her excellent role in Boyhood and I like how The Imitation Game centers its story around the destructiveness of homophobia and sexism. But… that’s pretty much it.

The Oscars are like four hours long—in that span of time, you could watch two excellent movies from this year that were overlooked by the Academy. Consider it a double feature of films too unsettling, weird, and indie to ever win over the hearts of a critical mass of elderly white male Oscar voters. Here are 10 films released in the past 12 months that you won’t hear about at the Oscars. 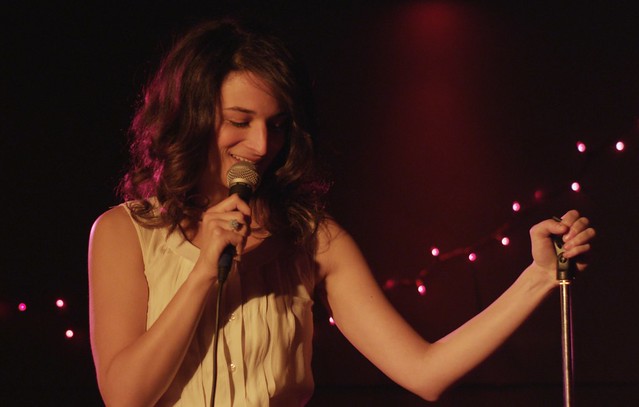 Comedies rarely make it to the Oscars, but Jenny Slate’s sweet and hilarious film about friendship, adulthood, awkward romance, and abortion is so worth seeking out. I’m not someone who often likes romantic comedies and I saw it twice and also maybe cried a little bit near the end. If you’re in a curl-up-on-the-couch-and-laugh-at-jokes-about-dicks mood, this is for you.

How to watch it: Obvious Child is available to rent on Amazon, iTunes, and DVD

This female-directed horror film out of Australia is all about creepy feelings and creepy kids, ratcheting up the suspense as it goes along. As critic Monica Castillo wrote, “What’s truly frightening about The Babadook is not the creepy monster itself, but the way that much of the movie’s horrors feel plausible, in a Nightmare on Elm Street way.”

How to watch it: The Babadook is for rent on iTunes and Amazon.

Read our full review: The Horrors of Motherhood Creep Into The Babadook

I’m genuinely surprised that this Tim Burton film starring Amy Adams as painter Margaret Keane didn’t get nominated for anything at the Oscars. Adams is great as the accomplished painter whose bullying husband takes all the credit for her work. Sure, The Babadook is a horror film, but this movie is actually scarier in some ways.

How to watch it: Big Eyes is still in theaters nationwide.

Read our full review: Big Eyes is a Big Indictment of Art-World Patriarchy

This artsy Farsi-language film directed by Ana Lily Amirpour revolves an unnamed young girl who’s actually an ass-kicking vampire. The film has a spaghetti western vibe and a through-line of resistance against patriarchal society.

How to watch it: Currently in limited release. Hope you’re lucky enough to live near one of these indie theaters.

Starring half a dozen awesome people, Dear White People offers a satirical take on racial tension nationwide by focusing on the lives of students at a fictional Ivy League campus called Winchester College. You may have already seem the clips of this film that went viral in early 2014.

How to watch it: Dear White People is for rent on iTunes, Amazon, and on DVD.

Scarlett Johansson stars as a quiet alien who drives around in a van and sucks the life out of men. She doesn’t need death rays to conquer us humans, all she needs is a sexy female form, a winning damsel in distress routine, and a robotic desire to consume.

How to watch it: Under the Skin is on DVD and Amazon.

Read our full review: In Under the Skin, Scarlett Johansson Subverts Her Vivacious Reputation

This new documentary about feminist activism of the late 1960s and early 1970s is both powerful and educational. Through interviews and archival footage, it shows the culture of protest pre-Roe v. Wade and is destined to be screened in high school history classrooms around the country (I hope).

How to watch it: She’s Beautiful When She’s Angry is playing in limited release.

We Are the Best

Contrary to the implications of the publicity photo above, We Are the Best is not a punk retelling of Harry Potter. Instead, it is a super-fun and frank movie about a group of surly Swedish teens driven by spite to start their own punk band. Along the way, they get sweet haircuts, stand up for themselves, and don’t ever really learn how to play their instruments.

How to watch it: We Are the Best is on Netflix, DVD, and iTunes.

Read our full review: We Are the Best is the Raucous Coming of Age Film About Young Punk Girls

This truly bizarre and vulgar film presents a girl’s exploration of her body with plenty of humor and no scrap of shame.  As critic Amelia Ayrelan-Iuvino wrote about the main character, “Helen is really rad and funny and brave. Viewers are meant to like her and care about her and admire her in spite of her disgusting habits and fucked-up tendencies.”

How to watch it: Wetlands is for rent on iTunes and Amazon.

Read our full review: Wetlands is a Rare and Wonderfully Gross Film

I thought this was going to be the blockbuster family movie of the year. Apparently, I was wrong, because I heard nary a whisper about it after it came out. But I loved it. Pride tells the story of gay and lesbian activists in London in the 1980s who team up to support striking miners in a small town. There are countless moments of triumph and people dance on tables at one point. Just lovely.

How to watch it: Pride is for rent on Amazon and on DVD (with a weirdly “straight-washed” cover).

Read our full review: Pride is a Joyful Film About the Need for Unlikely Allies

Related Listening: We discussed race and gender at the Oscars on this week’s episode of Backtalk.

Paweł Pawlikowski's "Ida," which is nominated for best Foreign Film this year, features two strong female leads not talking about men and probably deserves to be on this list of movies to watch instead of the Oscars. It's a beautiful meditation on religion, violence, and the law. It also is often really funny.
It is also one of the only foreign language films nominated with strong female leads, so this should not be taken as a pat on the back for the Oscars.

Paweł Pawlikowski's "Ida," which is nominated for best Foreign Film this year, features two strong female leads not talking about men and probably deserves to be on this list of movies to watch instead of the Oscars. It's a beautiful meditation on religion, violence, and the law. It also is often really funny.
It is also one of the only foreign language films nominated with strong female leads, so this should not be taken as a pat on the back for the Oscars.