5 Totally Random Things I'd Like a Moratorium On...Forever | Bitch Media 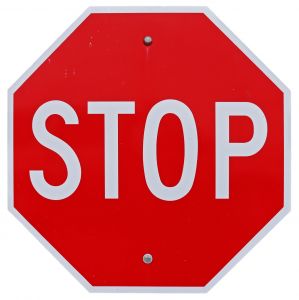 Read on for 5 things I don’t want to read about anymore:

1. Stories about and video clips of Britney Spears’ public menses-related mishaps. This keeps happening (if the reports are even true) because she’s mentally ill, very forgetful, or terribly overwhelmed. Either way, give her a break.

4. Those very special “Who’s Too Thin?” features in celebrity rags.  As if these same rags wouldn’t report negatively on these same women if they gained weight instead of lost it.

5. The very public meltdown of Jon and Kate’s marriage.  Hey, Jon and Kate…remember those “plus 8”?  I’m thinking they’d rather not have all their friends know the intimate details of their parents’ marital woes. But I guess since you’ve already placed them in the fishbowl, you figure…why not?  And now you’re complaining that you “didn’t sign up for public scrutiny”?  GMAFB.

#2 - Sadly, the amber alert for the "1990s Black Cadillac" was spread quite widely throughout Philadelphia before police caught on to the sham. Although police must know the majority of kidnappers are the kids' parent, it's amazing that "black man kidnapped my white daughter" gets so much traction. I guess Sweeten is claiming her daughter was kidnapped while they were in Philly? So the story was, a white suburban mom travels to city with daughter, who gets kidnapped by black man in vintage black cadillac? That story is so racist, it's almost funny.

#5 - I took a private joy in having the question "how can Jon live with a spouse as condescending and sarcastic to him as Kate?" answered with "he can't really." At this point, I wish the children the best, but require no further information about their lives.

Agree with your excellent choices. Can I add one? I really do not wish to hear in MSM news outlets who the remaining contestants are on American Idol, You Can Dance I Think, or Survival of the Bachelors in New York. If any of these contestants run for office, or commit a felony, or discover a cure for AIDS I would welcome the news of their exploits. Otherwise: I. Do. Not. Care.