Hey Vice! Here are 99 Reasons I, As a Female Writer, Won't Be Killing Myself | Bitch Media

Hey Vice! Here are 99 Reasons I, As a Female Writer, Won't Be Killing Myself 1. Because being a woman and a writer is not a tragedy

2. Because my sexy feminist heist novel isn’t finished yet

4. Because my life was worth living even before I was a mom

5. And for Toni Morrison

7. And for Audre Lorde

9. Because sexism is a cause of depression

10.  Because I aim to see sexism end in my lifetime

14.  Because my spy novel about modern day COINTELPRO isn’t finished yet

17.  Because my retro novel about black women in college fighting racism isn’t finished yet

19.  And because Coco Peila’s album isn’t out yet

20.  And for Opal Palmer Adisa

21.  And because Shonda Rhimes is just getting started in Hollywood

22.  And for Buchi Emecheta

25.  Because model Paige Morgan posed as Elise Cowan for Vice then spoke out publicly about being uncomfortable about the photo shoot and disappointed about the printed result

29.  Because I wonder what would happen if the fashion spread’s female photographer an stylist decided to stop cooperating with sexism and used their considerable powers for good

33.  Because I want to live to see the day when the editors and publishers of Vice magazine actually understand what’s wrong with what they did

34.  And for Leah Lakshmi Piepzna Samarasinha

37.  Because Sarah Palin is in the news again and I need a good laugh

41.  And because I can’t wait to hear Imani Uzuri’s next album

42.  And for Zora Neale Hurston

43.  And because women are the biggest book buyers and book readers but I want to live to see the day when we’re the biggest writers

48.  And because women writers committing suicide is not a fashion statement

49.  And because women writers committing suicide is not a fashion statement

50.  And for Cristina Garcia

55.  Because I have felt the kind of despair that made me want to walk into traffic

57.  Because there have been enough feminists in the field of psychology that women can actually get some help these days

61.  Because it does get better

66.  Because I have learned that favorable reviews and artistic success won’t heal the places you don’t love yourself

71.  Because we’ve been been betrayed and exploited then told it was all our fault

72.  But because it was never our fault

73.  And for Patricia Smith

76.  Because we’ve been thrown against the wall & locked alone in our rooms

77.  And for Margaret Atwood

84.  Because Generation Five has a 125 year plan to end child sexual abuse

91.  Because I want to live to see the day women writers will always be captioned with the books they wrote, not the designers they’re wearing and their methods of suicide

96.  Because I want to live to see the day when magazine issues of women’s writing doesn’t need spicing up with a little scandal or sex or suicide because people are actually interested in our writing

99.  Because I want to live to see the day where all women’s lives are considered so valuable, where women and girls are so well treated, that we have everything to live for and suicide would never even cross our minds.

The women authors in this list are both living and deceased, established and up and coming.  They write fiction, non-fiction and poetry, and have all influenced me greatly in one way or another.

Crying and bumping Coco Peila's soon-to-come album as I read this! Aya, you are such a G!! THANK YOU

This is a beautiful, strong piece. Let's add #100 to the list: And for Aya de Leon. Thank you!

Honored to be on this list and in this company. Thank you for this amazing piece.

First I have to say I did not see Vice's suicide fashion article; I've never seen Vice at all. And I get it that your response is an attempt to show solidarity and strength in the face of what sounds like (and probably is) an exploitation of the suicides of brilliant women writers.
I doubt that you meant to be insensitive, but I have a problem with your list because everyone I've known who has committed suicide had just as many and often similar reasons to live. In other words, the only reason you have for not committing suicide is that you are not driven to it by illness. And I hope you never are.
Instead of listing reasons for not committing suicide it would be more constructive to address the stigma of mental illness and our society's lack of understanding and support for those who suffer from it.

I agree with you that people I know who have committed suicide have tried valiantly to live in the face of tremendous despair. They may have many reasons to live but are in too much pain to continue. I work in mental health, am a mental health consumer-- but I am also a feminist and trauma survivor, and I believe in intersections-- people who suffer from mental illness and the stigma attached to it may not identify primarily with the mental illness community-- they may prioritize other aspects of their identity. Everyone who considers suicide has suffered tremendously, whether they have a mental health diagnosis or not. In my opinion the way to break down the stigma of mental illness is to break down other oppressions that cause such pernicious trauma.

I must say that I wasn't even aware of the Vice article until I read this. I know in literary history female characters are prone to be caricatures of A) object of a male's affection or B) the damsel in distress ie. diagnosed with madness/hysteria. Vice's fashion spread comments on what it's like to be a woman ... even in this day and age. Since it's fashion, let's look at what the deceased (or soon to be) is wearing and then perhaps judge her by what's on her body rather than her (i guess i'll say it) body of work. Thank you for responding to Vice's spread! (just had one question: why does Audre Lorde appear twice on the list?)

....and I'm glad that my words became part of a larger dialog regarding the larger questions at hand in this whole thing (models rights as workers, the reality of living with mental illness, the canard that is the "tragic genius")

Leaves me wondering if she ever read Sylvia Plath. Confused much?

Printing this out. Hanging it up. Reading it every day.

Hi there! There are some interesting discussions below the article, some of them - good points. However your post is friggin awesome and has a big role to play in what just happened with Vice. While reading I was crying, laughing and raising my fist in the air and screaming 'Yeah!'. Pretty awesome shot of you burning the magazine too! <strong>THANKS SO MUCH!<strong>

<p>I love this. You make a sister proud. (Also, I did tear up several times.) Glad you are out there keeping it real.</p>

This is the topic guys hihi i am looking to find something more soon [url=http://www.thisisyourlink.com]this is your link[/url]

Aya... what a brilliant response. thank you for leading the charge, for your "arrrgh!" WORD! 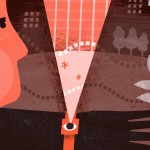 by mailee.hung@gmail.com
Order has always been a human ideal—has it become a defining category of a worthy life?