A Buffy Movie Without Joss Whedon? WTF is the Point of That? | Bitch Media

A Buffy Movie Without Joss Whedon? WTF is the Point of That? 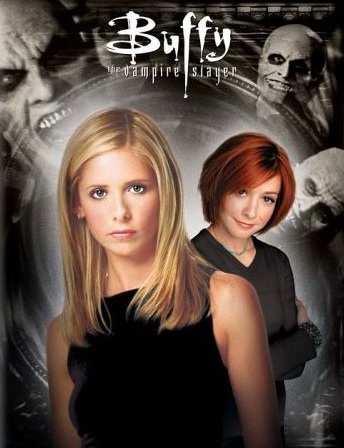 Did anyone else see that a new Buffy The Vampire Slayer film is being made, but that Joss Whedon won’t be involved? WTF is the point of that?

Without Whedon, won’t the film just be a remake of the decidedly less kick-ass1992 original? WHY MUST HOLLYWOOD SUCK THE LIFE (and feminism) OUT OF EVERYTHING GOOD?!?

Whedon has responded (cursorily) to this colossal snub, but its really the rabid Buffy fan base that has its vampire stakes in a splinter (does that even make sense? Anyway, they’re annoyed). A few comments:

EPIC. FAIL. The only reason Buffy the Vampire Slayer is relevant today is simple: JOSS WHEDON! I will boycot this movie with the rage of a 1000 rabid fanboys. Where is the petition? I don’t know why I’m even getting angry at such idiocy. This movie won’t even happen. LONG LIVE JOSS WHEDON!!!!!!!

I can’t believe that this is even being talked about. My ears are being raped along with some of the happiest memories that I have. I love the whedonverse, it has been the constant lighthouse in many peoples stormy lives. I will boycot and join in the protest against this hollywood make-a-buck abomination. To quote Thomas Jefferson “The tree of liberty must be refreshed from time to time with the blood of patriots and tyrants.” long live the revolution.

So yeah, people are pissed about this. (You can read more comments here.) But what about you, Bitch reader? Do you care about this?

I enjoy Whedon, up to a point. Dollhouse is just a poor duplicate of his writing ability and falls severly flat on many occasions (even if I do enjoy Dushku and Whedon team-up). I'm going to be open-minded about this. I mean come on, it has to be better then that travesty: Terminator Salvation.

I can understand hardcore Buffy fans being upset about this, but I'd say the person who made the "my ears are being raped" comment could probably stand to pay closer attention to feminist messages, in Buffy or elsewhere.

This is the 7th post I've read in the last few days regarding Whedon-less Buffy movie. Not to knock you or anything but I've read this story enough. Perhaps it's because I also read Whedoneque. You might actually get linked there tomorrow. Though this is the first to lament the inevitable loss of feminism.

They want to reboot the franchise for the "next" generation...the one that is obsessed with the abusive "love story" that is Twilight. Maybe this can be an educational film for them all? Nevermind that Buffy only ended in 2003, not even ten years ago. I can see a good Whedon-less Buffy as a possibility but there is no one in Hollywood I trust to do it justice.

But then I do adore most everything Whedon does. I certainly count myself apart of his "cult." Watch the last few episodes of Dollhouse, the ones sans Executive meddling. (P.S. I wouldn't go so far as saying Terminator Salvation was a travesty....it's was decent for mindless, action-y entertainment.)

Thanks for your comment. I agree with you that rape is not funny, but I posted that comment (which was a quote from another blog, not something I wrote myself) to highlight the level of distress that Whedon fans are expressing over the film. Obviously if someone is using the word rape, even inappropriately, it means they are pretty upset.

Anyway, I am sorry if my selection of that particular comment offended anyone; it was meant simply to make a point about Buffy fans, not to be anti-feminist or flippant about rape.

you know, i actually understood that much without needing it explained to me; i think it was fairly clear from your original post that the quotes were quotes and not your own original prose. that wasn't the part that i had the problem with. the part that i had the problem with was that you posted that particular quote without comment. the part that bothered me was that you left it just to speak for itself, without addressing how crappy the 'ear rape' remark was. i feel like, if you were going to choose that particular quote to use, that as a feminist blogger that part of it probably shouldn't have gone ignored (at least until other people brought it up).

and for the record, 'i'm so upset i feel ear-raped' is not a level of upset. it doesn't mean someone is more bothered by something than someone who didn't make such a remark. it's a shitty way to trivialize rape, and that's about it. there are plenty of people all over the interenet who are pretty upset by the idea of this non-joss buffy movie, myself included, and i just think it's questionable that that's the quote you picked.

I don't want to see any more vampire tv shows or movies if they don't involve Joss Whedon. The renewed hype of vampire stories, including Twilight and True Blood, are severely disappointing. A new Buffy, especially without Whedon, will be just another twitching piece of vampire-lore crap added to the rapidly growing heap. Boo Hollywood.

My take on the show is this...while the pilot might not have been the GREATEST, how many shows out there have ever had a wonderful first episode. They all have to spread their wings and grow into themselves. But I do think that Joss Whedon has proven himself to be one of today's BEST storytellers and frankly speaking I can't imagine this show without him.