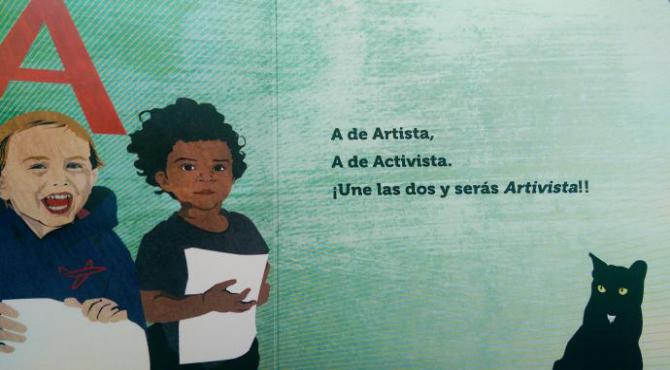 There’s a new book out for socially conscious parents who want their kids to learn some culture along with their ABCs: A de Activista is a Spanish-language book for young kids that teaches the alphabet through lines like, “¡F de foco que brilla como el futuro!”

Innosanto Nagara’s alphabet book A is for Activist began its life as a self-published book in English. Much like Cheryl Kilodavis’s wildly successful My Princess Boy, it was a passion project that was soon picked up by a traditional publisher—in this case Triangle Square—for a wider distribution. Everyone from Publisher’s Weekly to The Crunk Feminist Collective fell in love with Nagara’s vivid illustrations and sincere push for social, economic, and environmental justice. Now a new Spanish adaptation courtesy of Grammy-award winning lyricist Martha E. González will be available October 28, ready to engage the next generation of Spanish-speaking activists. 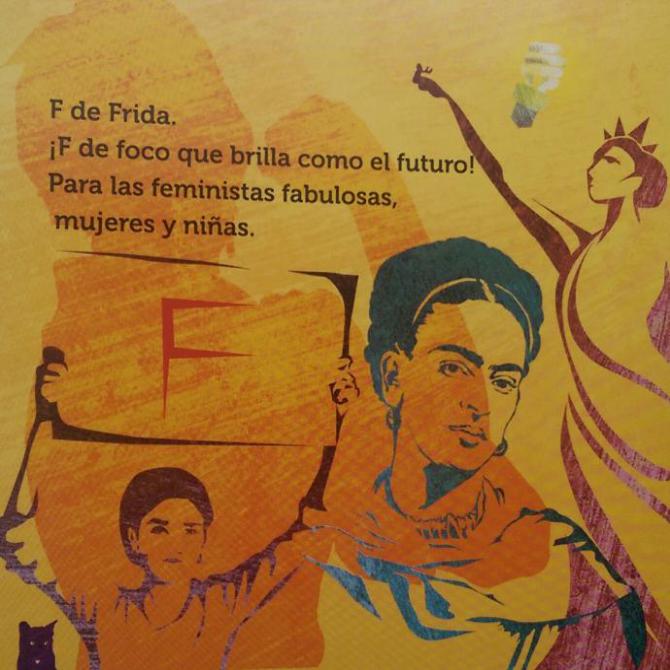 This book hits home for me. For the first six years of my life, I spoke Spanish fluently. My mom likes to tell the story of how I got a gig reading the Spanish-language graduation address for my kindergarten class because I was the only one able to read it. Mami also likes to joke that I began “losing” my Spanish the moment I started hanging out with kids who spoke only English. At six, I was well on my way toward full assimilation into a culture that had no room for a second language.

While I am able to hold conversations with my parents and more or less understand telenovelas, I regret not keeping up my fluency. As I read González’s clever rhymes, I’d realized how much I’d forgotten. I googled the translation for certain words, and I didn’t notice the couplets with letters exclusive to the Spanish alphabet like ñ and rr until the second read-through. Still, there was a part of me that on some level understood every word in the book. By the time I finished, I ached for the parts of my identity that I’d lost and the parts I still have. It’s a book I wish I had found as a kid. 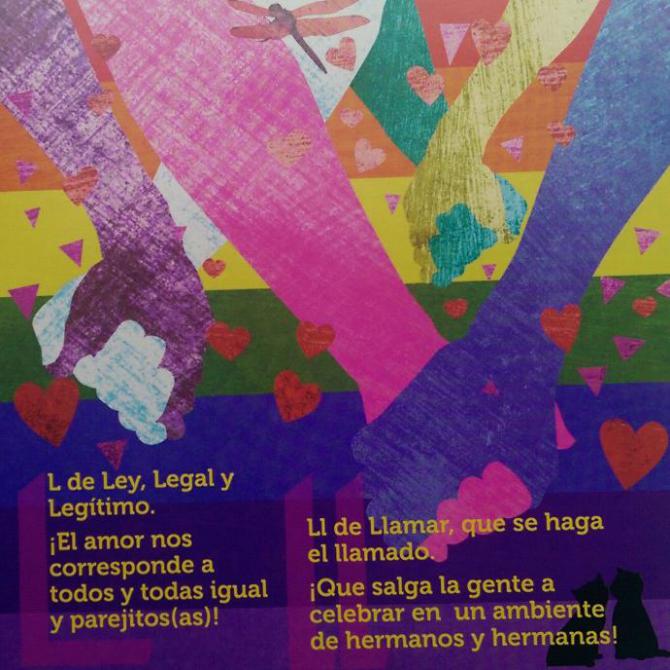 A de Activista trusts its target audience—children ages 3 to 7—not only to absorb its progressive message but understand the multi-syllabic words such as justicia ambiental (environmental justice) and igualdad (equality). It’s a book that helps parents explain to their children how conflict and injustice can be countered with awareness, empathy, and action. That’s something we could all use more of—no matter what language you speak.

Ariana Vives is the new media intern at Bitch, a graduate student at Portland State University, and a pro wrestling fan.