A Female Codebreaker Finally Gets Fame in "The Imitation Game." | Bitch Media

A Female Codebreaker Finally Gets Fame in “The Imitation Game.” 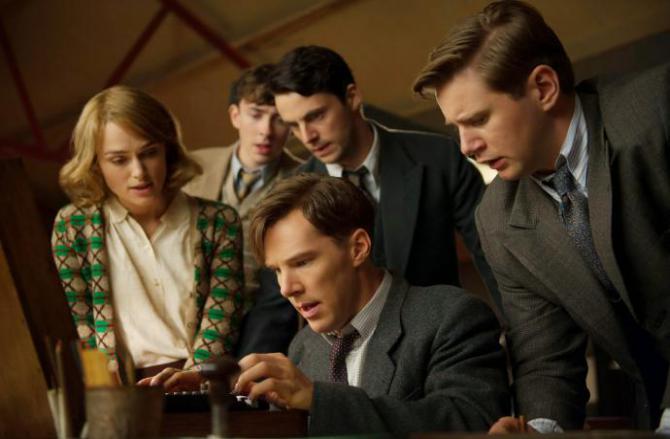 The film revolves around English mathematician and computer pioneer Alan Turing, with a focus on his work during WWII at Bletchley Park. There, he helped crack the Germans’ Naval Enigma machine, which encoded communications between U-boats, ships and onshore command.

Turing’s accomplishments were impressive, but his life was short and tragic. Less than a decade after the war ended, he committed suicide at age 41. He had been indicted two years earlier for indecency for having consensual sex with his boyfriend and ordered to take estrogen in lieu of jail. This “chemical castration” was his punishment for being homosexual, which was illegal in some parts of the United Kingdom as late as 1982.

While Turing’s death made headlines, he was recognized mostly as a brilliant scholar, not for what he did during the war. The details of that vital work would remain classified for decades (and some is still a mystery). The British government that now credits him for helping cut the war short by several years and saving millions of lives turned its back on him at the time and let him be prosecuted. The Queen did not grant him a posthumous pardon until 2013.

While The Imitation Game may very well land an Academy Award for Cumberbatch, as well as more mainstream recognition of Turing and his work, it will also hopefully shine light on another impressive Bletchley code breaker and mathematician named Joan Clarke, played by Keira Knightley. While the filmmakers take liberties with her story, exaggerating Turing’s role in her success and making too much of her being his muse/beard, it’s great to see Knightley play a woman in STEM whose work has remained largely unappreciated until now.

In Clarke’s case, the intense secrecy around her classified work played a huge part in her lack of visibility. The fact that she did not seem particularly interested in fame didn’t help either. But in the last few decades, as the British government has loosened its grip on documents from the war, a lot of people have taken an interest in what went on at Bletchley Park. The site has been turned into a museum, featuring exhibits not just on Turing but also on Clarke and other code breakers.

So, who was Joan Clarke? And how does her real life compare to that of The Imitation Game? 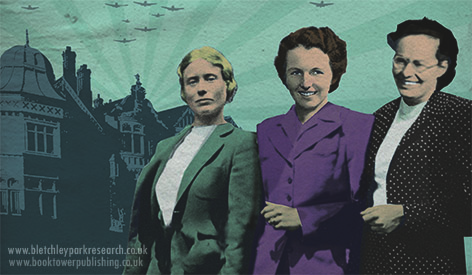 In the film, Turing and Clarke meet when she responds to a newspaper ad calling for crossword puzzle solvers. She impresses him by solving a puzzle that took him eight minutes in just five-and-a-half minutes. He also appreciates that she has several Cambridge math degrees, even though the university at the time did not acknowledge women as full scholars. He quickly becomes her champion, not only overcoming his colleagues’ objections to hiring a female code breaker, but also her parents’ concerns about her working in a place full of men.

In reality, Turing and Clarke likely met even earlier, since one of her brothers was friends with Turing. She did earn several math degrees at Newnham College, Cambridge, and yes, women’s degrees were not fully embraced by the University until 1948. But Clarke, who was brilliant enough to become a Wrangler (a top math student), was recruited to Bletchley by a male professor, not by a crossword scheme.

She started by doing clerical work and quickly impressed her superiors, moving up to code breaking on Naval Enigma in Hut 8, where Turing worked. As a woman, she made a lot less money than the men, but her bosses managed to get her a promotion by making her a linguist. She would later joke that she got this title in spite of only speaking English.

Her real work was too classified to discuss, but she quickly excelled at a Turing-conceived code-breaking technique called Banburismus. She also came up with her own technique to speed things up, though both techniques weren’t used as much once code breaking machines called bombes came along.

In the film, she and Turing become close friends, and she helps him connect with the other men in his hut (though she doesn’t seem to work there) after he alienates them with his antisocial ways (Big Bang Theory fans will see a lot of Sheldon Cooper in Cumberbatch’s Turing). He even proposes marriage to her and she accepts, only to be heartbroken a few months later when he confesses he is gay and dumps her. In reality, Clarke and Turing were close friends. And Clarke was a big part of Hut 8’s work, getting her own desk and even becoming deputy head of the operation in 1944. Turing had left two years earlier to work with the United States Navy.

As for the engagement, that happened in 1941. But Clarke never seemed to have too many illusions of romance with Turing, and saw it as more of a marriage of convenience, though Turing said he wanted children. Just a few days after the engagement, Turing came out to Clarke. She was unfazed, and they continued the engagement. He finally broke it off, not wanting to live a lie. She seemed less bothered by the prospect. Clarke herself would go on to marry a retired army officer.

The Imitation Game has been rightly criticized for making the engagement a bigger deal than it was. It is disheartening that, even in 2014, a film’s only significant female character is mostly shown as an accessory to the male lead.

But the film is, after all, about Turing, and most of the other characters are accessories. A cynical moviegoer might have suspected the Joan character to be a fiction or at best a composite to satisfy diversity and add romantic tension, but again, Clarke was quite real. It’s significant that Hollywood has recognized her work, even though her real life story has been jazzed up a bit for the sake of the script. 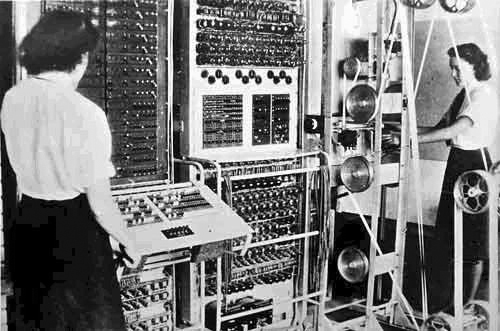 Clarke wasn’t the only female code breaker at Bletchley Park. There were at least three others, including Margaret Rock, who worked in Cottage 3 under Dilly Knox, a male code breaker as respected as Turing. Knox led an all-female team and they decoded the Enigma machine responsible for German military intelligence. Here’s hoping that the legacy of Clarke, Rock, and other women working in STEM during the war get more attention thanks to The Imitation Game.

Their stories would certainly make a fun movie. Sequel, anyone?

Related Reading: Five Female Scientists Who Are Missing from the New Cosmos.

A.K. Whitney is freelance journalist in Southern California. You can see more of her work at akwhitney.com.

The entire run of The Bletchley Circle is available on Netflix. It is a fictional account of the later lives of some of the women who worked at Bletchley. It sprinkles in a few scenes of their time in the huts during the war but its primarily about how they dealt with life in a society that doesn't know about their contributions to the code breaking that ultimately turned the tide of the war. Well worth a watch over the holidays.

The Bletchley Circle is great. It's fun to watch these brilliant women circumvent the sexist system that doesn't realize how much they have to offer. When I started watching the show I felt like it was designed just for people like me--smart, capable, British feminists solving murders. Recommended!

Thank you for this very interesting film review!
If you are interested in the women in STEM, I would recommend "The Bletchley Circle", a British mystery drama miniseries, which follows the lives of four former codebreakers at Bletchley Park. This series was very refreshing with its focus on four strong female characters. It also articulates issues of gender and class in post-WWII British society in a very interesting way.
I hope you enjoy it!