A Future Without Me: Matt Damon is the Great White Hope in "Elysium" | Bitch Media

A Future Without Me: Matt Damon is the Great White Hope in “Elysium”

I love a summer blockbuster. I’ll take a dystopic future flick, a classic underdog tale, and all of the explosions you can send my way. When it comes to summer movies, escapism is a major draw; it’s nice to sit back and fully immerse yourself in an alternate reality.

But it’s hard to immerse yourself in a reality where people like you are relegated to the margins of the storyline. Which was my experience when watching this summer’s Elysium on the big screen.

Elysium provides a snapshot of a moment in time where the Earth-dwelling racialized poor (and Matt Damon!) are exploited by the richest and the whitest folks, who are living in the gated community of the future: a lavish neighborhood in outer space. I had high hopes that with a storyline that represents a take on our current reality, Elysium might be able to take a critical look at the world we live in, while still offering a wild ride.

With the growing gap between the rich and the poor at home and abroad, as well as major environmental change taking place, we are living in a real world that looks a lot like Elysium (sans space real estate). And racialization is a form of oppression for the global majority of those being exploited for the benefit of those with the most privilege. This would suggest that, even just in terms of accuracy, Elysium should have a person of color as its lead.  The more nuanced the representation of that lead character, the more powerful this movie about fighting global oppression would be.

The film tries (and fails) to make an effort at addressing some intersectional issues, including access to healthcare, racialization, immigration status, classism, and government control, but not in a way that does any justice to these issues. Rather, they are framed as background problems that serve to highlight Matt Damon’s largely self-interested quest.

So, why are we watching a cis-straight-white-dude hero? Since when was the typical privileged archetype the relatable face of the oppressed? Since when does Matt Damon represent the underclass organizing to overthrow power and build a more equitable future?

I have a few of thoughts:

One is that Elysium was made for an audience that Hollywood sees as “unconsciously” privileged and that feels that their relative disenfranchisement speaks to all issues of inequity for everyone. In reality we know that even in this theoretical future Earth/Hell/factory-for-the-rich there will still be all kinds of factors that will establish social hierarchies within all of that misery—including race and gender. If power continues manifest in the future in the same ways it does now, Matt Damon would be sitting pretty high up on the privilege pile, telling a pretty privileged story. In reality Matt Damon is the beneficiary of all kinds of privilege, which surely contributed to the decision to cast him in the lead role.

Also, the film appears to cater to the idea that present-day movie-goers get outspokenly uncomfortable when confronted with issues of privilege and with their own real-world complacency. People are calling out Elysium for it’s “liberal” stance already. I can’t imagine if the film had done a more honest job of examining power. If racism stopped Will Smith from getting jiggy with Cameron Diaz in Hitch, I have a sneaking suspicion these same decision makers would have a hard time watching marginalized folks have their day in a movie about subversion of power. Matt Damon represents a safe choice in this instance.

And, of course, Hollywood loves a white saviour. There are very specific portrayals of people of color in many mainstream films that represent a passive and helpless presence requiring benevolent rescue from great white hopes who are carrying the weight of the white man’s burden in the face of injustice.  White folks liberate us, they educate us, they lead the struggle against racism, ad nauseum. In Elysium, one white dude is actually taking the lead on building a better future for us (incidentally of course, because now our problems are suddenly his problems for spoiler alert reasons I won’t go into here). Which just makes me want to throw up in my mouth a whole bunch.

I really wanted to go there with Elysium. I wanted to engage in the politics of income distribution, of immigration reform, of access to healthcare, of the ways in which power manifests. I wanted to root for the hero, and to feel the commonality in a shared fight for justice. And, like all movie-goers, I want to engage in a bit of escapism in a theatre myself—but not at the cost of total erasure.

Other reviews of summer movies: Women are the Voice of Artificial Intelligence in Pacific Rim; The To-Do List is the 80s Teen Sex Comedy We Wish Had Existed in the 80s; An Illustrated Review of Man of Steel 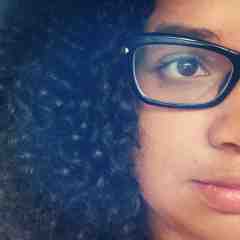 "One is that Elysium was made for an audience that Hollywood sees as “unconsciously” privileged and that feels that their relative disenfranchisement speaks to <strong>all</strong> issues of inequity for everyone."

+1 for seeing through the sham and calling out the truth. Thanks!

Exactly, thank you. I despised this movie for reasons you mention here and more. What's more, as you touch on briefly, he really isn't even a hero. He flat out refuses to get involved until his own life is in danger and then does so specifically and solely to save his own ass. He's not the leader of a movement - he's not the hero. He takes that on a bit at the end but it's not real for him - he doesn't really have an understanding of the broader issues at stake or even really care. It would have been much more interesting if it was about a leader of a movement to destroy Elysium and if that person was a person of color and perhaps even (gasp) a woman,

When I was watching Elysium, I thought there was something off with this film particularly since it was tackling these issues. Then I realized it was casting Matt Damon as the so-called protagonist that it completely white-washed the message. I completely agree with you Brenda that he wasn't even a hero... he didn't care if even the sky palace was going to be burned down. It makes me wonder if this was intentional of Neill Blomkamp.... Elysium would have been the best movie if there wasn't a cis-gender,male WASP.

I was disappointed in Elysium for many reasons - it's just not a very entertaining film for a start - but the casting of Damon was the main one. And for Blomkamp, whose District 9 was an extraordinary take on racism, segregation and privilege. this film and its questionable politics is a strange comedown and sellout. As Gavin Mueller said in his excellent piece for Salon on the film "Matt Damon was so wrong for this role that I wondered if the studios forced Blomkamp to hire a “bankable” white lead. He couldn’t be that stupid to turn pointed commentary on race, citizenship, and gentrification into a white saviour narrative" (http://tinyurl.com/kkuy67k).

I've ben waiting to see what Bitch thought of this film. I couldn't agree more!! Also, the classical lit part with Damon being the sacrifice blah blah blah. I think that says a lot about the film as well. I was really disappointed. I also thought...."Matt is the ONLY white guy left on Earth?...REALLY?!"

Looking back, Will Smith's 6 summer run of saving the world was all the more revolutionary. In fact, save for the occasional project virtually every major Hollywood Sci-fi project in my lifetime--Film/TV both--have featured White men or White women saving a near exclusively White populace, be they earthlings or some other "world".

I doubt that will change ever...