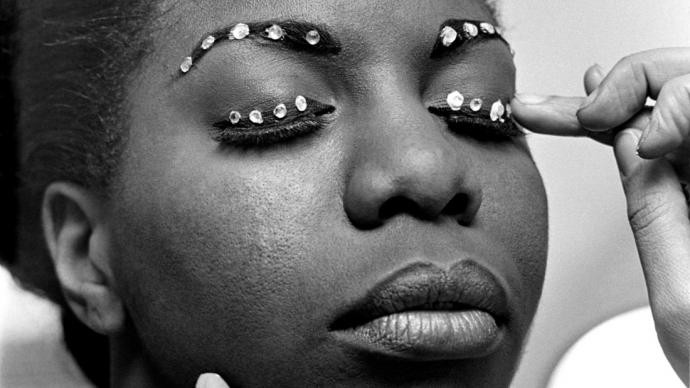 In 1970, Maya Angelou penned an article that asked, “What happened, Miss Simone?”

Forty-five years later, a new documentary revisits the question asked of the singer-songwriter and activist Nina Simone. With depth and rhythm, director Liz Garbus does a beautiful job of packing a complex life into the film—from Simone’s childhood as Eunice Waymon in the Jim Crow South through to her later years of self-exile in Liberia and France. The film debuted at Sundance in January and premiered on Netflix last Wednesday, June 24.

Each chapter of Nina Simone’s life could be its own film, but What Happened, Miss Simone? is an excellent primer on not only Simone’s trials and triumphs but also what it means to be a Black woman in the 1950s, ’60s, and ’70s. Through Simone’s own voice—remarkable concert footage, past interviews, diary pages—and the voices of those who were closest to her, we are able to see the paradoxes of Simone’s life.

Simone dreamed of becoming the first Black female classical pianist to play in Carnegie Hall. But she was relegated to playing dive bars in Atlantic City after being rejected from a music conservatory because of her race.

Throughout her rise to stardom we see that her domineering husband, who was also her manager, was abusive—which contributes  to her later abuse of her own daughter, Lisa. When Simone finally took the stage at Carnegie Hall in April 1963, it was not as a classically trained pianist like she had once dreamt but as the “High Priestess of Soul.”

Simone’s songs were often infused with racial consciousness, and she became a voice of angry protest in 1963 after the murder of Medgar Evers and the Birmingham Church bombing that killed four little girls. As her music evolved, “Mississippi Goddam” (which is terribly relevant still today) was a turning point. Her venom against white supremacy was too much for many listeners and alienated her from mainstream audiences; some radio stations returned copies of the 7” single broken in half, and it was banned on many radio stations. Her anger, disgust, and disappointment with America kept growing, as did her depression and feelings of isolation. She moved to Liberia, Switzerland, and France, where she was eventually treated for bipolar disorder.

While there’s no mistaking Simone’s power and her legacy, the reality of being a Black woman in America meant—and too often still means—being excluded, censored, and punished for saying what must be said. It was understandable that Simone wanted us to sit down and listen.

Watch the trailer for What Happened Miss Simone:

Related Reading: Can Zoe Saldana Do Justice to the Life of Nina Simone?

by Amy Lam
The list of actors who have had clueless responses to #OscarsSoWhite is so, so long.