“Abortion Party": What's in a name?

Damon Linker recently blogged on the New Republic about a “deeply disturbing” Alternet article by Byard Duncan, My First Abortion Party. Linker’s response was inspired principally by Conor Friedersdorf’s blog on The Atlantic, an excellent response to Duncan’s piece focusing on what Linker called the “neglected aspect of the story”—the “exclusion” of the boyfriend, and generally, a man’s role in abortion proceedings.

In that Alternet article Duncan describes attending an “abortion party” hosted by a 22 year-old college senior in Indiana he calls Maggie. It’s important first to highlight a glaring oversight surrounding discussion of this article: the epithet “abortion party” was not coined or advertised by “Maggie”—not according to the article, anyway:

“We’re having a party Friday to raise money,” Maggie said.

Ostensibly a trivial detail, but truly not minor when you consider the connotations. Calling something an abortion party—accompanied by the implication that you’re celebrating the abortion itself—is much different than hosting an intimate fundraiser. Broadsheet bloggers overall responded intelligently, but themselves were complicit in mischaracterizing Maggie’s event, using words like “hoedown” and “kegger”—perhaps for humorous effect—to discuss their reservations about her chosen fundraising tactic. Such lazy characterizations, then, just snowball and end up distorting the source material. All of this repugnance, it turns out, over a celebration that Duncan describes in all its benign detail:

For the price of whatever we were willing to donate, she explained, we could partake of baked goods, beer and dancing.

No celebration of fetal destruction, no keg stands, no fratty hook-ups leading to future abortion parties here. As a philosophy student, this loose and unexamined use of language particularly irritates me, since it’s obvious that the article’s repugnant effect hinges on the distasteful language deployed to characterize Maggie’s shindig. Duncan is the first offender, but discerning bloggers should have caught on rather than perpetuating his mistakes. Even by calling it his “first” abortion party, Duncan implies that this is a booming trend and that this is just the first of many—despite no evidence of this in his article.

It’s no wonder, then, that so much repulsion has been engendered. Linker writes,

The kind of feminists and progressives who would throw an “abortion party” and insist that the father of a fetus facing possible termination should have no say in its fate are thinking and behaving monstrously, I’m afraid, by applying political and legal considerations to a sphere of life (the private sphere) where morality should set the tone. They believe, perversely, that the best (and perhaps only) way to ensure that abortion remains legal and out of the political sphere is to treat abortion–and demand that men treat abortion–as a matter of moral indifference.

Linker here commits his own mistakes: it’s silly for him to presume to diagnose “moral indifference” from such a distance, and ridiculous for him to conclude that the father had no say even though the article assures us it was a mutual decision. But I blame Duncan’s journalistic failings for this sort of misguided outrage.

Duncan’s article subscribes to what I’ll call “egotistical journalism”: journalism that says more about the author than it says about any particular event or phenomenon. Duncan fails to delve into partygoers’ feelings or attitudes—except, unbelievably, when he asks the three-year-old boy in attendance, “Do you feel welcome here?” From that flimsy basis he presumes to enlighten through shallow observation alone. Rather than engaging adequately with his subjects, Duncan approaches the situation with a clear prejudice that he leaves unchallenged:

Even though I thought the presence of a young child at an abortion party was a little bizarre, nobody else seemed to acknowledge (or care about) this contradiction. Instead, the rest of the guests just took turns fawning over him, exchanging high fives and swooshing him through the air. He, along with everyone else, was having a blast.

The duty of a journalist is to ask questions and let subjects speak, not showcase prejudice and ignorance for the sake of grandiosely naming a false phenomenon. Above he tells us attendees are having a blast, but elsewhere he tries to a paint what seems to be a melodramatic picture of an abortion gender war.

Duncan, Linker, and Friedersdorf all are right to point out that the role of men in abortion discussions deserves attention, but Duncan’s piece was crafted, intentionally or not, to detract from such an outcome. Those conversations need to begin from a solid foundation, and luckily Friedersdorf’s blog takes the opportunity to pose some good questions. 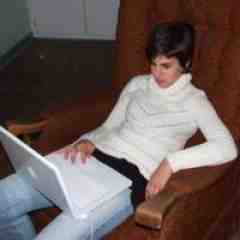 Typical moralizing and pearl clutching that surrounds the abortion debate. (Referring to the TNR piece).

Even if what Duncan was writing about were in fact a celebration of an abortion, it wouldn't be wrong. If we believe that a woman has an absolute right to bodily sovereignty, then it only makes sense that the removal of something from that body which she does not desire would be a cause for celebration.

The partying three-year-old was having a great time, no doubt, because he was with a grown-up who loved and wanted him. Duh. That's what "planned parenthood" is all about. This does remind me of the time I took my young son with me to support a local PP clinic on its most challenging day of the year, Good Friday. The furious rosary-clutchers pushed me aside to shove their gory photos right in his face. I call THAT bizarre, not this.

I try to keep up with alternet's Reproductive Justice & Gender section, but this article doesn't seem progressive at all (if that's what alternet is striving for, really I'm not even sure). Instead, the article is fairly reactionary and gives comment space to purported pro-choice readers to tout the "better then thou" commentary on abortion which does little to aid any women faced with an unexpected pregnancy. Alternet, it seems, just wanted to cause a stir even if that means giving anti-choice groups ammunition to further attack women's autonomy.

Ugh, articles like the ones mentioned in this post just feed negative stereotypes of those of us who believe in full reproductive rights. I shudder to think about someone who is uneducated about such issues reading them and basing their opinion of the pro-choice movement on such distorted reporting. To me it sounds like Maggie and her friends have created a strong and supportive community and are very willing to help each other out in times of need. Did anyone stop to think about why Maggie needed to have this fundraiser in the first place? I would assume either a lack of sufficient healthcare or a healthcare plan that would not cover abortion. Maybe if we were able to ensure healthcare for every woman that included coverage of all reproductive needs, there would be no need for "abortion parties." And asking a 3 year old if he felt welcome? Um, seriously?

...until you invite self-reliance and personal responsibility into the equation. I understand that this is no longer a feminist site, it is a progressive feminist site, but the constant whining about how everything is everyone else's fault is getting old.

If she's diligent and intelligent enough to be a college student, she should have been smart enough to avoid the pregnancy in the first place -- there's only like hundreds of birth control methods out there, I'm sure they're passing condoms out on campus. When I was in college I got my birth control pills for free under the student health plan.

But even if we forgive that she got too hot and heavy to take responsibility for her own body before pregnancy, no one owes her money for her abortion. Sell your text books, work some extra hours, do what the rest of us do when we make choices with consequences - - own up to it.

The idea of an "abortion party" is really just a way for progressives to shove down our throats that it's just a fetus and no big deal. Exemplifying to a 3-yr old that life in the womb is no big deal (won't he be confused when happily expectant mothers call that life a baby instead of a fetus) is not what mainstream women do - this is what fringe leftist women do. I'm sorry, but whether it's a woman's right or not (and I concede that it is) does not mean that we should celebrate the extinguishing of a beating heart and the sucking of it's body out into the sink nor should we condone the fact that supposedly intelligent feminist types still choose to engage in risky sexual behavior.

But I do agree that women who treat abortion as if it were no big deal, have fundraisers to have other people pay for their behavior, and still can't grasp the idea of condom use probably shouldn't breed. I'm sure the only regret they had was that they couldn't get taxpayers to foot the bill. My biggest disappointment is that every commenter on this site sidestepped the ideas of self reliance, personal responsibility and accountability. I guess that's what sets the progressives apart. This is my last visit to this site - - I know, you didn't want me anyway. This site isn't about feminism, it's about being a liberal. This site isn't about empowering women. It's about whining.