About the Cover: The Blood & Guts Issue | Bitch Media

About the Cover: The Blood & Guts Issue 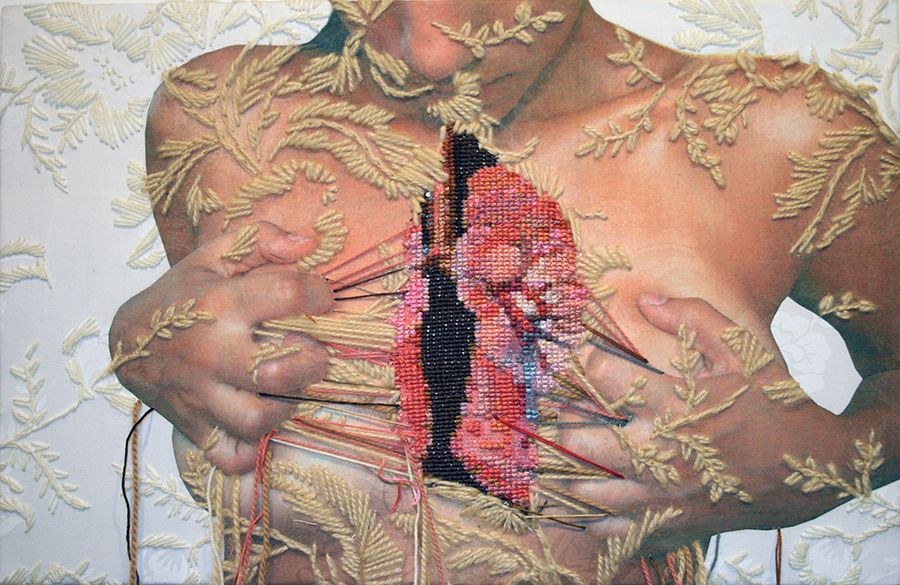 We're honored to feature the art of Ana Teresa Barboza, a multimedia artist from Lima, Perú, on the cover of our Blood & Guts issue.

It's not exactly a policy, but I try to avoid featuring human figures and faces on our covers, because I want people of any color, shape, or size to be able to relate to Bitch. But I thought it could be alienating to completely divorce bodies from the concept of Blood & Guts. And I was pretty set on using this particular image from the start.

Not-so-little-known-fact about me: I studied fine art in college, but I was not a “good” art student. I was sometimes obsessive. My follow through was… not great. I had dreams of printing a Lady Lazarus-inspired book of photos on cloth that was varied in texture and tone: torn apart, stitched back together, drawn on, erased, redrawn. Somewhere in a box there is a book of photos—self portraits—which attempted this and failed miserably. I did things like spend three weeks picking out fabric samples, forget to buy thread, and then decide to stitch everything together with yarn from a free box. The book looks like a weird boudoir/doll project/murder plot. (I did not do well on this project.)

Given this history, you might imagine that artist Ana Teresa Barboza's work is something that I would relate and aspire to. Luckily for our readers, I did not have the attention span suited to attempt embroidery on this cover. And lucky for me, the world has the art of Ana Teresa Barboza. For the Blood & Guts issue, I felt a personal connection to these images that I think a lot of us at Bitch HQ felt.

Multimedia image with embroidery from the same series as our cover image, courtesy of Ana Teresa Barboza.

In a statement for Now Contemporary Art, Barboza writes, “By using embroidery, which is a traditionally feminine language, the images acquire new meaning as they produce a marked dissonance between image and technique.” The rawness and gore of the figure's open chest is “domesticated” by use of a folk art technique traditionally seen in the home. I was intrigued by the discomfort and excitement created by these contrasts; this energy seemed a fitting frame for this issue which dissects the theme of guts in our culture.

In her second major collection, Animales Familiares, Barboza turns outward, exploring the unexpected behaviors of animals and men during situations of affection and aggression. Again, contrasting tensions play out between the pathos of subject material and control of her artistic method.

Any of Barboza's embroidered images would have made an interesting cover for this issue because they explore complex inner workings that lie beneath surfaces: heart and home, pain and pleasure, animal and identity. I love that the person in the particular piece we used is pulling apart their own chest, actively opening themself up to the viewer, and looking into their own heart. By using self portrait in her work—hiding behind decorative camouflage and revealing her insides—Barboza creates a complex discussion about the act of artistic creation. She is on display, but retains agency and control. She lets you see enough to elicit a visceral reaction, but there is distance between you. You can't look away; this act of artistic exposure is brave, it's difficult, it's gross—it's beautiful.

If the word “bitch” is something that has been “hurled at women who speak their minds,” then pairing it with Barboza's art about the act of artistic creation resonates on another level. It makes exactly the statement I want to make when I am feeling gutsy about creating content as a feminist, and maybe you all relate: Eyes open, we acknowledge what we're getting into, and we do it anyway. We do it because, hopefully, we can claim its power. 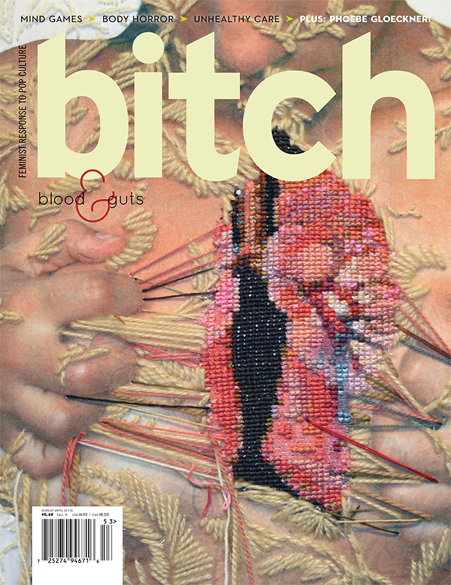 Check out more of Ana Teresa's work on her website.Special thanks to Katja Gantz for translation, so that we could talk with Ana Teresa more easily. 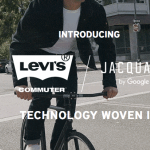