About the Cover: The Love/Lust Issue | Bitch Media

About the Cover: The Love/Lust Issue

The Love/Lust issue of Bitch debuts in early September. The cover is a direct play on the 1969 book cover for David Reubens' Everything You Always Wanted to Know About Sex (But Were Afraid to Ask). 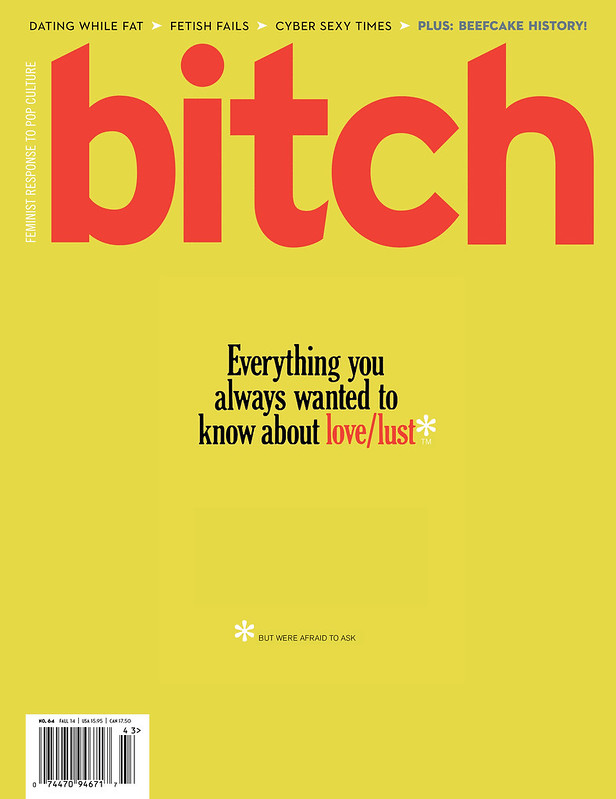 As the art director, it was important to me to relate the cover back to a pop culture phenomena and to do something beyond a lusty homage to erotica or grocery-store pulp novels—besides, how could we top our Pulp issue cover? Given that the Love/Lust issue was already full of juicy art, I wanted to dress this theme a bit more discretely with something that called back to the sex books that I remember floating around in the 70s and 80s. They seem very matter-of-fact to me with their bold titles in clear typography—they're direct, without showing any specific bodies or people that would alienate those who did not look like the ones represented on the cover.

Everything You Always Wanted to Know… was in many ways a product of its time, but the judgmental perspectives it contains on topics like homosexuality, cross-dressing, and more make it now seem like an artifact of an era when to love and to lust differently was literally pathologized. (Woody Allen’s 1972 film adaptation of the book brought some much-needed levity to the book’s paternalistic tone, but like all of Allen’s films, nowadays it leaves a bad taste in our mouths.) But the cover design itself—the title, colors, and type treatment—is a part of our cultural memory. Many remixes of it have been done before ours. 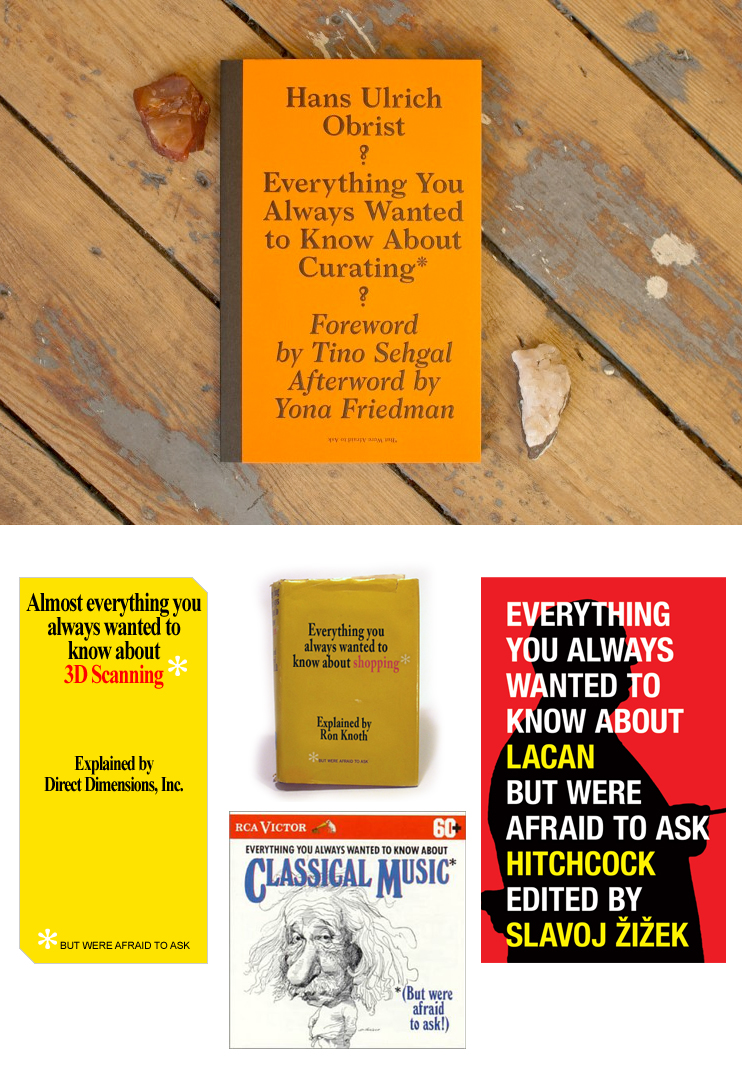 (Whatever floats your boat, but some might argue that not all of these are very sexy topics.)

As magazine editor-in-chief Kjerstin Johnson says in this issue's letter from the HQ, “Magazines and newspapers, decades of pop songs, and centuries of poetry, art, and writing have been devoted to the topics of love and lust.” I like to think that by choosing to go in a visual direction so much in the public consciousness, we call attention to what we can add to the theme as a feminist media outlet at this moment in time—this issue is not to the final word on the topic, but it highlights a variety of voices on the subject from our community. The original cover notes that the book is “explained by David Reubens.” Our take, since we've all certainly read our share of explanations by all-knowing men, is more about sharing knowledge and perspectives that bring the personal into a larger realm.

On a more personal note, something bookish felt more right to me than a blatantly too-hottt-for-tv-type visual. We spent some time here collecting a small stack of office favorites on love and lust within which we could nestle our Everything… title, and some powerful stallion bookends (I could go on about the weirdness of horses and lust, but I will spare you). Ultimately, though, I liked the boldness of our final version.

As a shy kid, I learned about sex through books. And love, to me, has always grown stronger through writing—letters sent across miles, “casual” emails that show off bright humor. I imagine many of you feel the same. 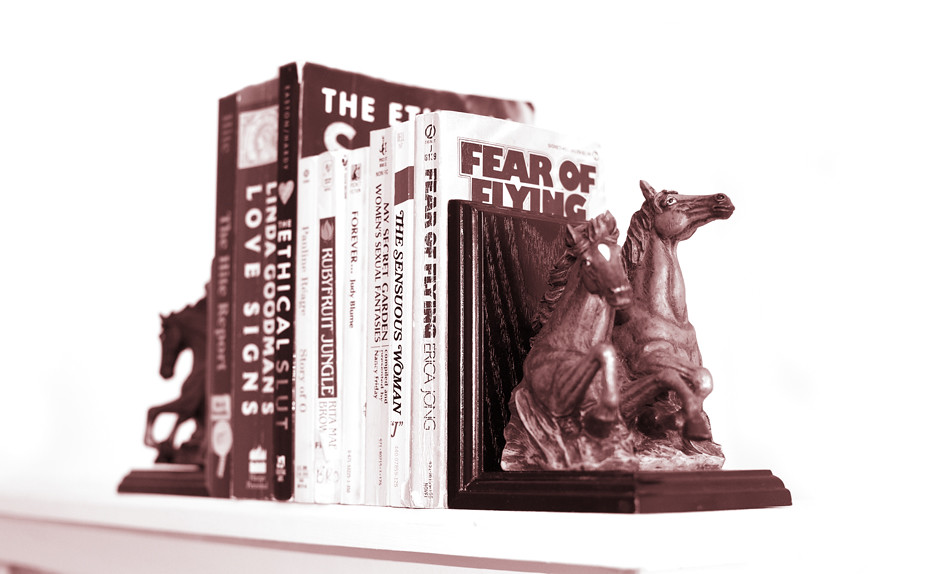 Read articles from the Love/Lust issue now! Subscribe or become a member of Bitch to get your very own issue.

Kristin Rogers Brown is Bitch Media's art director. Before pursuing a career in design, she graduated with a degree in english literature from Kenyon College.

Can someone post the titles of the books in the last picture? Its difficult for me to read all of them and I am curious... :D

Hi!
The books are:
The Hite Report
Love Signs
The Ethical Slut
Story of O
Rubyfruit Jungle
My Secret Garden
The Sensuous Woman
Fear of Flying

Relevant: About the Cover: The Money Issue 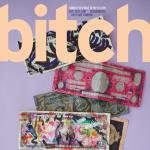 by Kristin Rogers Brown
How much can one “mess with” currency before it loses its value? Before it becomes unrecognizable? Notes from our art director about our cover.