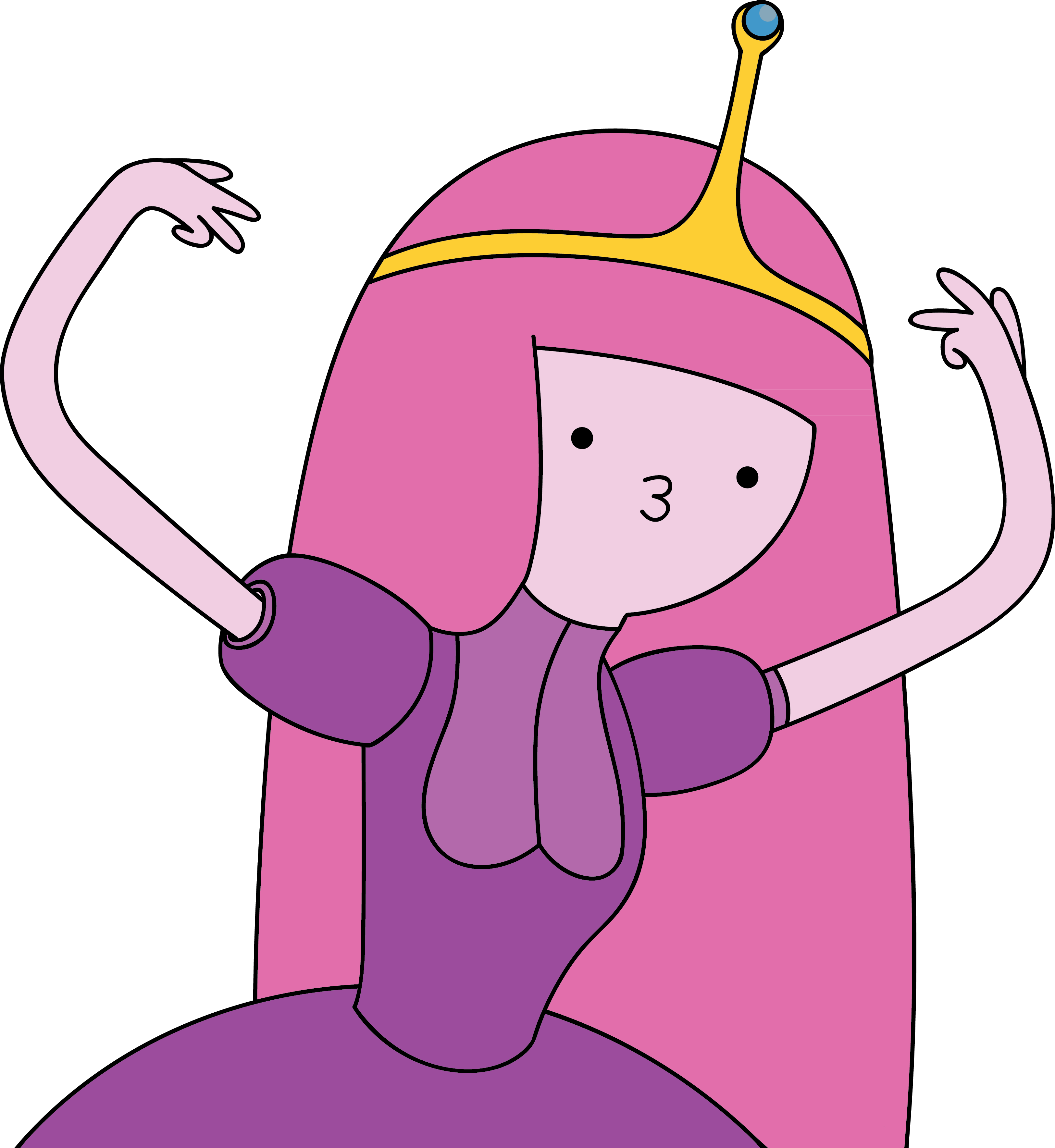 This week’s episode of the cartoon Adventure Time (titled “The Suitor”) revolved around a young man named Braco courting our favorite science fanatic, Princess Bubblegum. By the end of the episode, Braco has been thoroughly rejected. In an environment where the endgame of most princess stories is love and marriage, this rejection, though not surprising (what with Braco being a guest character and Adventure Time being awesome), indicates Adventure Time’s larger rejection of the toxic princess narrative that is worthy of attention.

Growing up in the 90s, I was, like many girls, obsessed with Disney Princesses. But as an adult feminist, I’ve become more than a little disenchanted. The flaws in the standard princess narrative have been pointed out many times before. But here are the Cliff notes: princess stories are usually about a princess finding her happily-ever-after lfie through falling in love with a man. Even when the princesses aren’t totally helpless, the typical message is that happiness for girls can only be achieved through hetero love. The image of what constitutes a princess is narrow and unrealistically glamorous. And, as writer Aya de Leon pointed out a couple weeks ago, the princess never actually gets to have power or govern her kingdom: she just gets the title and the pretty dresses. Which is why I’m so obsessed with Adventure Time’s Bubblegum, because (other than glamorous), she’s none of that.

Though her official title is “princess,” Bubblegum is closer to a queen as the central ruler of her home, the Candy Kingdom. She’s way more interested in science than suitors, and the show been hinted to be queer. (Of course, the way the studio reacted to explicit discussion of those undertones was pretty awful, but still, a queer princess!) And although she looks like a pretty traditional princess (being actually made of bubblegum, she is extremely pink), there’s a positive element to this as well. Disney/Pixar’s heroine Merida also offers an alternative princess story, one about a girl who’s very strongly a tomboy. That’s great, but tomboy stories have their own downsides since they endorse a rejection of the feminine. Princess Bubblegum is feminine, but being girly doesn’t make her any less powerful and it doesn’t stop her from being an active character, although she doesn’t do quite as much adventuring as Finn and Jake (the teenage main character and his stretchy sentient dog).

Plus, some of the stuff she does in “The Suitor” is just great. When Braco arrives in her lab and confesses his love to her, saying that he “loves her so much it hurts,” her immediate response is to scan his brain and tell him that what he is feeling is called infatuation, and that the pain is a result of him overvaluing a projected imaginary relationship with her.

Unfortunately, the episode concludes with Bubblegum making a robotic version of herself for Braco as a gift on the grounds that he can’t be happy without her and, as his monarch, she cannot stand to have him to suffer over her. In the end, Braco’s desires are catered to, even if they are, as Bubblegum points out with her statement, unrealistic and selfish. Still, it’s pretty cool to see a princess rejecting heteroromantic love this way, particularly since she’s choosing science instead, and science isn’t something that girls are encouraged to pursue.

She had me at: "overvaluing a projected imaginary relationship." Yeahuh

I really need to start watching this show now. Just have to finish Parks & rec and Scandal first...

I am so happy you guys wrote something about my bffles Bubblegum. I'm pretty obsessed with her too.
In particular, I'm obsessed with the Bubblegum/Marceline relationship, but I imagine they won't get; much more explicit about it than they have been in the show.

Preach it, sister! Yeah, I pretty much agree with all of this. Adventure Time is, in my humble opinion, one of the best shows on TV.

She's rejecting <i>all love and <strong>most </strong> happiness</i> in favour of her work, and may be overworking herself to death. Basically, her kingdom may be in danger because she won't allow herself to relax, and there's no competent alternatives. Her attempts at building replacements are disasters and she doesn't train up anyone else... maybe there's no-one else?

Princess is a class of being in that world, the other princesses don't seem to actually do anything useful.

I think she's heroic, but who would want to live like that? Like or die, at least Jake and Finn have fun being heroes.

At the end, she seemed genuinely sad to say goodbye to Braco. "happiness for girls can only be achieved through hetero love" ... how is that contradicted here? She's dedicated, not happy. And while she may be bisexual, the explicit romances in her life have all been male.

If you really want a good unconventional role model, Marceline could qualify, although having incredible natural power, rather than anything earned, means you can't really aspire to be like her. Still, she does as she wants, certainly seems to be attracted to both sexes, and has a ball.

Nah, Lumpy Space Princess is the good role model. Independent, full-figured and brimming with self-esteem. Or Tree Trunks and her geriatric sexuality that kind of makes people uncomfortable.

I'm being a bit facetious but I think the point is well taken across the board -- Adventure Time, while targeted at young boys, is cool for having a lot of strong, distinctive, likeable female characters whose lives do not revolve around men.

" In the end, Braco’s desires are catered to, even if they are, as Bubblegum points out with her statement, unrealistic and selfish." - I viewed this scene as an affirmation of PB's previous statement that Braco's "love" for her was, in fact, nothing more than "him overvaluing a projected imaginary relationship". In the end, Braco values the artificial PB just as well as he did the real PB. Having started with nothing, he leaves, satisfied with nothing. It was simple SCIENCE!

" In the end, Braco’s desires are catered to, even if they are, as Bubblegum points out with her statement, unrealistic and selfish." - I viewed this scene as an affirmation of PB's previous statement that Braco's "love" for her was, in fact, nothing more than "him overvaluing a projected imaginary relationship". In the end, Braco values the artificial PB just as well as he did the real PB. Having started with nothing, he leaves, satisfied with nothing. It was simple SCIENCE!

Princess Bubblegum is a manipulative bitch, who constantly tricks a lovestruck teenage boy into going on dangerous adventures for her, and rarely explains why. She uses Finn and Jake as puppets to get the job done.

What is so great about this? Is this what we want to teach our young girls? That manipulation and subterfuge are desirable traits?

No, fuck Princess Bubblegum, I wish the writers would kill her off.

Besides, if you hate her that much, why even bother annoying the shit out of everyone that likes her? Sure, shes flawed, but nobody is perfect. Not to mention that SHE DOESNT ALWAYS USE FINN. She likes him as a friend, and considering that he is one of the best heros in Ooo, she has a perfectly good reason to send him on adventures.

We all have opinions, but I will NOT tolerate her being called a "manipulative bitch" and that she should be killed off.

Have a nice day.

Also, why keep your name anomynous, you little coward?

This is an open forum. Making unpopular opinions is welcomed on a discussion and debate naturally follows. Your only argument against Bubblebitch not being a manipulative monarch is that she doesn't ”always do it.” I fail to see how that little bit is supposed to help.

I love Princess Bubblegum, but I admit that she is rather manipulative at times but that's because she's a leader who has to think about what's best for her subjects. Not everything is black and white; sometimes leaders have to make those kind of decisions. Think of Dumbledore from Harry Potter, he wasn't perfect and he withheld information from Harry and manipulated others because he felt it was necessary to defeat Voldemort.

Finn is her friend and the best hero in Ooo so of course she'd ask him to go on missions that she herself can't go on. Besides if you watched "Ricardio Returns", you'd see that Princess Bubblegum is a good friend who protects Finn as much as he protects her.

Also Bubblegum has made it clear many times to Finn that she doesn't like him; not so much to do with his age itself, but the immaturity that usually comes with being so young( Watch the epsiode "Too Old" ) If she tells him she doesn't feel the same way and Finn still has feelings for her, then that's his own issue. While I'm on the subject of Finn, he hasn't done so many noble things in the recent episodes either. He LIED to Flame Princess and MANIPULATED her and got Ice King in trouble, so he's not off the hook either.

No one is perfect, each character has their flaws but I think all-in-all they're good people. I think that's why I like AT characters so much, they're human ( well only Finn is) and relatable.

To quote Jake the dog ; "Jealoooous?" Certainly sounds like it! 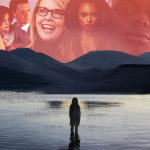