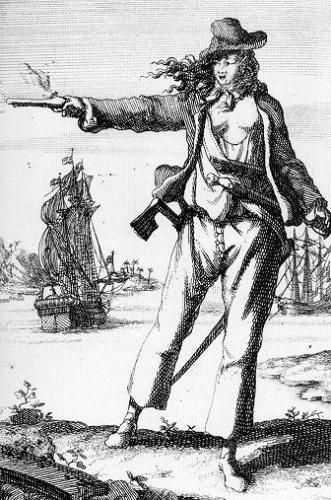 Today’s adventure takes us to the lawless seas of the early eighteenth century, where female sea-dogs Anne Bonny and Mary Read cutlassed and cross-dressed their way through feminine convention.

Born around 1700 illegitimately to an attorney and his maid who eloped from Ireland to South Carolina, Anne Bonny grew up on a large plantation, and showed a propensity towards fighting and self-worth at a young age: “when a young Fellow would have lain with her against her Will, she beat him so, that he lay ill of it a considerable time.”

At sixteen, Anne married a sailor (“a young Fellow, who belong’d to the sea, and was not worth a Groat”) named James. After relocating to the Bahamas, Anne found herself asking a question many women ultimately face: why settle for a sailor (or a groat for that matter–what is that?!) when you’re surrounded by pirates? Anne eventually left James behind, stealing off with one Captain “Calico Jack” Rackham.

Anne’s life on the high seas is exactly how you’d imagine: pillaging, waving machetes, stealing ships, and stabbing people in the hearts when they discover that you’re actually a woman dressed as a freaking pirate (which, allegedly, she did).

Anne’s life continued to be a Disney-couldn’t-make-this-shit-up sort of story when, after the ship captured an English vessel and took its voyagers captive, one British sailor turned out to be another women disguised as a pirate: Mary Read, who had spent most of her life dressed as a man and had served as a soldier in two standing armies. 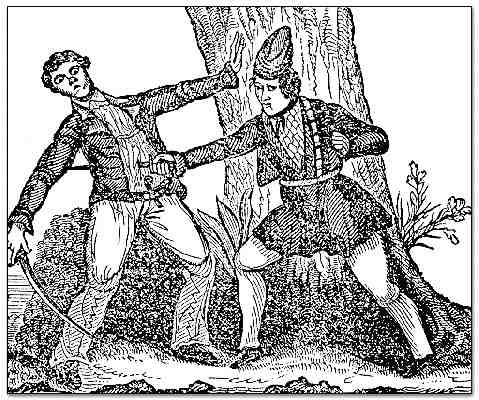 The two women were later described as wearing “Mens jackets, and long Trouzers, and Handkerchiefs tied about their Heads, and that each of them had a Machete and pistol in their Hands…they cursed and swore at the Men.” Bonny “handed gun-powder to the Men.” These women “did not seem to be kept, or detain’d by Force,” but were pirates “of their own Free-Will and Consent….both very profligate, cursing, and swearing much, and very ready and willing to do any Thing on board.”

The two continued to swashbuckle throughout their days. When the ship was attacked in 1720, most of the crew was too drunk or afraid to fight, and stayed below decks while Read and Bonny momentarily held off the attacking fleet. Eventually the ship was taken, and the crew sentenced to death by hanging. Read and Bonny escaped the punishment by “pleading their bellies” (talk about your reproductive rights!) and escaped death, as they were both pregnant. Calico Jack, however, was not spared, and Bonny, bad-ass she was, is said to have told him, “I am sorry to see you here Jack, but if you had fought like a man, you need not be hang’d like a dog.”

Besides Bonny’s unconventional marriage habits, first to the sailor, and then her elopement with Calico Jack, (“Finding they could not by fair means enjoy each other’s company with freedom, [they] resolved to run away together, and enjoy it in spight of all the world”) both Read and Bonny flew against multiple feminine conventions at the time: wearing men’s clothes (trouzers, to be exact), their courage as soldiers and pirates (it was considered a masculine trait), and their willingness to take on the English Crown, at a time when the law was not considered on the side of the working-class population.

While it looks like there’s an amount of historical fiction on Read and Bonny as vast and unforgiving as the sea itself, a more historical account of the two can be found in the book Villains of All Nations that you can check out for further reading!

A groat was a historical coin worth 1/4 pence ("pence" = 1 English penny, the value of which has varied throughout history). "Groat" was, and rarely is, used as a term to describe something of very little worth.

Obviously, Anne Bonny was not particularly fond of her first husband. (If that's a quote...) 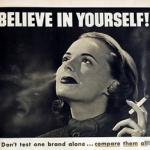